Variations on a raspberry-yogurt theme 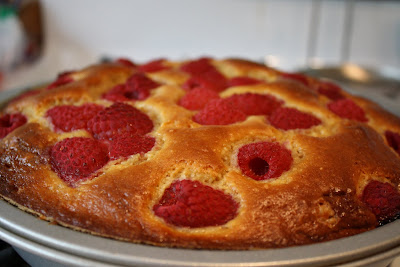 It’s no secret that I like yogurt cakes. There’s been the orange yogurt cake and the plum kuchen. I also like simple baked desserts that incorporate raspberries, like raspberry buckle or my mother’s raspberry tart. So it should be no surprise that I also like raspberry yogurt cake, like the recipe I found on Chocolate & Zucchini. Traditionally, yogurt cake is made using the jar of yogurt as a measuring cup for the rest of the ingredients, but since we don’t have nice jars here like they do in France, I used a regular measuring cup and adapted the quantities accordingly, as below. I also didn’t have enough fresh raspberries on hand, so I used raspberry jam in the middle layer. It was as good as one would expect from a yogurt cake, so I’ll be making it again. Perhaps next time, I’ll try blueberries instead, so as not to offend the Engineer’s delicate taste buds.

In a medium bowl, combine the flour, the baking powder, the salt and the ground almonds. Set aside.

In a large mixing bowl, combine the yogurt, the oil and the brown sugar with a wooden spoon. Add the eggs, one at a time, stirring after each addition.

Bake the cake in the oven for 50 to 60 minutes, until the top is springy and a cake tester comes out clean. If it looks like the top of the cake is browning too quickly, cover with foil for the rest of the baking time. Let rest on a cooling rack 10 minutes, then run a knife around the cake to loosen it and turn out on a rack to cool completely. 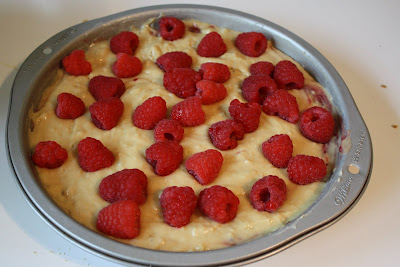 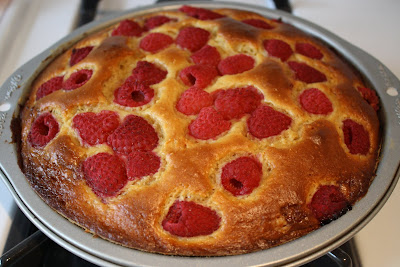 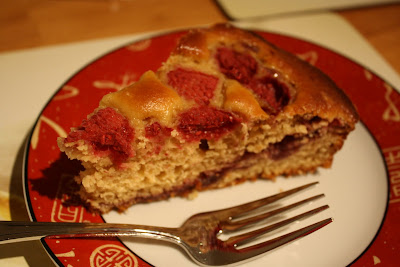