Third time's the charm, or what to do with Buddha's hand citrus

I decided to post this recipe quickly, because Buddha’s hand citrus is only available for a short while (if you are in San Antonio, go to Central Market; if you are in Montreal, I’m guessing that Jean Talon Market or Atwater Market would be your best bet, though some specialized grocery stores might carry it too). I got this recipe on Dessert First (adapted from a Dorie Greenspan recipe), and when I saw Buddha’s hand citrus at Central Market last Monday, I seized the moment and bought one. 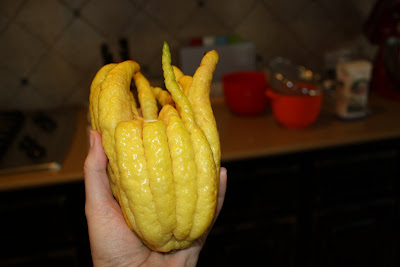 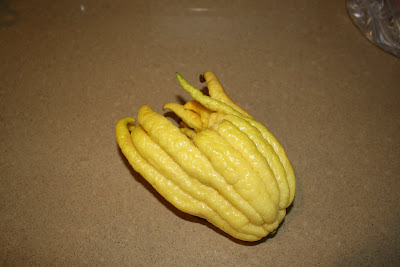 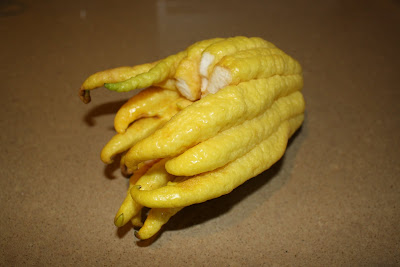 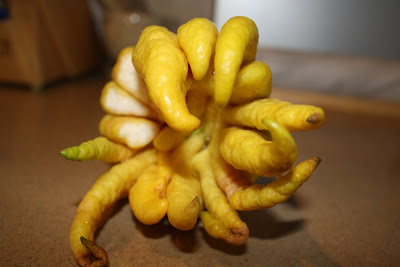 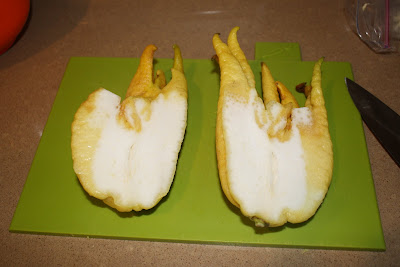 Buddha’s hand citrus, if you’ve never seen it before, looks like an alien fruit (something they would have as a prop at Quark’s bar on Deep Space Nine, for example). It smells fantastic and almost unreal, like freesia or perhaps...Tic-Tacs? It almost smells like candy. Once grated, it has a sharper lemon-like smell. Unfortunately, the Engineer is suffering from newly-discovered cedar allergies, and was only able to detect the lemon smell. The Buddha’s hand has no pulp to speak of, so the zest is really what’s used here. One fruit has enough zest for three of these cakes – and I know because I made three.

You see, I don’t have a small loaf pan like the recipe calls for, so I used this site to determine that the recipe made 4 cups of batter. I therefore used a round 6”x2” cake pan, but ended up needing two ramekins on top of that. My oven was a disaster, even though I had taken precautions with tin foil, because the batter came out of those pans. (This may have something to do with my substitution for cream – more on that in a moment.) However, the cake was so good that I just had to perfect the recipe. So I made it again, with less baking powder, in an 8”x2” round cake pan with wax paper: it worked, but was extremely hard to unmold. I tried again in a 9” round springform pan with wax paper: bingo. No spillage, easy to unmold. That’s the pan size and baking time I’ll be using here. The first two cakes were eaten quite rapidly; the third one was frozen for another time. It may be possible to freeze just the Buddha’s hand zest, which would take up less space. But since it’s a relatively rare fruit, with a price tag to match, I strongly recommend using up all the zest and not letting anything go to waste. 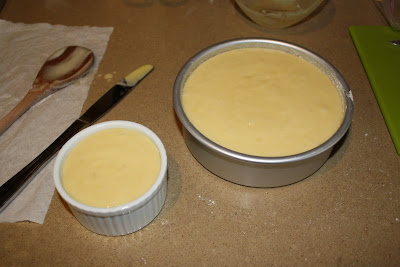 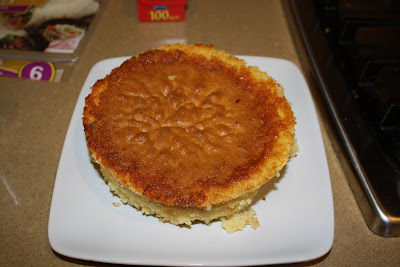 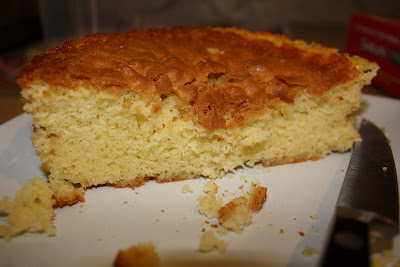 Instead of using 1/3 cup of heavy cream, I used ¼ cup of plain Greek yogurt (a kind I know I can digest) and added lactose-free milk until I reached the 1/3 cup mark in the measuring cup, then mixed well. I hope you get the chance to make this cake, because it is absolutely delicious. It would be good with lemon zest, too, but definitely less special. 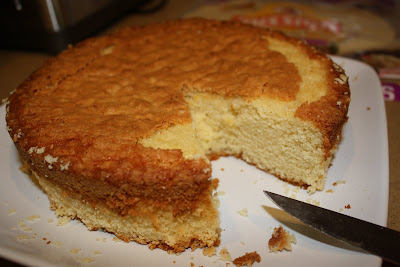 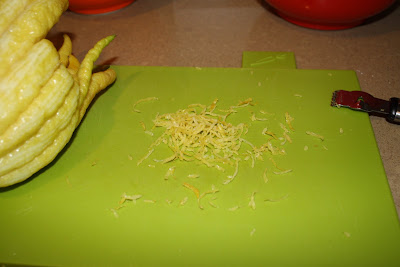 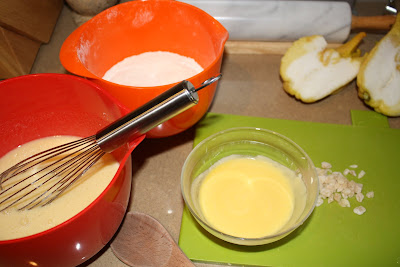 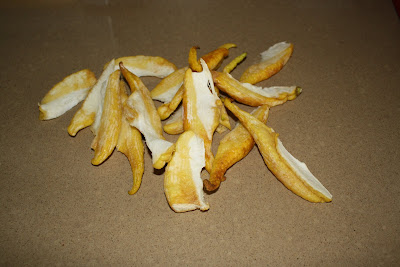 Preheat oven to 350 ° F, with the racks in the lowest position (I used the rack in the second-to-last bottom position, out of five). Grease a 9-inch springform pan; cover the bottom with wax paper, grease again, and flour.

Sift flour, baking powder, and salt together in a small bowl.

Using a wooden spoon, stir in dry mixture in 3 additions until smooth and combined.

Add melted butter and fold into mixture until combined. Stir in the pieces of candied ginger.

Pour mixture into prepared pan and bake for 55 to 60 minutes, until top is golden brown and a tester inserted in the center comes out clean.

Let cool on wire rack before unmolding and serving. 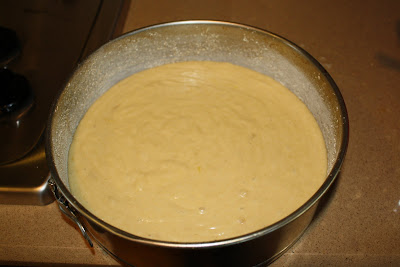 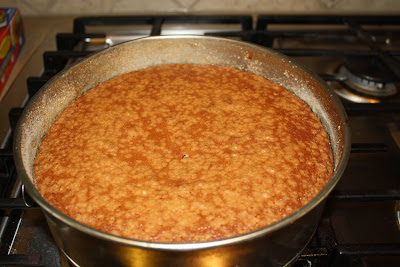 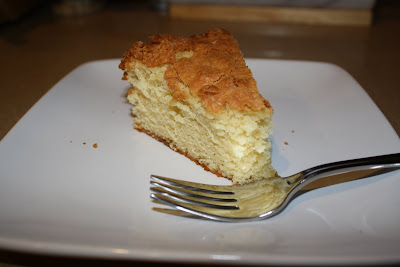 I said that the zest is about the only thing to use on this citrus, but I was wrong: David Lebovitz has a recipe for candied citron!