About a month ago, I made a roasted pumpkin hummus, using a recipe I found on Gluten-Free Girl. I used the seeds from our lopsided, scarred Halloween pumpkin, which we affectionately named Mr. Garibaldi. I dutifully followed the recipe, and while the result was indeed delicious, something just wasn’t right. The hulls of the seeds were just too hard, and no matter how much I processed them, there were too many pieces left in the spread for it to be enjoyable. 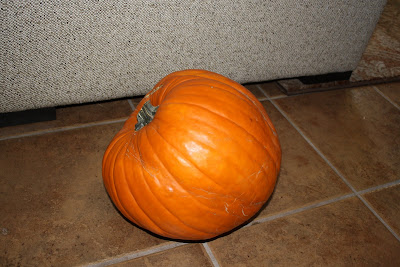 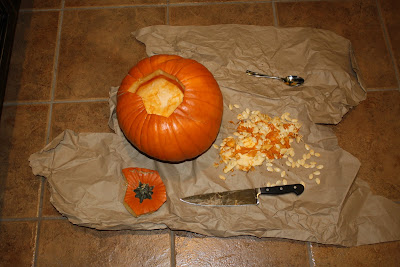 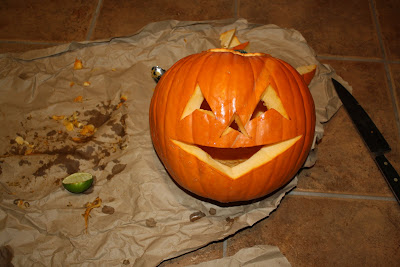 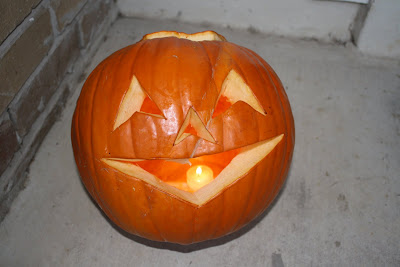 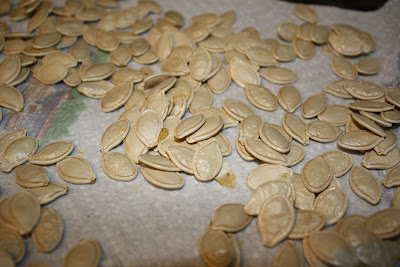 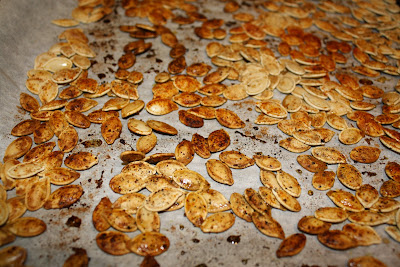 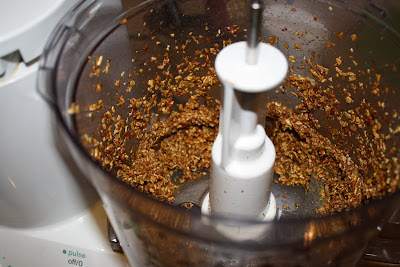 So I decided to buy hulled pumpkin seeds in the bulk aisle and try again (without boiling them to salt them, though). And it was much better! I still feel like the finished product is too thick, so I added water. Then again, the seeds were delicious once seasoned and roasted, so next time I might just make those and not bother with the spread! Let me know if you think of any improvements to this recipe. 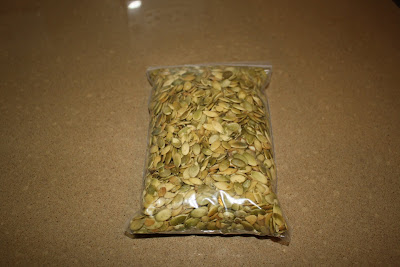 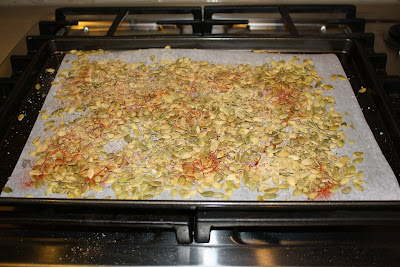 Preheat the oven to 400 °F. Put a piece of parchment paper on a baking sheet. Pour the olive oil on the parchment paper and spread it out with your hands. Put the seeds on the oiled parchment. Sprinkle them with the smoked paprika, ginger, salt and pepper. Slide them into the oven and cook until the seeds have browned to your liking, about 10 to 15 minutes. (I roasted them for 8 minutes, actually, because they were popping.)

Take them out of the oven, let them cool, and eat – or make the spread. 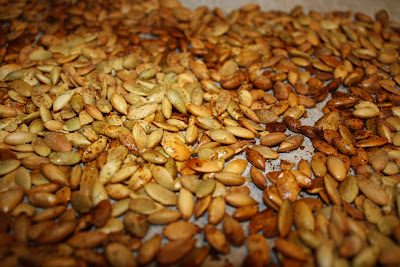 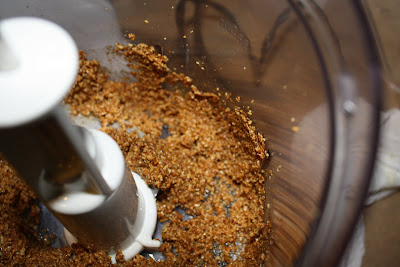 After you have formed the paste, squeeze in the lemon juice. Throw in the garlic and the chickpeas. Turn on the processor and whirl it all up until you have the thick consistency of hummus. You might need to add the water and more olive oil, as the processor is running, depending on the texture you like.

When you have the consistency you want, sprinkle in the smoked paprika and run the processor until the paprika is fully incorporated. Take the spread out of the food processor and let it sit in the refrigerator for 2 hours to allow the flavors to develop fully. 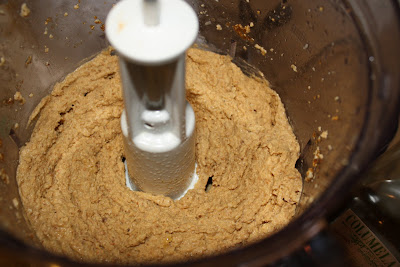 Eat with crackers or vegetables or whatever you want.
Posted by Amélie at 6:21 PM