A mocha cake for my mother-in-law 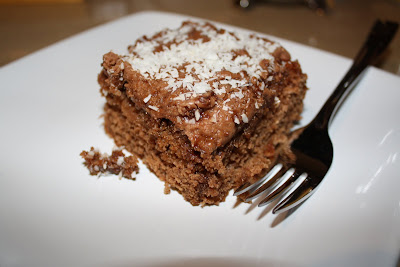 When my mother-in-law came to visit us from Montreal last week, I knew I had to make a mocha cake for dessert, because that’s her favourite cake (and her favourite flavour in a lot of other things, too). I had bookmarked a recipe on Sparkling Ink in anticipation, but without really taking a close look at it. The week before my mother-in-law’s visit, though, I realized that it was for a cake in a 9”x13” dish and it made something like 20 pieces. I wanted something much smaller, perhaps in an 8” or 9” round pan, since we were only three people. So I looked online, I riffled through my cookbooks, I asked my mother and my friend Jen if they had recipes... Nothing seemed good enough, mostly because a lot of the recipes I found seemed to omit what is half of the mocha flavour: the chocolate. I didn’t want a coffee-flavoured cake; I wanted full-on mocha.

So here’s what I did: I simply halved the Sparkling Ink recipe. I made it in an 8” square dish, which made 9 pieces (as opposed to 20). I used vanilla extract instead of vanilla sugar (I thought vanilla bean paste would be too much). You can use whatever kind of coffee you like, including vanilla-flavoured; I stuck to regular instant coffee, since that’s all we ever keep on hand for guests and baking. Beyond that, the only change I’ll add to the recipe below is that I’ll reduce the amount of powdered sugar slightly. Half of the amount recommended by Sparkling Ink would be 7.5 oz, which as you can see by the picture, is a little less than 2 cups, loosely packed. However, I found the frosting a little too stiff, so I’ll recommend 7 oz, tentatively. As you spread the frosting, you might ruin the top of the cake, which will stick to the frosting and rip off the cake as you try to spread it. That won’t be as bad with less sugar, but I think that’s also why it’s important to add the shredded coconut at the end: it hides any imperfections. We all really liked this cake, I hope you do too! 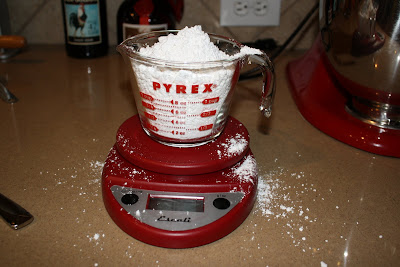 For the cake
Melt butter in a sauce pan on medium-low heat. Pour in milk and let warm back up until the ingredients combine nicely. Remove from heat and set aside.

Combine flour, cocoa powder and baking powder. In a separate bowl using an electric mixer, beat eggs, sugar and vanilla until light and airy. Turn down the mixer speed. Taking turns between the two, gradually add in butter/milk mixture and sift in the dry ingredients. Switch to a rubber spatula towards the end. Mix just until combined. 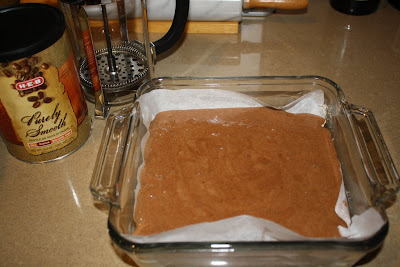 Scoop the batter into an 8”-square baking dish greased and lined with parchment paper. Bake at 350 °F for 25-30 minutes until the cake is firm and a toothpick inserted in the center comes out clean. While the cake is in the oven, make coffee.

Once the cake has cooled a bit, spoon coffee evenly on it for moisture. 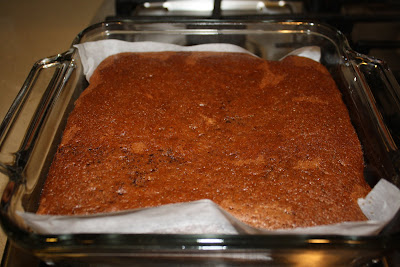 For the frosting
Bring butter and coffee to a simmer in a sauce pan. Remove from heat and allow to cool a bit. 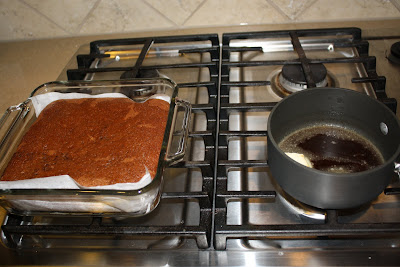 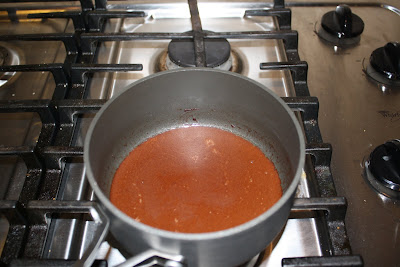 Gradually add in confectioners’ sugar and stir strongly until smooth. 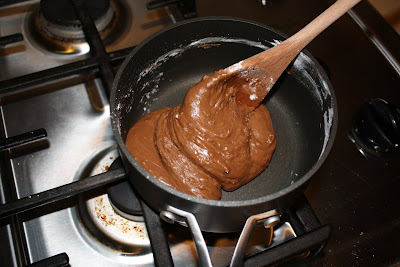 Pour frosting on the cake, starting from middle. 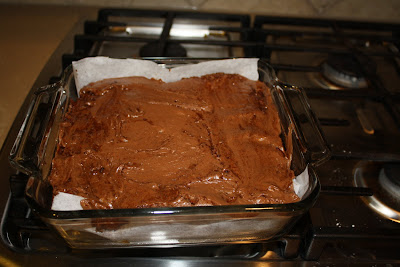 Sprinkle with shredded coconut. Let the cake set in a cool place before serving. 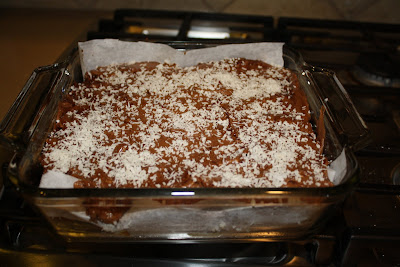