About a month ago, we had the 2010 edition of Vermontfest. Do you think we brought enough games for the weekend? 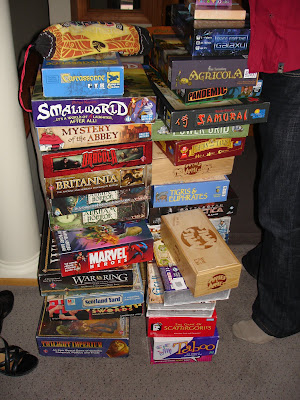 Darwin got to run around on a 50-foot leash in a big field; he also had the option of swimming the pond, but was not at all keen to do so. 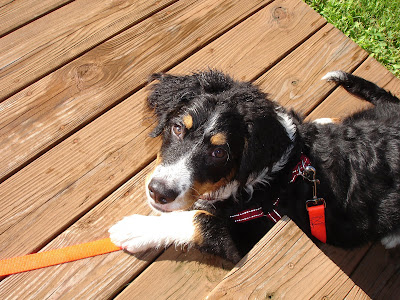 The Engineer made a tomato and mozzarella tart from Baking Illustrated, which was a success. I made a chickpea salad with lemon and parmesan as well as a potato, green bean and basil salad. We also had hummus and veggies, of course. 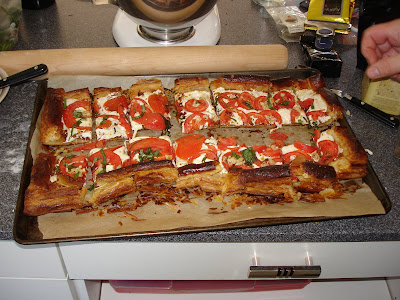 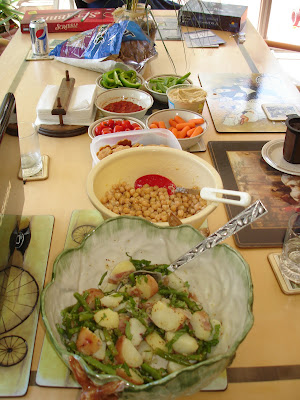 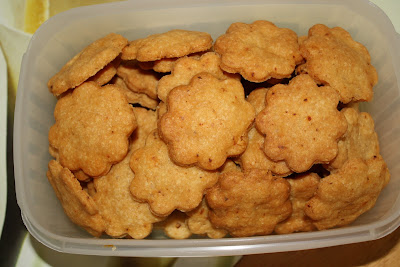 I had made cheese crackers based on the cheese straw recipe, but they were not as successful as the chocolate chip cookies I had made last time (I didn’t have the time to make them this year, but I’ll certainly put them on my priority list next year). I also made banana bread that was eaten on the first morning; I meant to post the recipe, and I will eventually, but not until our things have made their way to Texas and I have unpacked the cookbooks. Jen had brought fresh blueberry muffins, bran muffins and cornbread made with real corn! 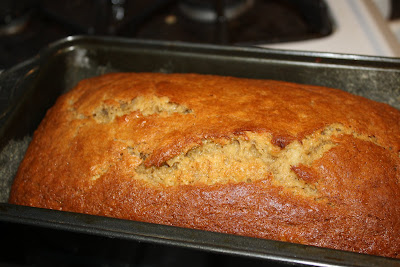 The Legal Chef made cinnamon buns on the second morning, and they were delicious. 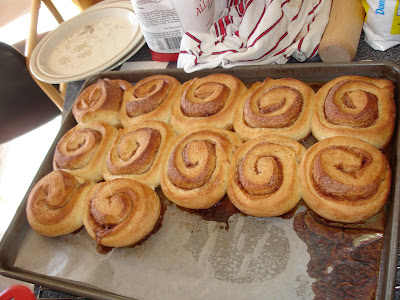 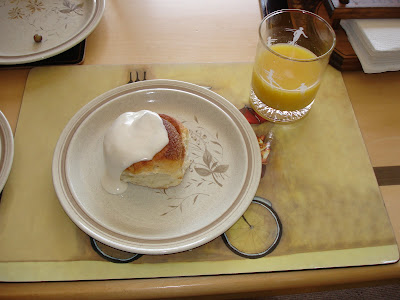 We also split duties for a pasta dinner: this time, I made my grandmother’s spaghetti sauce (I doubled the recipe and used two burners to cook it in a roasting pan, i.e. the container the Actor obstinately called his lobster pot), while the Legal Chef used his Kitchen Aid pasta attachment (on Jen’s Kitchen Aid stand mixer) to make the spaghetti, so it all went much more smoothly than last time. We even cobbled together a rack to hang the strands until we cooked them. The Legal Chef had also made focaccia with Peter Reinhart’s recipe, and it was absolutely delicious. 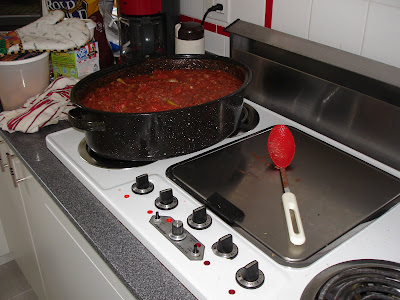 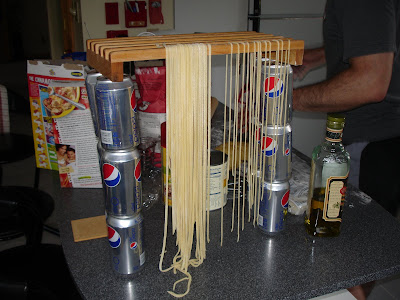 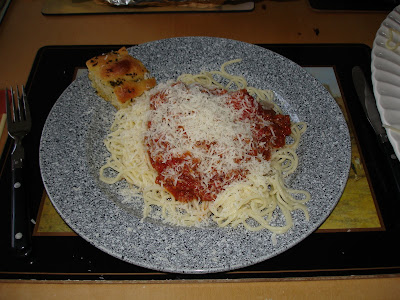 We also had the traditional turkey dinner, with roasted vegetables (Jen was the chef and I was the sous-chef, while the other girls went shopping and the guys had an unforgettable bachelor party for the Legal Chef’s upcoming wedding to E.); Rob made a great gravy to go with the turkey, and Jen also made a salad with a modified Caesar dressing (without fish) that was divine. I also discovered Sierra Mist. 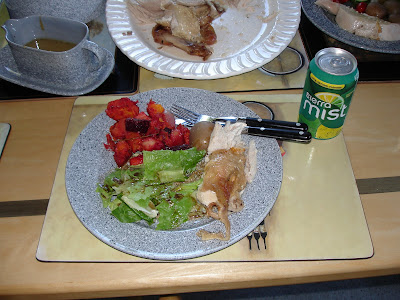 The wildlife was less spectacular than last year, but we did get to see this guy. 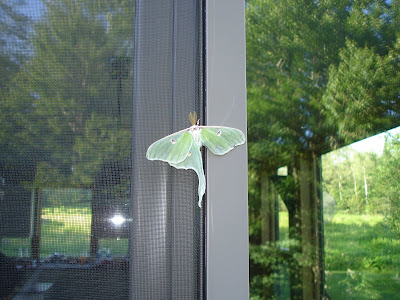 The 12 of us had a wonderful time, and we look forward to repeating the experience next summer.
Posted by Amélie at 2:26 PM