The Engineer and I did a bit of a “goodbye tour” of Montreal in the early summer. We do plan on coming back to Montreal every summer, so it wasn’t like our last meals ever in town, but there were a few places we just had to visit one more time before we left. We used the takeout counter at Schwartz’s for some smoked meat sandwiches with fries and Cott’s black cherry soda (and we bought a jar of steak spice, of course!). We also had one of Amelio’s white pizzas, which are the best in Montreal (and I just now realized that Amelio’s has a second location, in Outremont, so hopefully the quality is there too). 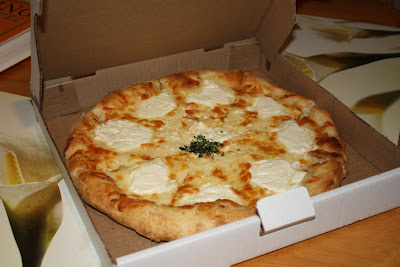 We also had two Itsi Bitsi cupcakes: Caribbean Chocolate (which was supposed to have mango icing, but it tasted more like an orangesicle) and Turkish Delight with Raspberry frosting. The latter was good, but neither one was really great. 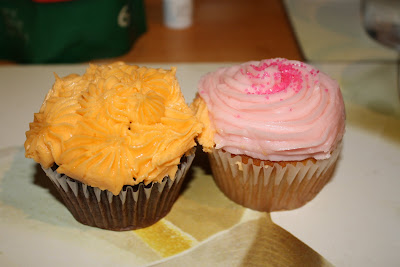 The consistently great cake/cupcake shop is Cocoa Locale. I tasted the chili brownie. I’d been waiting for a while to have Reema’s brownie – you see, Cocoa Locale’s menu changes daily, but unless you call ahead, you just don’t know what the day’s offerings will be. I had already tasted the Olive et Gourmando brownie, which is widely accepted as the best in town, but I disagree: it’s small, very light brown, is more fudge than cake and is overpriced. I make better brownies at home. But Reema’s brownie... Now there’s the best commercial brownie in Montreal. It’s dark brown, made with Valrhona chocolate, frosted and dusted with red pepper flakes. It’s rich, but not too much, and the heat of the pepper is a nice touch. I’m really glad I got to taste it before I left. 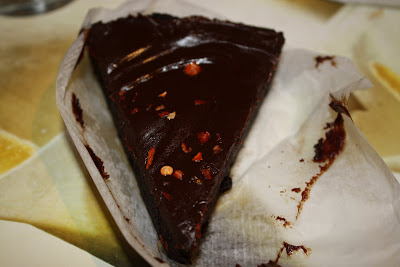 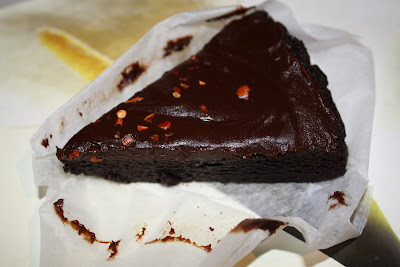