Rhubarb Pie - or, how Molly Wizenberg saved this spring's rhubarb 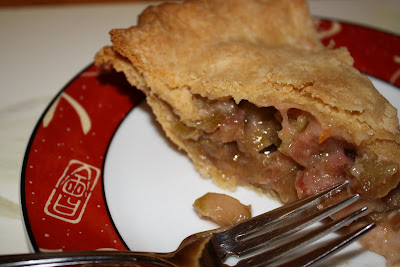 I know I’m really (really) late posting this, and I’m not really doing you any favours unless you happen to have 1 ½ lb of rhubarb in your freezer, but I HAVE to share this rhubarb pie recipe. It’s just rhubarb, no strawberries or anything. But first things first.

I have a bunch of recipes bookmarked to try (maybe 50 online links, plus books). I hadn’t had the chance to try all the rhubarb recipes I wanted to last spring, and the last of my frozen rhubarb had been sacrificed to the Engineer’s strawberry rhubarb pie (it was worth it, though). So I ended up trying two more this year. The first was a rhubarb cobbler. The recipe was intriguing, because the dough called for hard-boiled eggs yolks as an ingredient, along with a real vanilla bean; the cobbler itself looked simple and delicious. So I made this recipe first, but it really didn’t turn out well. 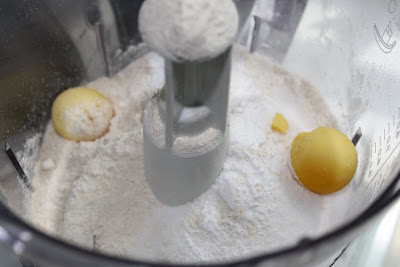 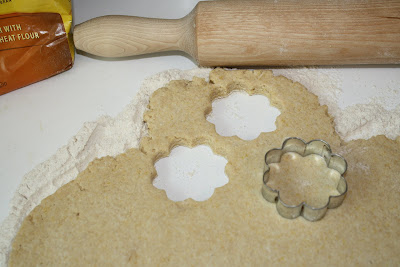 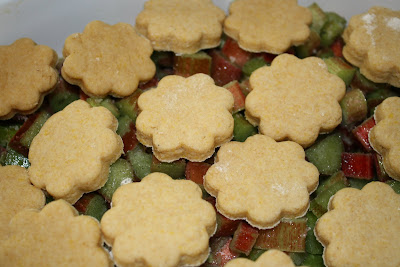 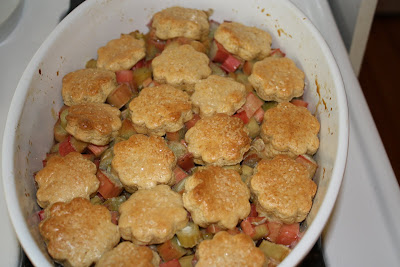 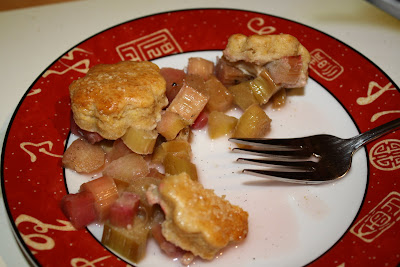 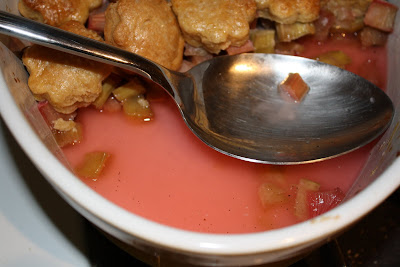 The dough never rose (considering the amount of baking powder called for, I’m not quite sure what happened there), the rhubarb wasn’t sweetened enough (½ cup sugar for 2 lbs of rhubarb, really?), and there was way too much water released during cooking. So I won’t be making that one again, even though the recipe itself has potential (it actually reminds me of another one I made years ago with a lot of different spices – maybe I’ll dig that one up next year).

Then, there was a rhubarb pie recipe on Orangette (not this year’s rhubarb recipe, but it’s timeless). And man, was that fantastic. The pie was beautiful, it held together perfectly, and it tasted absolutely wonderful. That recipe is a definite keeper. I knew I could count on Molly Wizenberg!

Preheat the oven to 450 °F, and position a rack in the lower third of the oven.

On a lightly floured surface, roll one disk of pâte brisée into a circle about 12 inches in diameter. Gently fit the round of pastry dough into a 9-inch pie plate, pressing it up smoothly along the sides. Trim away excess pastry from the rim. Slip the pie plate into the refrigerator for a few minutes while you prepare the filling.

In a medium bowl, combine the sugar, flour, salt, and orange zest, whisking to mix completely. Remove the pie plate from the refrigerator, and sprinkle ¼ of the sugar mixture over the pastry in the bottom of the pie plate. Heap the chopped rhubarb on top of the mixture. Distribute the rest of the sugar mixture evenly over the rhubarb; it may seem like a lot, but don’t be tempted to skimp. Cut the butter into a few small pieces, and disperse them over the filling. 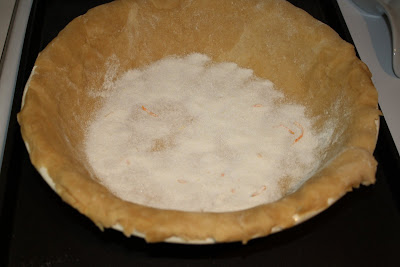 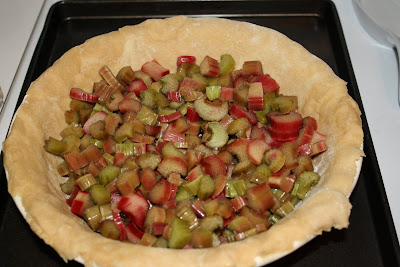 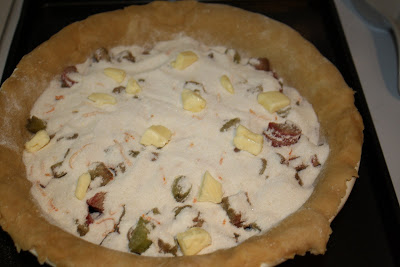 On a lightly floured surface, roll the second disk of pastry dough into a circle 11-12 inches in diameter. Gently lay the round of dough atop the prepared pie, trimming away excess and then pinching and crimping along the edges to seal the top and bottom crusts together. With a sharp paring knife, gently cut three or four slits in the top crust to allow steam to escape. 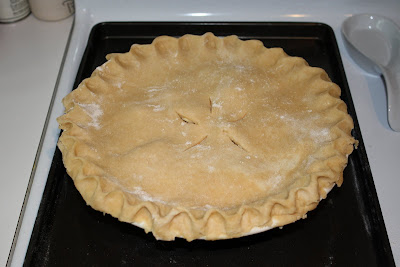 Place the pie plate on a baking sheet (for ease of transport), and slide it into the oven. Bake for 15 minutes, then reduce the oven temperature to 350 °F. Continue to bake for another 40 minutes to 55 minutes, until the crust is lightly golden and the filling is bubbling up gently through the slits in the top crust. Allow to rest for at least 30 minutes before serving. Serve warm or cold, with lactose-free vanilla ice cream or a substitute. 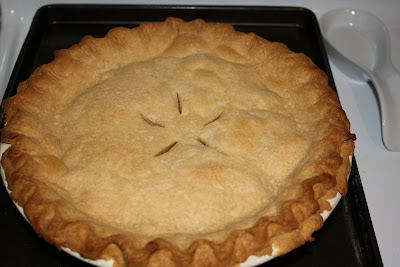 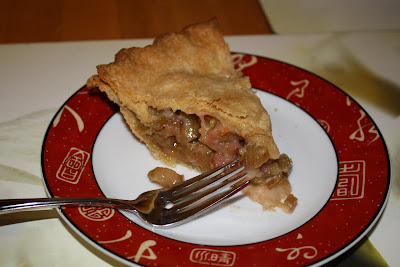