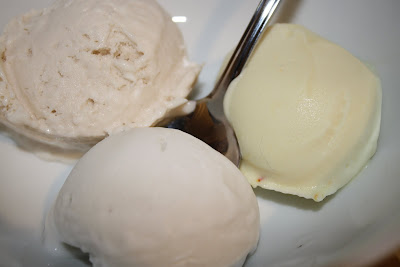 Not too long before we moved, I finally indulged my cravings for homemade coconut sorbet. I found a recipe on Baking Bites (adapted from The Vegan Scoop) and used it as a base, even though I’ve now tweaked it. I call it coconut sorbet rather than ice cream, because it does not contain any dairy (though it does have the consistency of ice cream, just like Tofutti does). I also split the batch in three in order to try out the basil coconut sorbet I’d been dreaming of as well as the saffron coconut ice cream I stumbled upon at some point since.

Well, I’ve decided to modify the “standard” recipe by using neither shredded coconut (which, in my opinion, ruined the consistency) nor vanilla (which ruined the color and overpowered the coconut taste). I winged it on the two variations (basil and saffron), though I had the good sense to use neither shredded coconut nor vanilla in those. I do not recommend that you make these at the same time, especially if you only have one ice cream maker (I made them at the same time because I wanted to do it all before I packed up the ice cream maker and I was impatient). I used two 400-ml cans of coconut milk, for a total of about 1 quart of sorbet, but you do have a little leeway here if your cans have a different size.

Personally, the basil and saffron variations were my favourite, while the Engineer preferred the “plain” and the saffron flavours. This means I’ll definitely be making all three of them again! They were delicious, and a great alternative to grocery-store flavours. 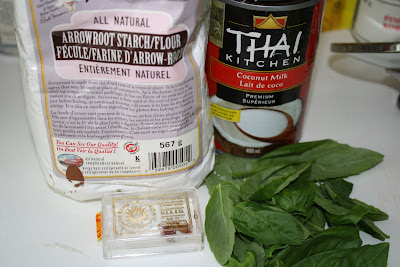 In a small bowl, whisk together ¼ cup of the coconut milk with arrowroot starch. Whisk well to combine.

In a medium saucepan, combine the rest of the coconut milk with the sugar. Throw in the basil OR the saffron, if using. Cook over medium heat, stirring occasionally to dissolve the sugar, until mixture comes to a boil. Stir in arrowroot starch and cook for an additional 1-2 minutes, until thickened. Remove from heat. Strain out the basil leaves, if using. 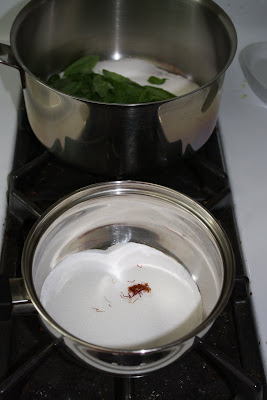 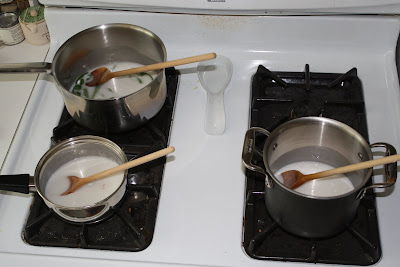 Transfer to a bowl, cover with plastic wrap and refrigerate until cold, about 4 hours or overnight. 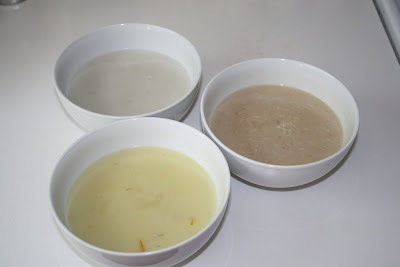 Freeze coconut ice cream base in an ice cream making, following the manufacturers’ directions. Transfer to a freezer-safe container and chill until ready to serve. 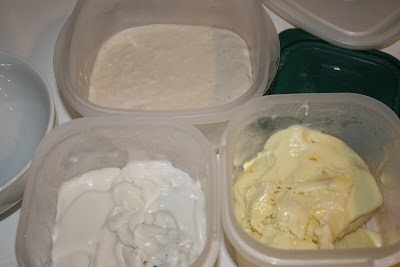 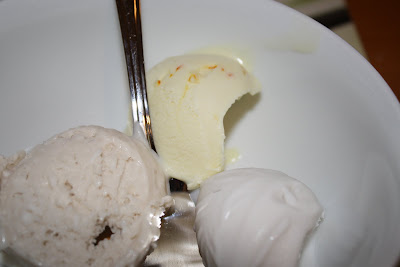