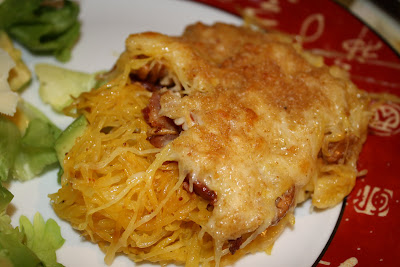 I saw this recipe on Chocolate & Zucchini and tweaked it just a bit to my taste. The Engineer and I just loved it! I’m really looking forward to making it again. We used pecans instead of walnuts because that’s what we had on hand, but I think this gratin could easily be made without nuts (though I’d insist on the bacon). Clotilde Dusoulier recommended using mozzarella cheese, but I used some lactose-free sharp cheddar – delicious. If you’re cooking gluten-free, use gluten-free breadcrumbs if you can find them, or omit them altogether. 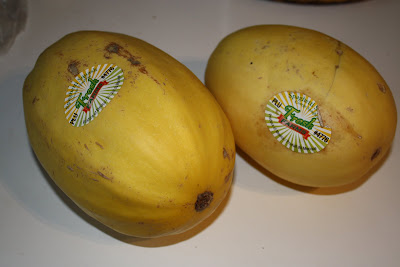 Preheat oven to 375 °F and lightly grease a baking sheet.

Using caution and a sharp chef’s knife, cut off a slice on both ends of the spaghetti squash, to remove the stem and the bottom. Set it upright on the cutting board and slice it vertically in two equal halves. Scrape, scoop out and discard the seeds and stringy flesh. 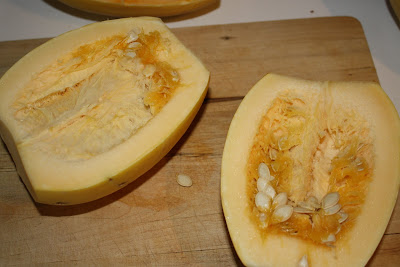 Rub the insides with olive oil, then sprinkle them with chilli pepper, salt and pepper. 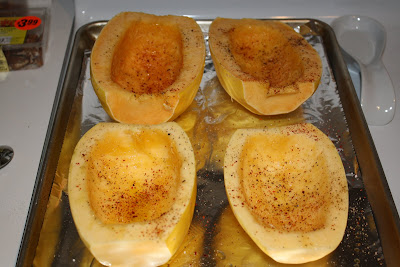 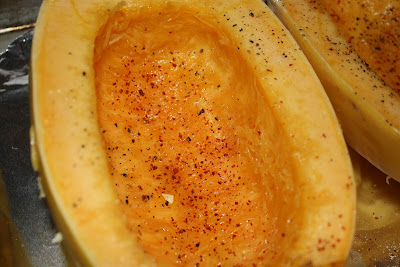 Place both halves on the prepared baking sheet, cut-side up, and place in the oven to roast for 40 minutes, until lightly browned and fragrant. A knife should meet minimal resistance when you try to pierce the flesh, but the squash should not feel completely soft, or it may be overcooked and therefore bland. (In my case, it took considerably more than 40 minutes; be sure to test it with a knife.) Turn off the oven. Set the squash halves aside to cool, until you can bear to handle them (or use silicone oven mitts, like I did).

While the squash is roasting, slice the bacon into thin strips, about 5-mm wide. Place them in a small skillet and cook over medium heat until they’ve released their fat and they’re nicely browned. Scoop them out of the skillet and set them on a plate lined with a paper towel. 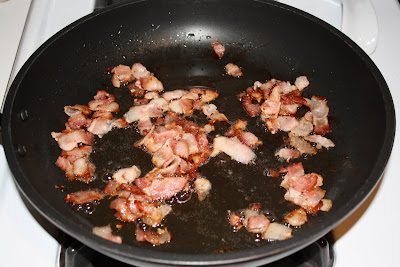 Lightly grease a medium baking dish, about 2 L in capacity.

When the squash is just cool enough to handle, run a fork across the flesh to separate it into strands. 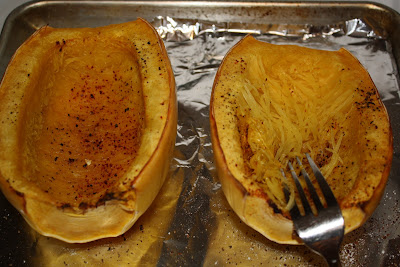 Scoop out and arrange the flesh from one half of the squash to form a layer at the bottom of the pan. Sprinkle evenly with the bacon strips and walnuts. 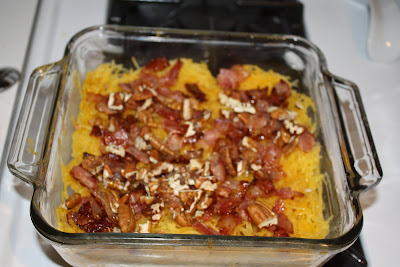 Arrange the remaining squash flesh in a second layer and top with the grated cheese to cover the surface. Sprinkle with the breadcrumbs. 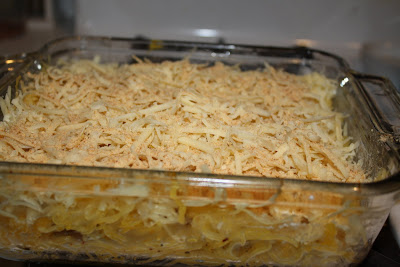 (You can prepare the gratin ahead up to this point. Let cool completely, cover and refrigerate until ready to reheat and serve.)

Switch the oven on again to 375 °F (no need to preheat again, as it should still be quite warm). Return the dish to the oven for 5 minutes, until the squash is heated through again (if you’ve refrigerated the gratin, you’ll need to preheat the oven and it will take a little longer to reheat – say, 20 minutes). Then, switch to grill mode for a few minutes, until the cheese topping is melted and browned. Serve immediately. 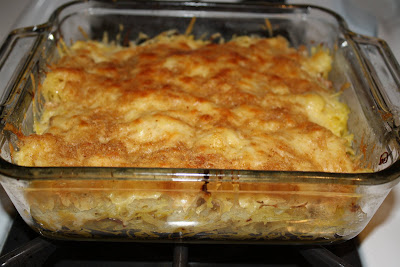 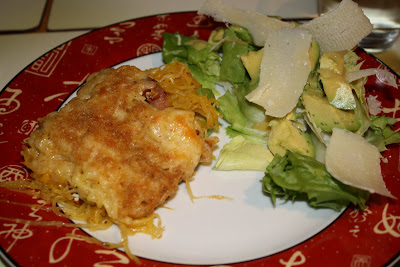 (Here, I served it with Escarole Salad with Avocado and Parmesan.)
Posted by Amélie at 3:06 PM