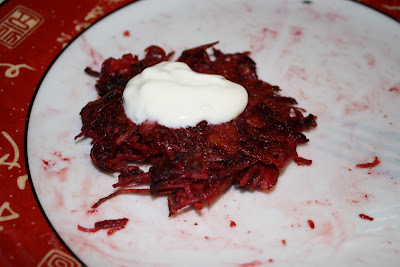 This recipe is adapted from Martha Stewart Living. These “cakes” are basically like red latkes. We toyed with the idea of calling them shiksa latkes, but I decided to veto the idea because I am not about to refer to something as a latke when it contains bacon! So I kept the original title, even though I changed the recipe a bit. (It should be said that I won’t be making these often, as the Engineer feels the taste of beets is too pronounced and he doesn’t like beets.) 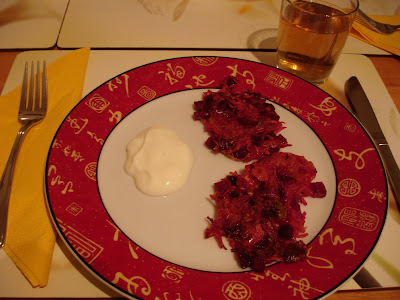 The original recipe called for cooked, cubed beets, along with grated potatoes and small strips of leek. I found that the texture of the cakes was wrong, and they fell apart much too easily. I ended up grating the beets after cooking them. This improved their texture, but they still fell apart too much for me at the first batch (I cooked four at a time). I added an egg white, and while the consistency was much improved, it still wasn’t perfect (second batch). So I added a beaten egg to the remaining preparation, and it satisfied me. I’ll therefore recommend two beaten eggs in the recipe, just to hold the cakes together. I recommend serving these with sour cream or lactose-free yogurt (strained or not). 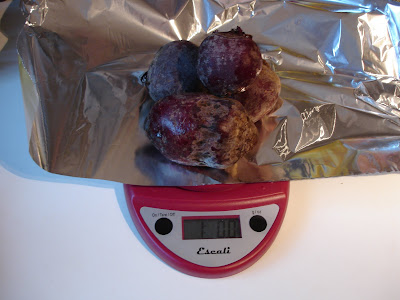 Preheat oven to 450 °F. Place beets on a large piece of heavy-duty foil. Drizzle with 3 Tbsp oil, and sprinkle with 1 Tbsp salt; season with pepper. Fold foil and seal to form a packet. Place packet in oven, and roast until beets are tender, about 1 hour. Let stand until cool enough to handle. 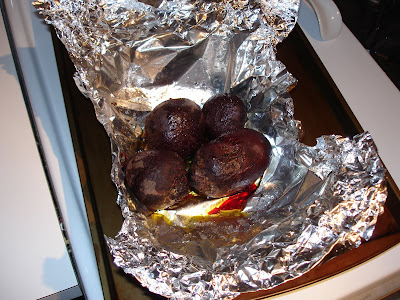 Peel beets with a paring knife or a vegetable peeler and grate. 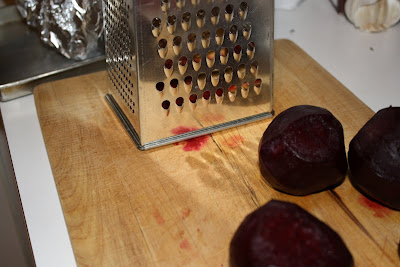 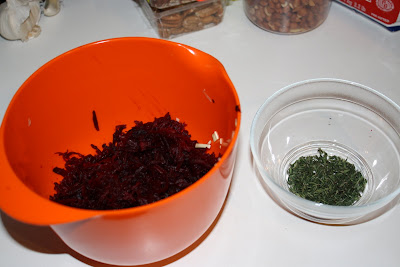 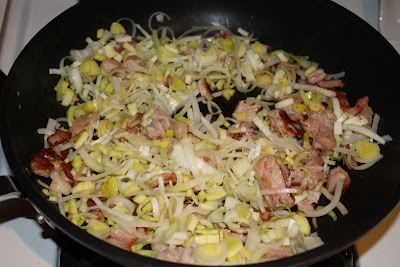 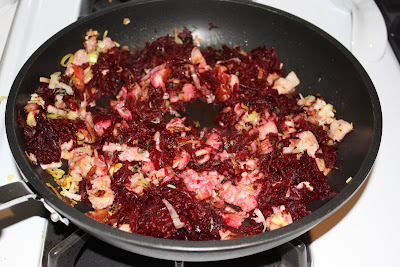 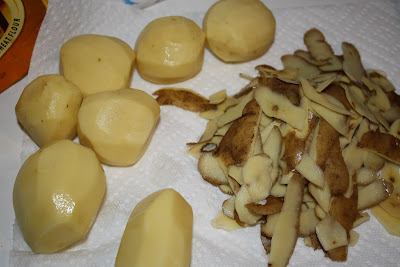 Peel potatoes and grate them. Add potatoes, eggs and 1 Tbsp salt to the beet mixture, and toss to combine. 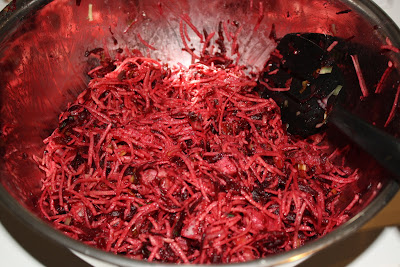 Heat 2 Tbsp oil in the reserved skillet over medium-high heat. Working in batches of 4 and adding more oil as needed, drop ¼ cup potato mixture into skillet. Gently flatten hash cakes with a spatula. Cook, flipping once, until cakes are just beginning to crisp, 3 to 4 minutes per side. Transfer to a plate lined with paper towels as you work, and keep warm in a 200 °F oven if desired. 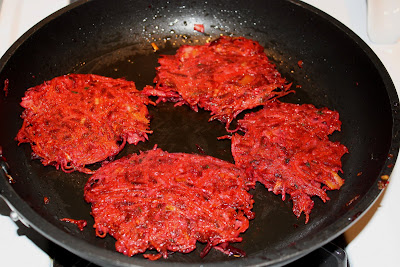 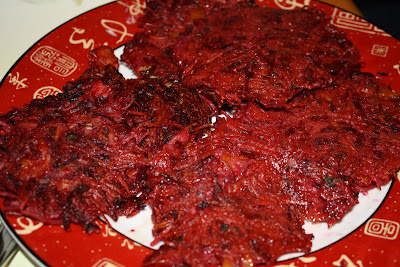 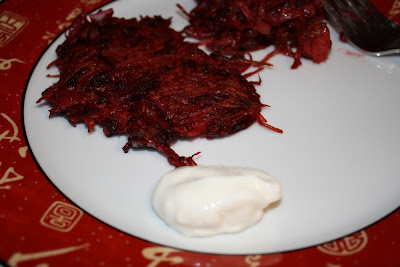 A Martha recipe that didn't turn out? Not much of a surprise. Most of the ones we've tried (or heard about from other people) are marred by elements that just don't work as if the recipes were barely tested before seeing print.I do think she has a better success rate than Rachel Ray and her food looks and sounds much better.
As an aside, I finally got around to making your French Granola recipe. I had some dried cherries around the house to use up, so I added them in as I find they go wonderfully with chocolate. Anyways, it was excellent! J was snacking on it last night and I had a lovely bowl this morning. I was thinking that, to boost the nutrient value, I would also add some flaxseed tomorrow morning. I'm glad I read your blog and get these fun new recipes to try. Later this week, we're going to test RR's pasta with the vodka cream sauce. I'll let you know what I think.