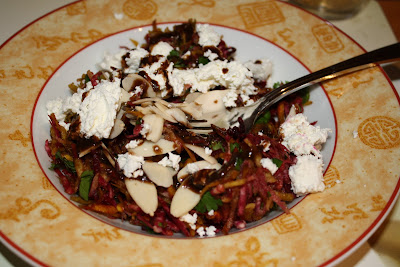 The Engineer recently had a job interview in Edmonton. Since I had to spend two days by myself, I decided to make a dish that I knew the Engineer wouldn’t like. You see, he’s officially decided that he doesn’t like beets (except the ones hidden in dessert), and he’s still on the fence about goat cheese. So what better time to make this grated beet salad and throw in some lactose-free goat cheese to complement it? (Seriously, follow the first link to Tea and Cookies to see the beautiful pictures! And the second one to encourage the makers of delicious lactose-free goat cheese, too.) 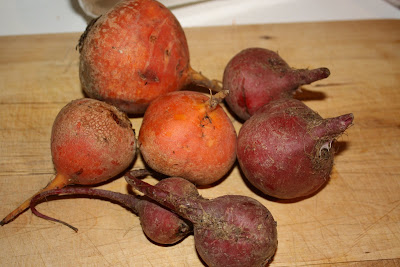 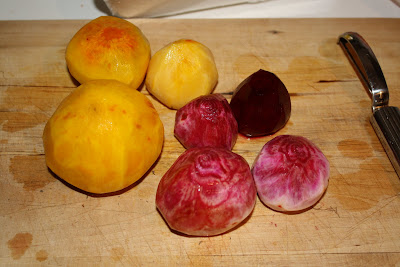 I went to the store to buy yellow beets and some “beet-colored” ones, but I wasn’t really paying attention and I ended up with Chioggia beets, which are really beautiful. I threw in a “beet-colored” beet I had on hand too. It was my first time using yellow beets, though, and I didn’t realize how quickly they oxidize. Maybe there would be a way to get around that by putting the dressing on the salad right away (as the original recipe suggested; I just didn’t listen), so that the acid in it could stop the oxidization. I’ll also mention that raw beets do tend to accelerate digestion, so it might be better to have this salad as a side dish so as not to overdo things. This salad might still work with cooked beets, though.

In a salad bowl, whisk together the mustard and vinegar until smooth. Continue mixing and slowly drizzle in the olive oil until the dressing is smooth and has emulsified (thickened, slightly). Add salt and pepper. (Again, I tend to simplify things and shake the dressing in a little jar.) 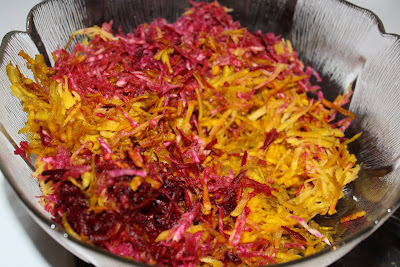 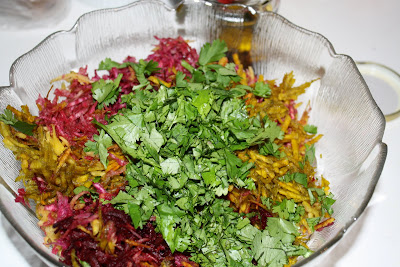 *Side note: with the leftover beets I had in the fridge, I tried this recipe for chocolate beet cupcakes. I roasted pretty beets and made pretty purée and mixed it in the chocolate batter. I scrambled around looking for extra molds. And the one dessert I didn’t unmold was the best – the rest were not meant to be cupcakes. I decided that, since those were full of fat and sugar anyway, I would stick to my Chocolate and Roasted Beet Pudding Cakes, which are healthier, easier to make and better-tasting – and are gluten-free as a bonus.)* 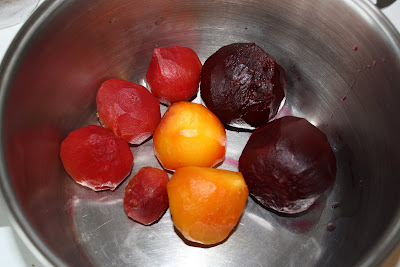 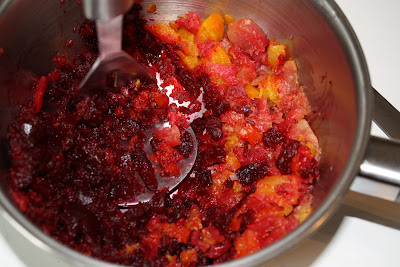 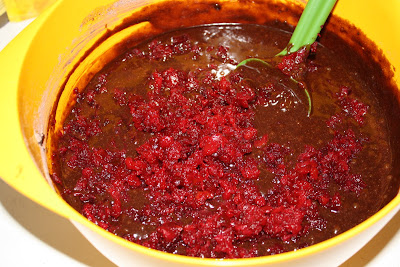 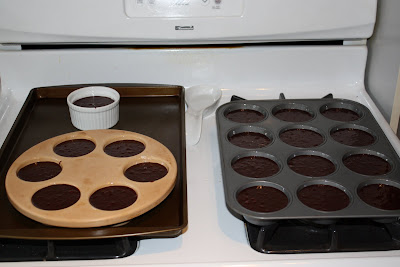 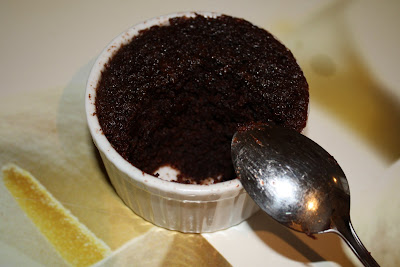 The salad looks truly beautiful.
And I can't believe the Engineer doesn't like goat cheese! Tell him I think he's crazy.