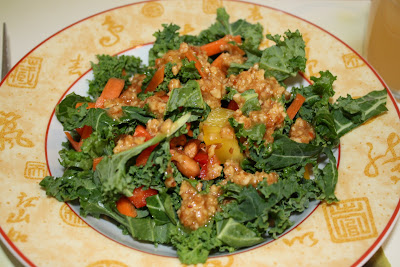 I found this recipe on The Kitchn and really loved it. I would recommend doubling the dressing recipe, and only dressing the salad before serving it (it keeps better in the fridge if the dressing isn’t on it). The recipe called for two bunches of kale, but we got what is, at our grocery store, one bunch, and we had enough to make two salads out of it. I think it’s safe to eyeball it and decide how much kale you want compared to other ingredients. If you can have peanuts, though, don’t miss out on this one! It was really fresh and satisfying. 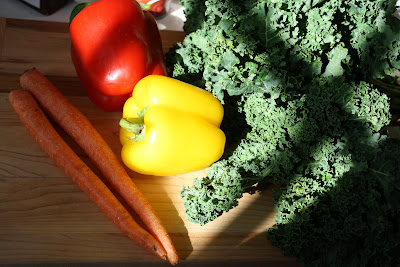 Toss the kale with the sliced bell peppers. Slice the carrot very thin, either by creating curls with a peeler or by running the halved carrot lengthwise down a mandoline. Toss with the kale, red pepper, and ½ cup of the peanuts. 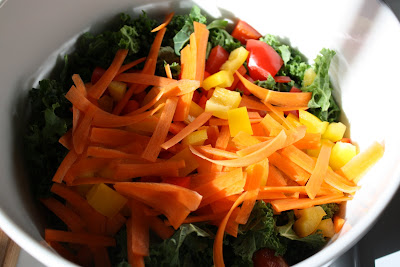 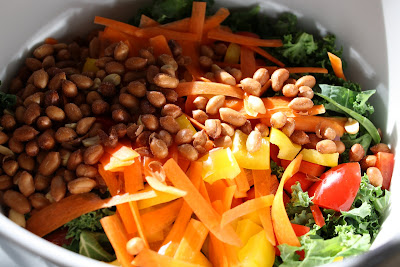 In a food processor, briefly purée the remaining ¼ cup peanuts, oil, vinegar, sugar, salt and pepper flakes. Pulse it just a few times; the peanuts should be partially pureed, but with some nibs and nubs still left in the dressing. (The texture difference between the whole peanuts, ground peanuts, and puréed peanuts in the sauce is one of the things that make this slaw so wonderful.)

Toss the dressing with the slaw and let it sit for at least a few minutes before serving. 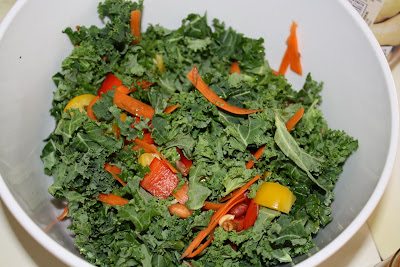 I forgot to mention: don't refrigerate the dressing. :)