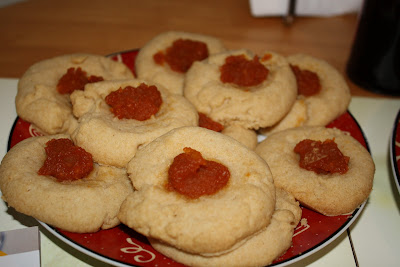 The Engineer made a pumpkin pie last weekend. It was quite good, if a little too lactose-heavy for me. 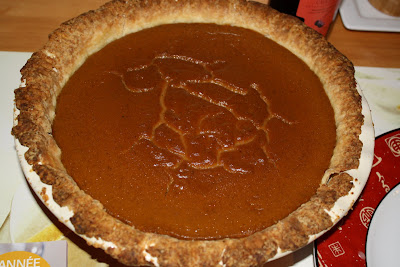 Of course, the pie recipe didn’t use the whole can of pumpkin purée, so I was wondering what to do with the rest. I looked through the long list of recipes I want to try, but most of them seemed to be for yet another pumpkin pie, or even a pumpkin layer cake. Then, I found a link on The Kitchn for thumbprint cookies with pumpkin marmalade: I had just the right amount of pumpkin purée left over, and I could use up the rest of the orange marmalade from this recipe. It was easy to make them, and they were very good, satisfying my sweet tooth without really being that sweet. I like thumbprint cookies, and they are very versatile, too. The pumpkin marmalade was a nice discovery, and the leftovers will be served with sharp cheese and crackers alongside a bowl of soup quite soon.

This recipe makes about 4 dozen cookies. Originally, I set the oven to 300 °F, as the recipe said, but it wasn’t enough; I used 325 °F for the second batch, which is the temperature I give in this recipe, but if I had had another batch to try, I would have set the temperature to 350 °F. If you know your oven well enough, you could do it that way and check on them a bit sooner than is called for. The cookies were crispier (and better) when the oven was warmer. 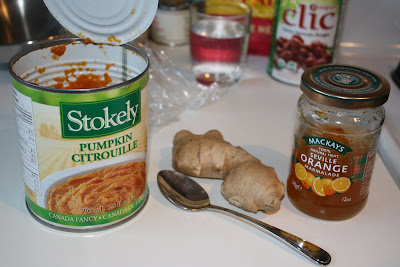 In a medium saucepan, combine pumpkin purée, marmalade and ginger. 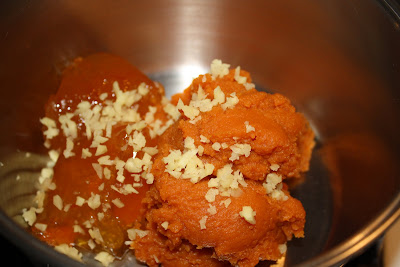 Bring to a boil. Reduce heat to medium-low. Simmer, uncovered, for 5 minutes, stirring occasionally. Remove from heat. Stir in lemon juice. Transfer to a serving bowl and let cool. 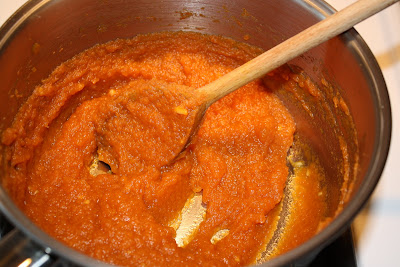 In a medium bowl, combine flour and baking powder with a wire whisk. Set aside.

In the bowl of an electric mixer, cream butter and sugar. Add egg and vanilla and beat on medium until smooth. 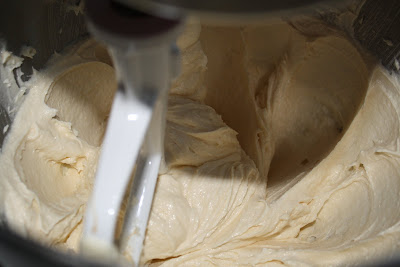 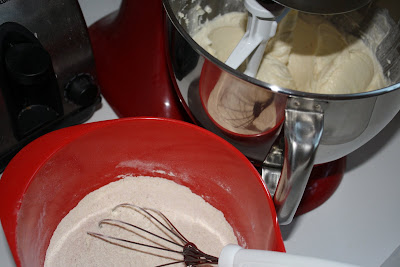 Add the flour mixture and blend at low speed until thoroughly combined. Dough will be firm. 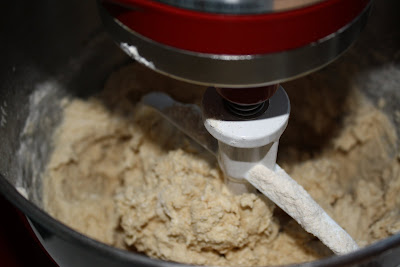 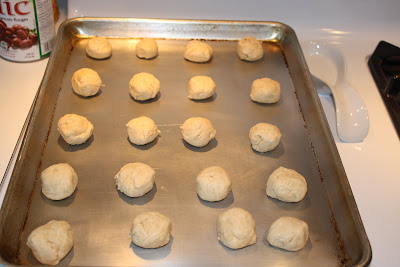 Using your thumb, make an indentation on top of each cookie (I used the large end of a pestle after a suggestion from the blog on which I got this recipe). 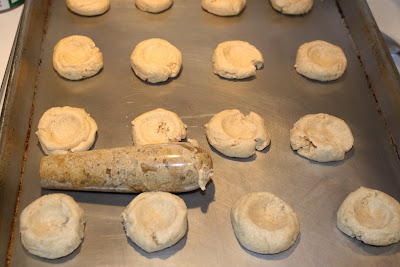 Place 1 tsp of jam in the center of each dough ball. 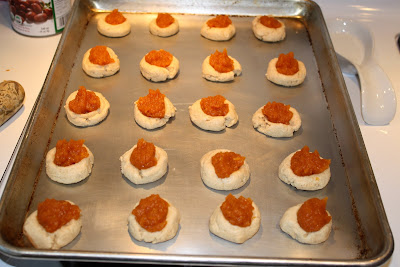 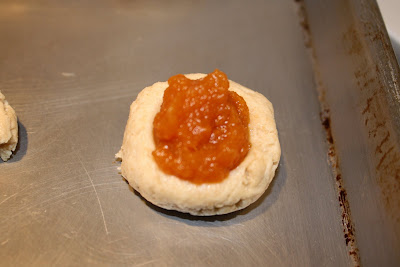 Bake 20-25 minutes or until light golden brown. Transfer to a cool, flat surface. 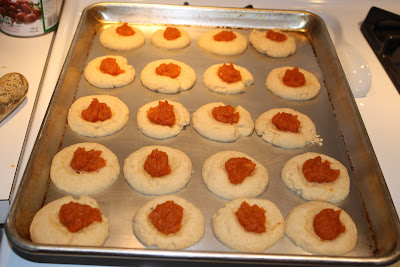 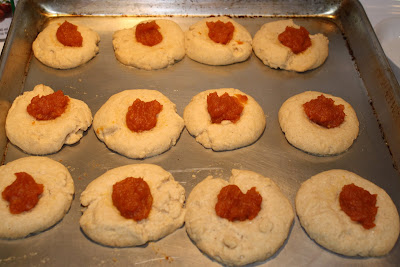