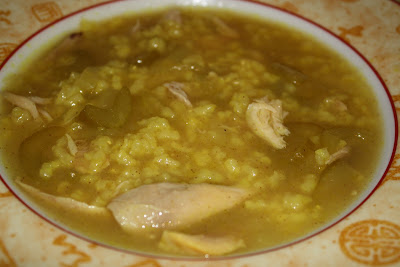 On the drive home from my parents’ house after the holidays, I got food poisoning (from a fast-food restaurant where we stopped for lunch). I was out of commission for almost two days and could barely eat anything. I decided to make chicken soup, since that always seems to help, regardless of the situation. And a real chicken soup, too, nothing from a can or box.

I pulled out the fabulous cookbook I got on my birthday, The Book of Jewish Food, and looked for a recipe. Now, I don’t know about you, but when I’m feeling so poorly that the only thing I want to eat is chicken soup, I am in no condition to deal with butchering a whole chicken carcass. So I decided to make a soup that substitutes chicken wings for the whole chicken, and I made the variation that adds an onion (always good for a cold) and ginger (helps settle the stomach). I sent the Engineer to the grocery store and, since our store is legendary for not having anything, it didn’t have chicken wings. But the Engineer brought back little chicken legs, which worked out perfectly. 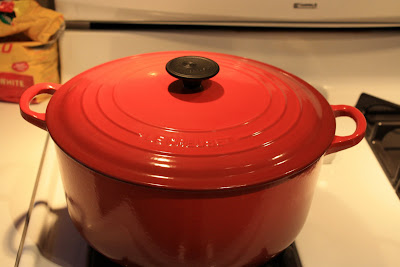 I made this soup in the beautiful new red Le Creuset Dutch oven, also a birthday gift, and took pictures with my new camera. It was a thick, creamy soup, aromatic but mild, which was just what I needed. And wouldn’t you know it, I was able to eat a whole bowlful, and I felt much better by morning. 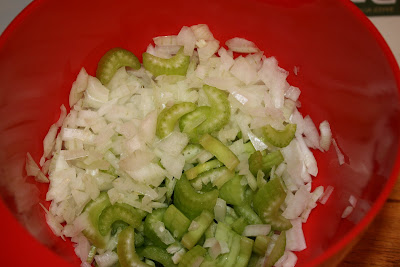 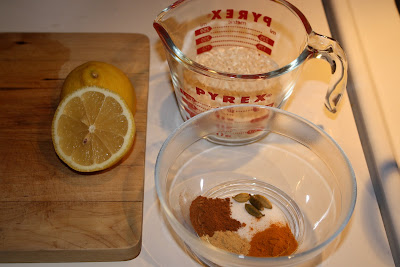 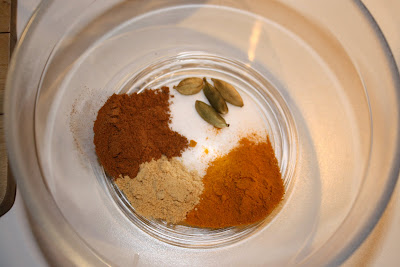 Put the chicken wings in a pot with 2 ½ liters of water. 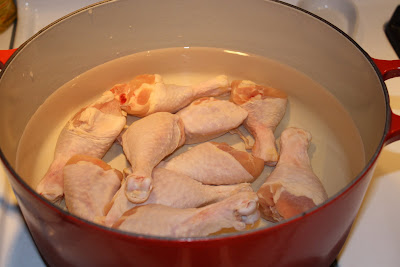 Bring to a boil and remove the scum. Then put in the rest of the ingredients and simmer for 1 ½ hours, or until the rice has softened so much that it gives a creamy texture to the soup. 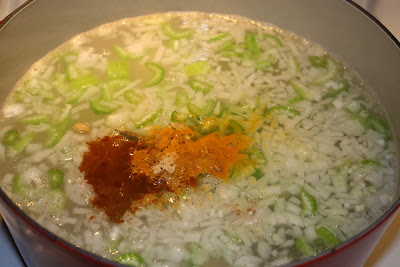 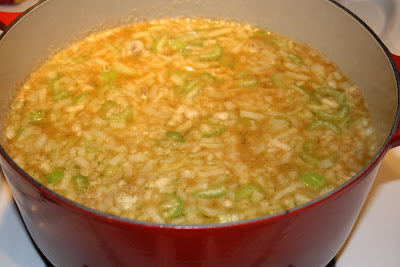 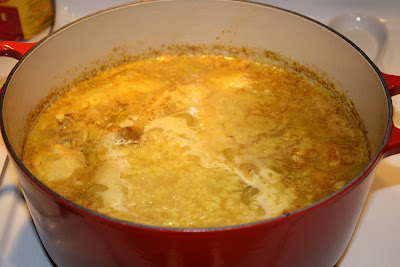 Lift out the chicken wings. 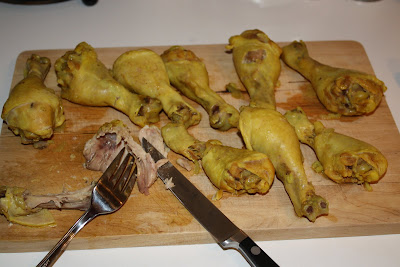 When they are cool enough to handle, remove the skin and bones and put the meat back into the soup. 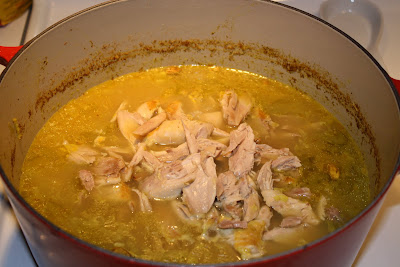 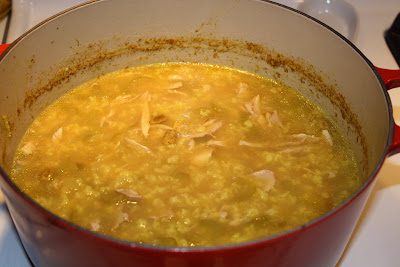 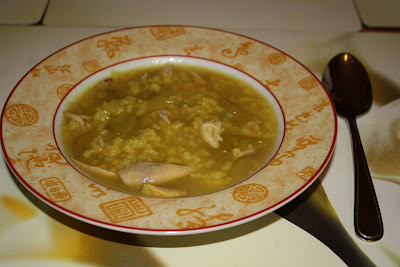 Ok, a few comments:
1) Lovely new pictures. The stove pictures seem to show the most obvious improvement in brightness.
2) Similarly lovely red Creuset. Jen and I hope to eventually continue accumulating a whole set.
3) You know, despite the book saying you should use rice, it's not real chicken soup without either farfel or a matzo ball. I had always hoped to get my grandmother's recipe for chicken soup, but there was never any recipe. It was just her magic. I definitely have fond memories of chicken soups...

1) Thanks! :)
2) I know what you mean. I'm eyeing the 6-piece set you can buy with 52,000 Aeroplan miles... Only 14,000-odd miles to go! And maybe I'd branch out and get one of their lovely Caribbean blue items.
3) That might be true for some Jewish chicken soups (there were several more in the book), but before I'd met the Engineer, I'd never even had matzo balls - but I'd hap plenty of chicken soup. I like chicken soup with pasta myself. And I agree with the "grandmother" recipes: grandmothers always give really vague directions, because it's so obvious to them, and you're sitting there asking for precise measurements and ingredients!