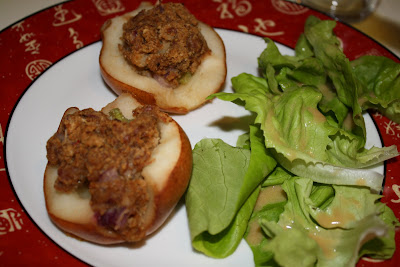 This is a recipe that I found on Chow. It was originally a brunch recipe, but believe me, it makes a nice dinner too, with a little green salad and homemade vinaigrette.

I used mild Italian sausage instead of breakfast sausage, simply because I thought it went better with dinner. If you do the same, you can also add some herbs and seasonings. The cinnamon, while interesting, can be omitted if you don’t like it. And you might consider smoked Korean pepper instead of paprika. I used store-bought breadcrumbs instead of fresh breadcrumbs, and I should have diminished the quantity a bit. I also ended up with more meat than would fit in 6 halved pears, so I made little sausage patties with the leftovers and baked them separately.

Heat oil in a medium frying pan over medium heat. Peel and core a pear and cut half of it into small dice (reserve the other half for another use, or eat it as a snack like I did). Combine diced pear with onion and celery, and season with salt and freshly ground black pepper. 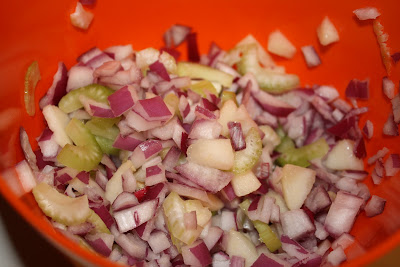 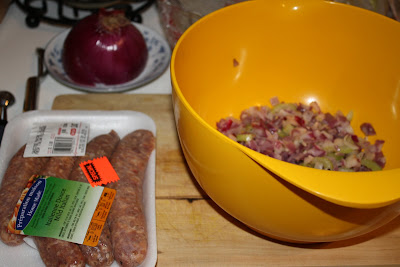 When the pan is hot, sauté the mixture until the onion is translucent, about 5 minutes. Add garlic and cook until just soft, 1 minute more.

Remove pear mixture from heat and transfer to a medium bowl. Allow mixture to cool in the refrigerator for about 15 minutes. 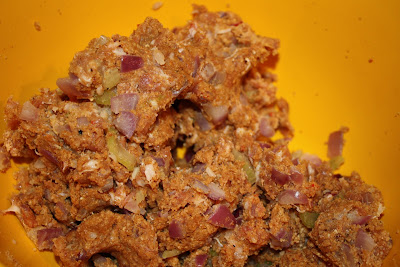 Heat the oven to 350 °F and arrange a rack in the middle position. Cut remaining 6 pears in half lengthwise and remove the stem. Cut off a small slice from the uncut side of each pear to create a flat base for the pear to rest on while roasting. Using a melon baller or a small spoon, scoop out the core and another ½-inch or so around the core to create a hole for the sausage mixture. (Here, you can use half a lemon to wipe over the pears and keep them from turning brown too quickly.) 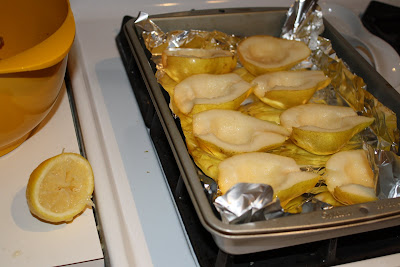 Divide sausage mixture among the pears, filling each half generously. 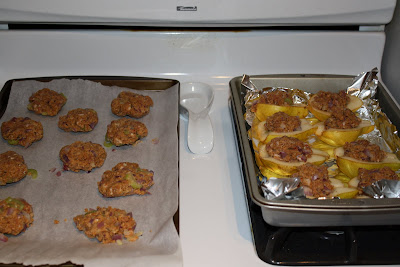 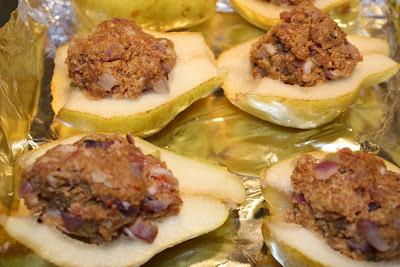 Place stuffed pears in a baking dish. Bake until pears are soft and stuffing is browned on top and cooked through, about 35 minutes. 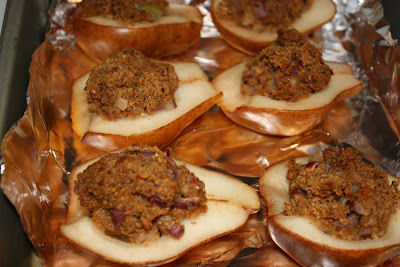 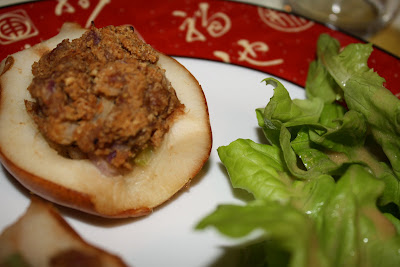