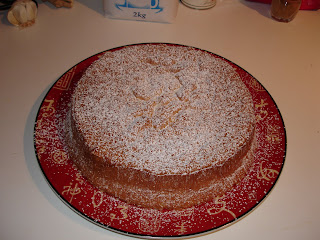 This cake recipe is based on an Epicurious recipe. It was a simple cake, light but still tasty (and it disappeared quite quickly). Use the best quality olive oil you can get your hands on!

Put oven rack in middle position and preheat oven to 350 °F. Grease a 9-inch springform pan with some oil, then line the bottom with a round of paper. Oil the paper.

Beat together egg yolks and ½ cup sugar in a large bowl with an electric mixer at high speed until thick and pale, about 3 minutes. 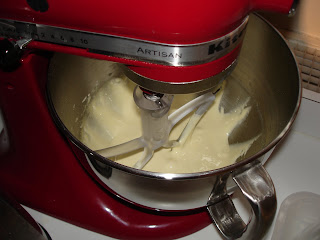 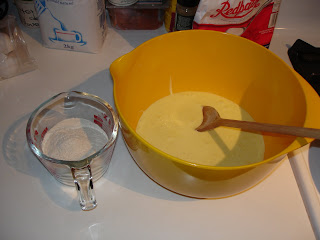 Using a wooden spoon, stir in flour mixture (do not beat) until just combined. 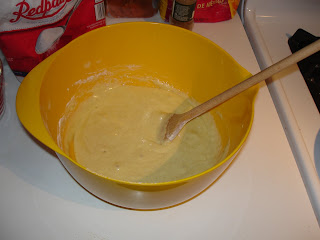 Beat egg whites with salt in another large bowl with cleaned beaters at medium-high speed until foamy, then add ¼ cup sugar a little at a time, beating, and continue to beat until egg whites just hold soft peaks, about 3 minutes. 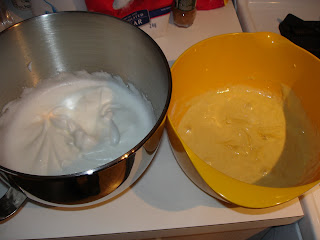 Gently fold one third of whites into yolk mixture to lighten, then fold in the remaining whites gently but thoroughly. 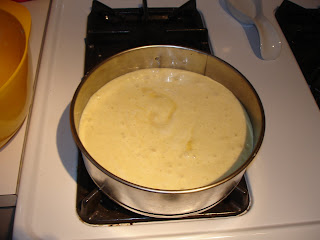 Transfer batter to springform pan and gently rap against work surface once or twice to release any air bubbles. Bake until puffed and golden and a wooden pick or skewer inserted in center of cake comes out clean, about 45 minutes. 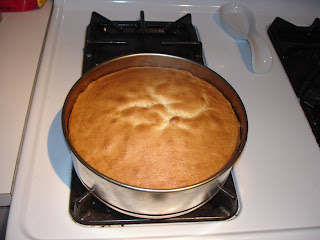 Cool cake in pan on a rack 10 minutes, then run a thin knife around edge of pan and remove side of pan. Cool cake to room temperature, about 1 ¼ hours. Remove bottom of pan and peel off parchment, then transfer cake to a serving plate. Sprinkle with powdered sugar if you wish. 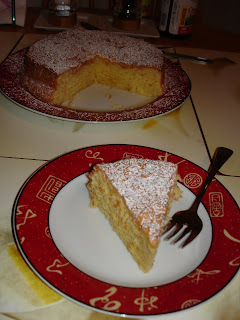 I see that you're catching up this week after almost a whole week without posts! What else am I supposed to read at work?
Anyways, what olive oil do you like?

Yes, I'm trying to post things that have been accumulating - mainly a post about cupcakes that's been in the works since late last srping!

To make this cake, I ended up using Bertolli extra-virgin olive oil, because that's what I keep on hand for cooking and I was just too lazy to go grocery shopping just then. The cake was still good, but it would have been better with a higher-quality oil.

When I plan things properly and get good oil for a cake or mousse ahead of time, I usually end up getting whatever looks better at the store. Were I more particular, I would taste-test a bunch of oils at Olive & Épices and choose one!