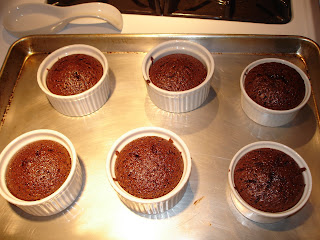 I just love pudding cakes, and chocolate too, of course. I’ve also never been one to fear beets in a cake, especially since that was the original recipe for red velvet cakes. This one intrigued me even more because it looked like it had a nice crumb, yet was gluten free. It was really delicious! Unmolding them was easy, but they would also be good served straight in the ramekin. The recipe is from a great blog called Cannelle et Vanille.

To make beet purée, just wrap beets in aluminum foil and put them in the oven at 450 °F for one hour, until they are fork tender. Let them cool completely, peel them and purée them in the food processor. I actually ended up mashing the beets with a potato masher in a saucepan instead puréeing them in the food processor, because I was afraid of staining it. I think I ended up leaving a few lumps in the purée, though, so a blender might be a good idea (or maybe I should have tried straining it through a sieve). Also, be sure to cook more beets than you think you need (I weighed one and it was way over 55 g, but by the time it was cooked, peeled and puréed, I only had about 50 g, and it hadn’t even gone through a sieve); any leftovers can be frozen for later or used in recipes like the ones in this book. Also, I kept all the measurements in weight rather than volume, because it is usually even more important when baking gluten-free than in “regular” baking. The key is to have an easy-to-use scale. I hope you enjoy these pudding cakes as much as I did! 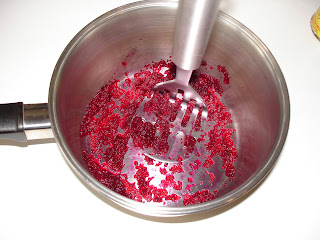 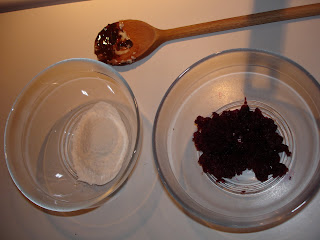 Preheat oven at 400 °F. Grease 6 ramekins and place them on a baking sheet.

In the bowl of an electric mixer, whip the eggs, egg yolks and sugar until pale and very thick (ribbon stage). 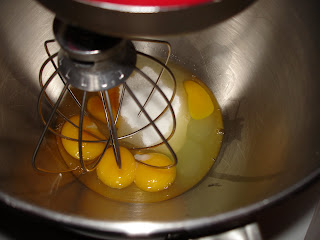 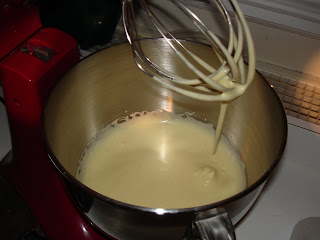 In the meantime, place the butter and chocolate in a heatproof bowl and melt them together over a double boiler. 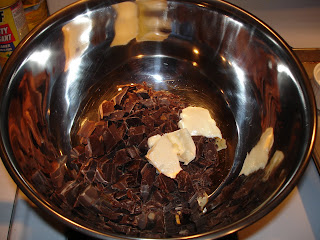 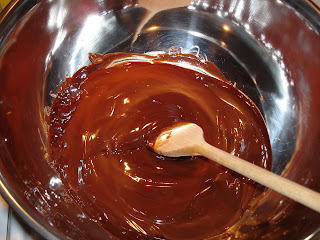 Add the melted butter and chocolate mixture into the whipped eggs and mix. 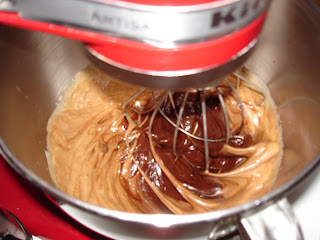 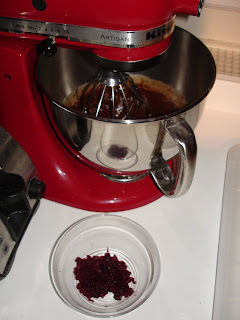 Finally add the rice flour and salt and fold. 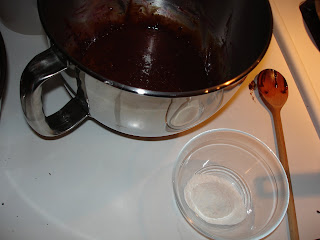 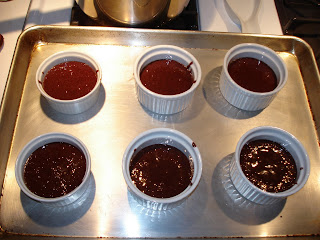 Pour the runny batter into the greased ramekins and bake for about 8-10 minutes, until the edges are set but the center is still soft and pudding-like. Let them cool for about 10 minutes before unmolding them. 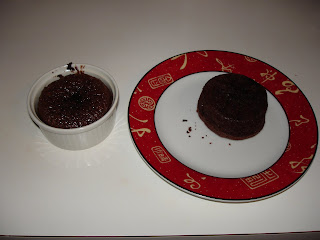