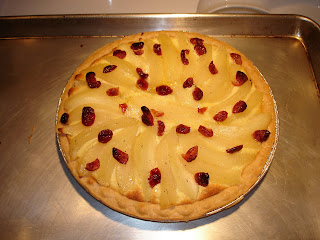 I got this recipe from David Lebovitz’s blog and made it before the holidays. It was so good! I cheated a bit and used a store-bought pie shell instead of a homemade tart shell, but either way would be good. Note that the recipe calls for almond paste, which is softer and less sweet than marzipan. If you use the latter, then omit the sugar in the recipe and just mix it until it is finely broken up. I also used one of the awesome vanilla beans from Épices de cru. 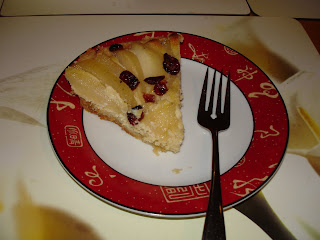 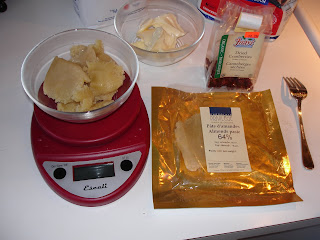 In a large saucepan, mix the water and sugar and heat until the sugar is dissolved. Split the vanilla bean and scrape out the seeds; put all of it into the water, along with the ginger (and any other additions you wish, such as orange zest or cloves). 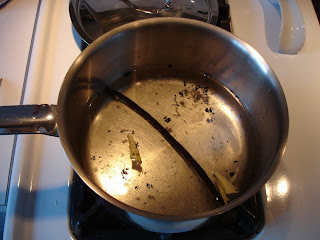 Slide in the pears and simmer until they are cooked through, 15 to 20 minutes (depending on the size of the pieces you cut). 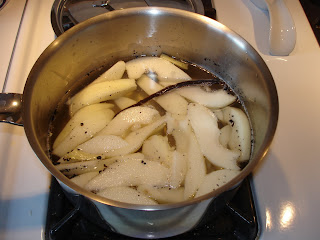 Remove the pears and let them cool. Throw a handful of dried cranberries or cherries in the hot water and let them plump up. 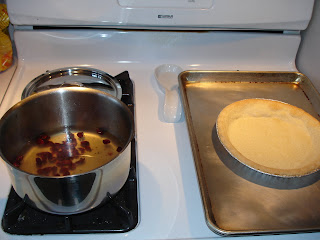 Preheat the oven at 375 °F. Place the pre-baked tart shell on a baking sheet.

In a stand mixer, beat the almond paste, sugar and flour until smooth. 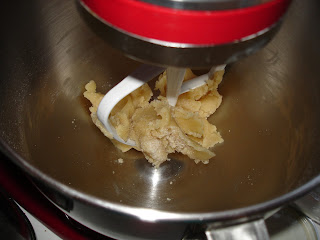 Gradually beat in the butter until smooth, then beat in the egg, the egg white, the almond extract and the rum. 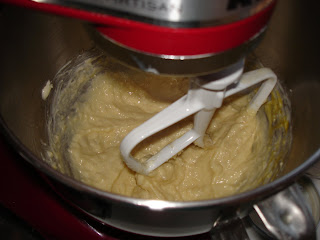 Spread the almond filling evenly in the tart shell. 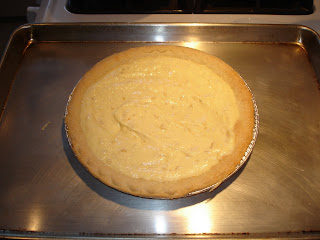 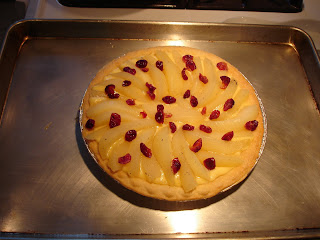 Fan the pears out evenly over the almond filling, then press them in slightly. Add the dried cranberries or cherries. Bake the tart for about 40-45 minutes, or until the filling between the pears has browned.

Continue cooking down the syrup from the poached pears until it gets thick. Once the pie is cooked, use the syrup to glaze it. 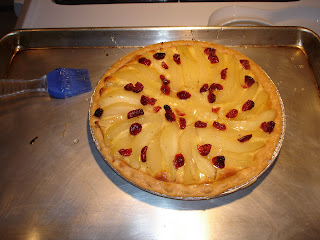