In the end, however, I wasn’t crazy about it. It’s knit in two identical parts sewn together vertically, so there are visible seams running down the back and on the sides, and the sleeve edges curl under because the body is in stockinette stitch. Plus, the folded-over ribbed edge doesn’t really stay in place, and yet you can’t just leave it unfolded because it wouldn’t stay in place either, so some of the sewing is visible either way. So even though I loved the color, I wasn’t sure I’d wear it. 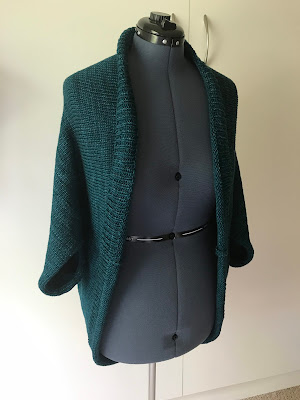 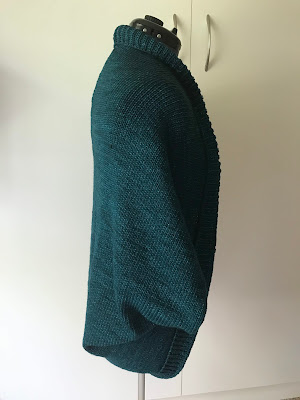 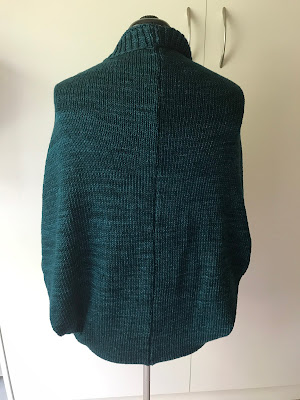 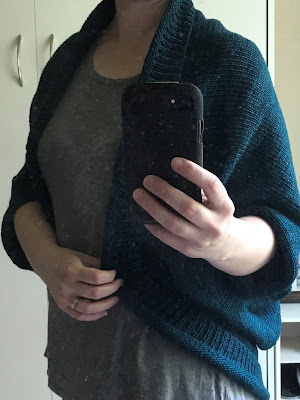 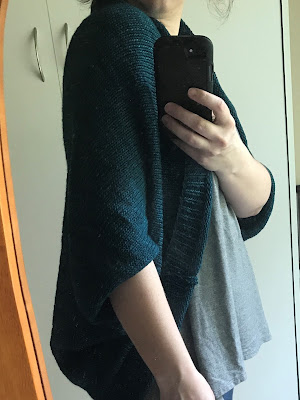 Then I got back to the Plomo yarn and used it for Suvi Simola’s Fold and Turn Cardigan. Here it is being transformed from rib into stockinette. 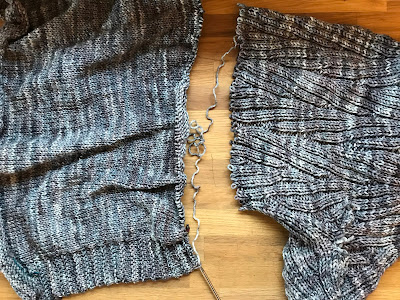 This pattern was also very simple, but it didn’t have the problems the previous one had. It’s knit in one piece, from side to side, has some detailing down the back as well as ribbed edges that stay put, plus ribbed sleeves that fit snuggly and won’t roll over. Since I knew I might not have quite enough yarn, I decided to knit the smaller size, and I think that the fit is forgiving enough to get away with it. And still, still (woe is me!), I ran out of yarn before finishing the sleeves. The photos show it unfinished. 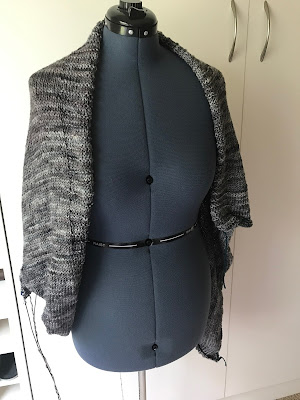 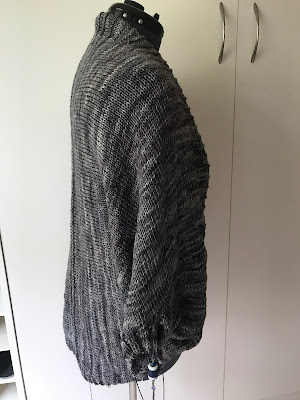 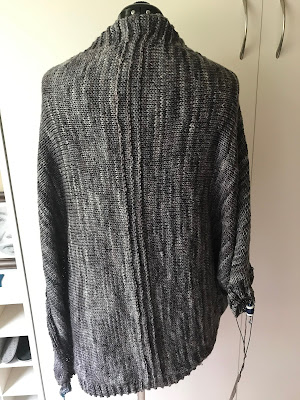 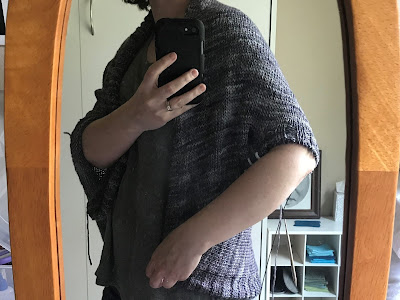 So I did the only sensible thing: I frogged the teal Curtain Call cardigan that I didn’t like and used that yarn to make the Fold and Turn again, this time in the proper size. I love the result! The only downside is that I have a bit more than a skein left to feed my stash, instead of using it all up like I had hoped. (First world problems, eh?) 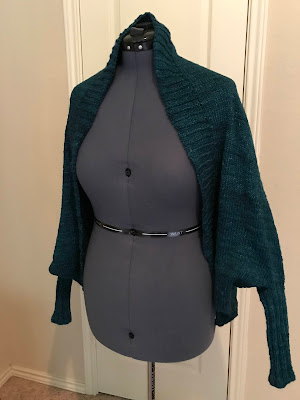 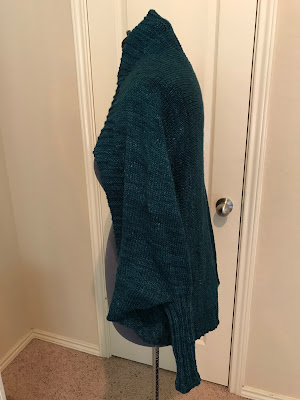 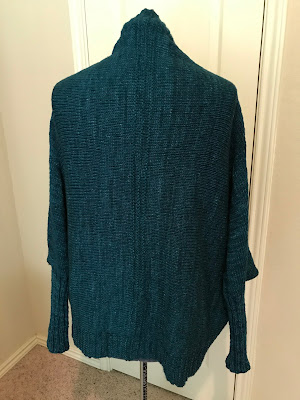 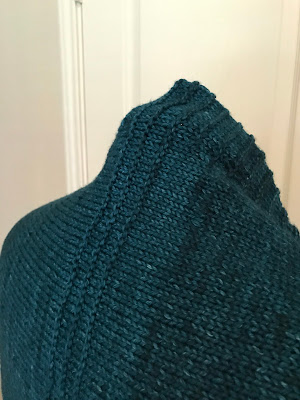 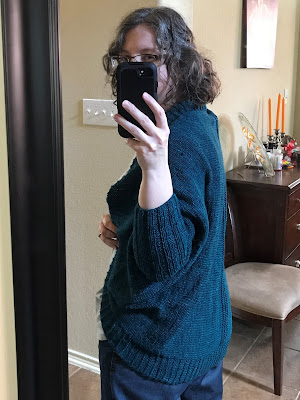 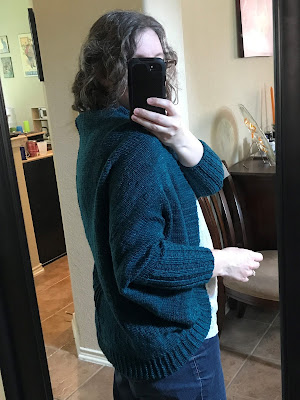 At this point, I’m thinking that the only thing to do with the Plomo yarn is something sleeveless, like a vest, and I’m thinking specifically of something inspired by The Hunger Games. But that’s back at the end of the queue again while I make a few fun things.
Posted by Amélie at 1:38 PM