A few months ago, I tried another vegan cupcake recipe, this one with a maple buttercream that called for coconut oil and non-dairy milk powder. The frosting was way too liquid; I added a tablespoon of ground chia seeds and let it set up in the fridge, but it was still a disaster. I don’t know if it was just too hot for the coconut oil, but I have to admit I’m not too keen on recipes that only work if the weather is just right (I’m looking at you, meringues). The cupcakes themselves were only okay.

Once I was in Canada, though, I decided to try a vanilla cupcake recipe by Ketogenic Girl (full disclosure: I knew her briefly when we were teenagers living abroad). I’m not actually considering a ketogenic diet, because it is way too restrictive for me (not to mention the anecdotal negative side effects), BUT I was curious about ketogenic baked goods. That being said, I used regular sugar because I didn’t have stevia and I don’t like the taste of it anyway. I don’t know how erythritol compares, but I didn’t feel like tracking it down… So these are almost-ketogenic, but that was good enough for me. Also, since these are gluten-free, I’m not convinced that baking powder is necessary, but I didn’t want to change the recipe too much in one go – I already ran out of almond flour and had to top it up with hazelnut flour as it was! I really liked the cupcakes themselves, but for the frosting, I recommend either increasing the amount of sugar or omitting the frosting altogether. Everyone here liked these, though the Fox was the most vocal about it!

In a medium bowl, whisk together the almond flour, coconut flour, baking powder, and salt until well blended. Set aside.

Using a stand mixer or handheld mixer, whip the cream until stiff peaks form. Add the whole eggs and egg yolks, one at a time, beating after each addition. Add the powdered sweetener, liquid stevia, and vanilla and mix to combine.

Fold the flour mixture into the cream mixture and combine well.

Fill each cupcake liner about three-quarters full with the batter. Bake for 20 minutes, until a toothpick inserted in the center of a cupcake comes out clean. Let cool in the pan for 20 minutes before frosting.

While the cupcakes are cooling, make the frosting. Using a stand mixer or handheld mixer, whip together all the frosting ingredients until creamy and fluffy. 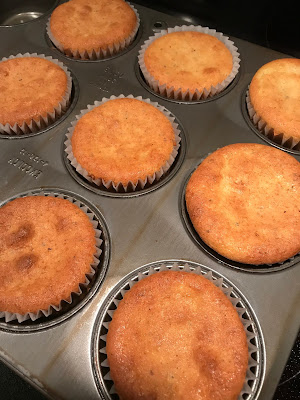 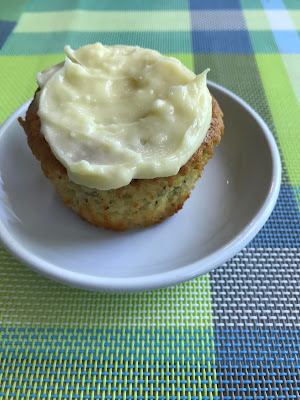 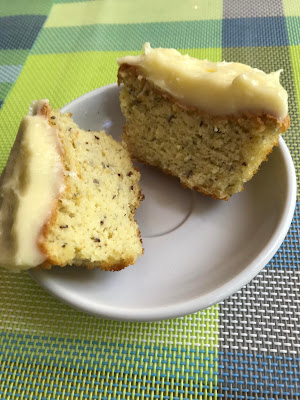