I got this recipe from a promotional pamphlet acquired in Vermont. I know, I know – I’m a little embarrassed too, as if I’d been caught rooting for the Bruins instead of the Habs or something equally sacrilegious. But hey, a good recipe is a good recipe, no matter where it’s from! I’m not normally big on coleslaw, but this one was really, really good. (Better than Cook’s Illustrated sweet and tangy coleslaw that I tried more recently, for what it’s worth.) Note that the total weight of cabbage in the ingredients below is supposed to be roughly 1 ½ lbs., and that’s open to interpretation to a certain extent because coleslaw isn’t brain surgery. I served it with maple-glazed meatballs.

Shred or finely cut the cabbage. Peel and grate the carrot. Thinly cut the celery. Toss these ingredients in a colander with the maple sugar and salt. Place colander over a bowl and let stand 1-4 hours. The cabbage should be wilted.

Transfer cabbage, carrot and celery to a bowl. Add celery seed, oil, vinegar, and black pepper and mix. Cover and refrigerate until it is time to serve it (toss it once more before serving). 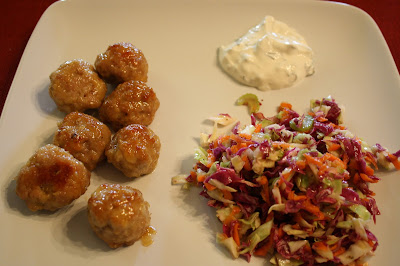 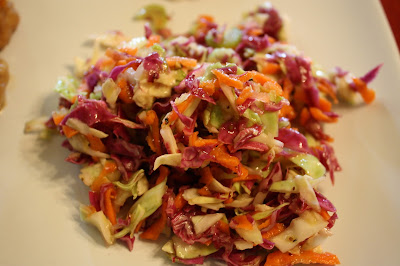