We skipped the late-summer outing this year, but we did have two fall outings. Maybe with a few more by year’s end, we’ll maintain our once-a-month goal? In any event, our first outing was to the San Antonio Aquarium. Tickets are cheaper online, and you can often find coupon codes in addition to the discount. Speaking for us adults, I think we were a bit disappointed at how small it was (we think the building used to be a car dealership that has been converted into an aquarium). That being said, we got to touch rays, and that was really cool! You can also feed them, so they come right up to you if you come close to the glass. There is also an octopus, small sharks, koi fish, eels, jellyfish, seahorses… Plus, there are non-aquatic animals like birds, reptiles and amphibians. And what was the Little Prince’s favorite part (keeping in mind that he got to touch stingrays and feed koi fish)? The animatronic dinosaurs at the entrance, of which I don’t even have a picture. Well, at least he liked it. 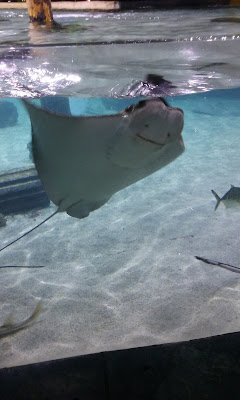 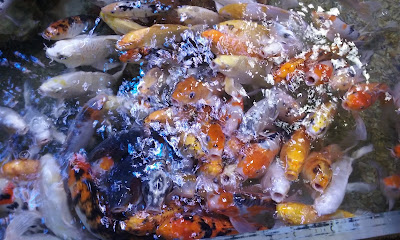 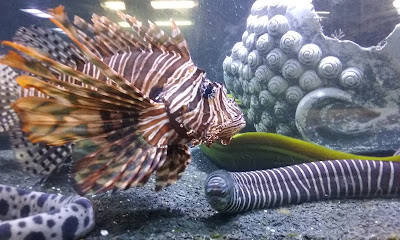 Our second outing was to the South Texas Maize in Hondo, Texas. The main attraction is a 7-acre maze in a corn field (though, this year, it was planted with sorghum). As far as I can tell, ticket prices are a bit steeper there than at Texas other mazes, but it is much closer to San Antonio (so we save on gas and time), plus it is open until late November, whereas most other places close after Halloween. The maze itself was really enjoyable, and we got a “passport” so that at designated areas, we could answer a question to determine which way to go. We got the “Tiny Tots” version, so it was actually the Little Prince whose answers determined which way we went, and he did not lead us astray! There are also lots of food stands on the premises, as well as shaded picnic tables (though you are welcome to bring your own food) and play areas for children. There are goats to feed, too! If you are there at the right times, you can enjoy pig races, an apple canon or a hayride, too, and there are music shows on Saturday nights. What I was most pleasantly surprised by, though, were all the butterflies roaming around the premises! 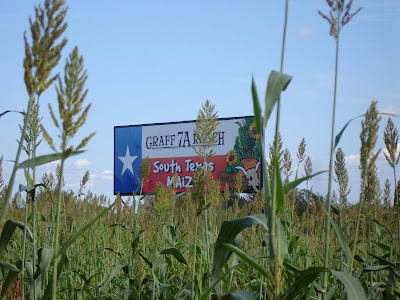 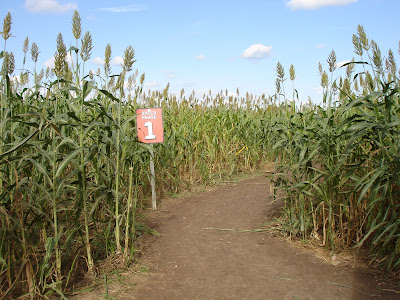 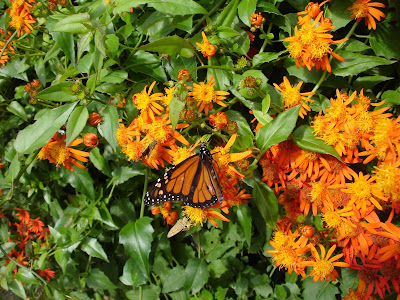 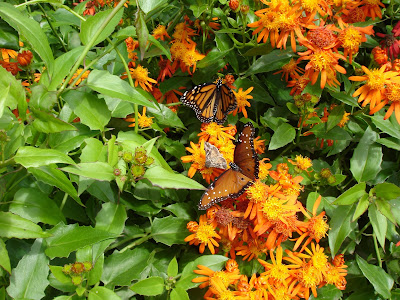