I still try to be flexitarian, meaning that each week, I want some recipes that are either vegan or vegetarian. I no longer rely on a store-bought protein to which I add a side, as I did in the first several weeks, but I still find it harder to come up with vegetarian meal ideas than meat-based dishes. I try to make recipes I have bookmarked, though sometimes I’ll resort to something I’ve already made before (and then I always feel guilty for not keeping better track of my best recipes). One week, I made Caesar white bean burgers, doubling the recipe, and they were fine, but somewhat unremarkable in my memory. I continued to be uninspired and decided to just try a new recipe for vegan mac & cheese, from Serious Eats; it calls for potatoes and cashews to achieve creaminess, as well as miso, garlic and paprika for flavoring.

When I served this, I apologized for serving mac & cheese again, since it seemed so repetitive to me. But then the Engineer actually thought I rarely served it. Yet, looking through previous posts, I must have almost ten recipes for it already, almost half of which are vegan, so I guess it’s all relative… This one was different from the rest, though, and it’s really good! The Engineer actually said that he preferred all these flavors to cheddar mac & cheese, and he had seconds. Since I wanted to have leftovers, I doubled the recipe below and I think I could have added a bit more liquid as well; as is written, the yield is about 4 servings.

Melt shortening in a medium skillet over medium heat. Add onions and garlic and cook, stirring, until completely softened but not browned, about 4 minutes. Add paprika, garlic powder, and tomato paste, and mustard. Cook, stirring, until fragrant and mixture starts to sizzle, about 1 minute.

Transfer mixture to the jar of a high-powered blender (such as a Vitamix or Blendtec). Add hot sauce and a pinch of salt. Start on low speed and slowly increase speed to high. Blend on high speed until completely smooth, about 2 minutes, adding water a few drops at a time as necessary to thin to desired consistency. Season to taste with more salt.

In a large pot, cover macaroni with cold water by 2 inches. Season heavily with salt. Bring to a boil over high heat, stirring, and cook, stirring occasionally, until macaroni is just tender (timing will vary by brand). Drain macaroni, reserving half cup of cooking liquid. Return macaroni to pot. Add sauce, set over high heat, and cook, stirring, until macaroni is evenly coated with sauce, about 1 minute, adding extra cooking liquid as necessary to achieve a creamy consistency. Serve immediately. 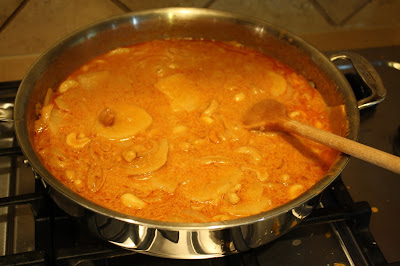 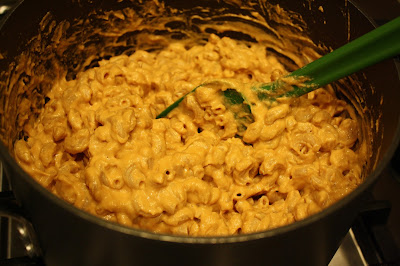 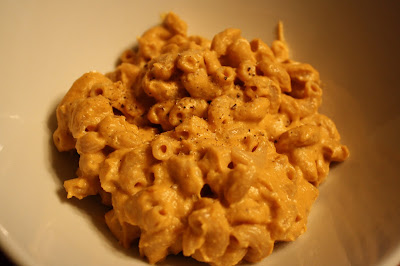