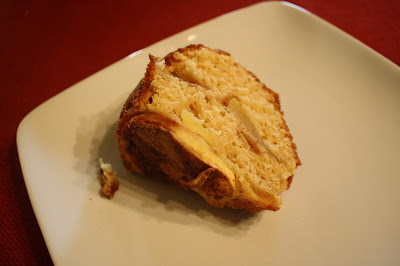 I came across a recipe titled ”Jewish apple cake” and wondered what made it Jewish. Sure, I’ve seen similar recipes in Jewish cookbooks, but really, why Jewish specifically? A quick search on Wikipedia has an answer: “Jewish apple cake is a kind of dense cake made with apples and sold mostly in Pennsylvania […]. It has limited known connections to Jewish cuisine.” The article says it might be considered Jewish because of ties to the old world or because it is dairy-free and can therefore be eaten after a meal containing meat if you keep kosher. I changed the recipe a bit to use applesauce instead of some of the oil, and I reordered the ingredients to make it easier to follow. This recipe was a hit in our house!

Combine the ground cinnamon and 5 teaspoons of the sugar together and set aside.

In a large mixing bowl, combine the flour, salt, baking powder and 2 cups of the sugar.

In a medium bowl, combine the applesauce, vegetable oil, beaten eggs, orange juice and vanilla. Add the wet ingredients to the dry ones and mix well.

Bake for 70 to 90 minutes. (This seems like an incredible amount of time, but my oven tends to run hot and it took me 70 minutes – I checked after 60 minutes, but a toothpick came out slightly wet then.) 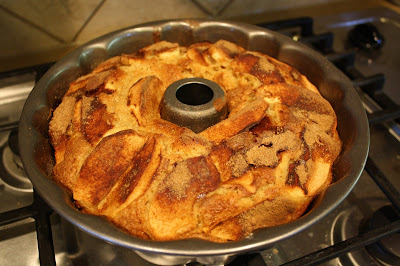 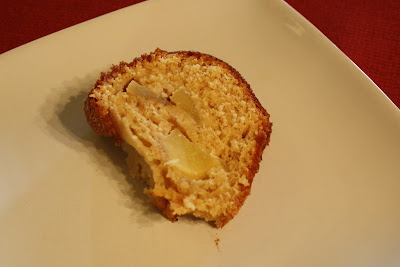