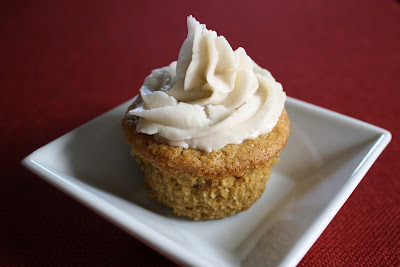 I finally got around to trying frosting made with coconut oil! The recipe was from Chef Chloe, where the post was really a recipe for fluffy coconut cupcakes. Well, I found the cupcakes quite dense and oily, they fell apart too easily, and they were concave to boot. So I wasn’t crazy about them, even though they tasted good. But the frosting totally worked! It was the first time I used coconut oil for frosting, and I can’t do that in the summer because the oil needs to be solid at room temperature (which doesn’t happen in South Texas for about half the year). I didn’t use any liquid in the frosting, though in hindsight I admit it was a bit too stiff – I was just afraid of overdoing it on the liquid! It was also very, very sweet, so I’d consider replacing some of the sugar with arrowroot starch next time.

Using a handheld or stand mixer, beat the coconut oil until smooth. With the mixer running on low, add powdered sugar, vanilla, and 1 tablespoon coconut milk at a time, as needed, until frosting reaches a spreadable consistency. You may not need to use all of the coconut milk. Beat on high for 2 more minutes until light and fluffy. (This recipe makes enough to frost 12 cupcakes.) 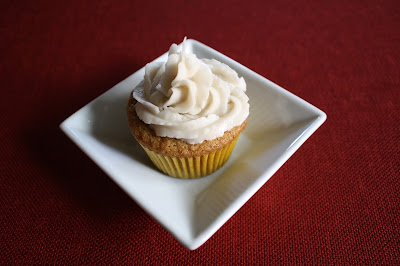 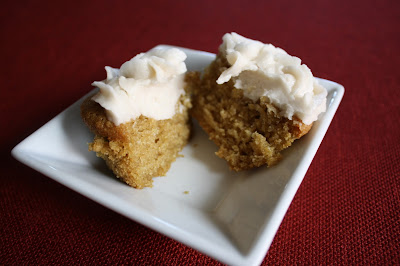