I made these baked southwestern eggrolls with guacamole not too long ago and never got around to posting about them. They were very easy to make, and a great way to sneak spinach in our diet. They were also delicious! The Engineer called the meal “inventive,” though I’d like to point out that he meant it as a compliment. The Little Prince was not impressed at first (poor kid dislikes beans, corn and avocados), but he came around on the second day and actually started eating most of the rolls, leaving the black beans on his tray. We liked the rolls as they were, though I wouldn’t hesitate to swap some of the spinach for chopped red bell pepper and perhaps increase the amount of cheese a bit. I got 22 rolls from this recipe; they might have come out more golden if I had brushed them with olive oil instead of spraying them. 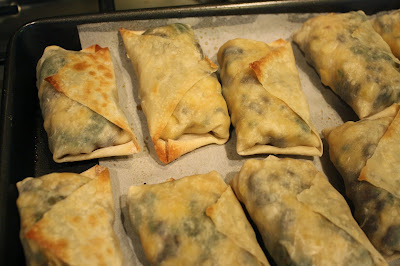 I realize that I haven’t posted my “new” go-to guacamole recipe, which I started making a year ago. I found it on this website, where it was presented as a copy-cat recipe for Chipotle’s guacamole. This is somewhat timely, as Chipotle revealed its actual recipe just recently. But it’s not quite the same as the one I was making, and to tell you the truth, as much as I like Chipotle’s guacamole, I’ll keep making it my way at home. The main difference is that the recipe I use calls for both lemon juice and lime juice, for both acidity and flavor. I omit the jalapeño in my version, below. Note that I tend to eyeball the amounts and course-correct after tasting it. 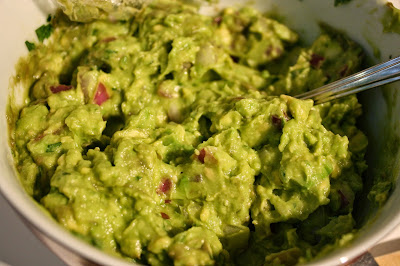 In a large bowl, combine everything but the egg roll wrappers. Place about ¼ cup of the mixture in the center of one egg roll wrapper. Fold bottom corner over filling. Fold sides toward center over filling and continue to roll tightly to seal (see directions on egg roll wrapper if necessary). Dip your finger in a small bowl of water and moisten the remaining corner, then press it down to seal the roll. Repeat.

Place seam-side down on a baking sheet coated with cooking spray. Brush tops of egg rolls lightly with olive oil. Bake for 10-15 minutes until lightly brown, turning them halfway through baking.

Serve warm, ideally with guacamole (and hot sauce or salsa if you wish).

Mix all the ingredients, mashing the avocado enough that only some chunky pieces remain. Taste and adjust seasonings accordingly. 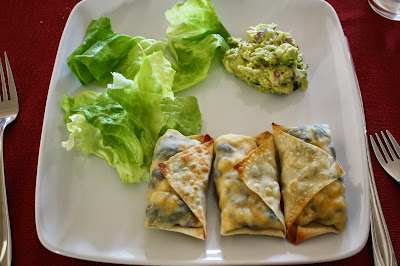 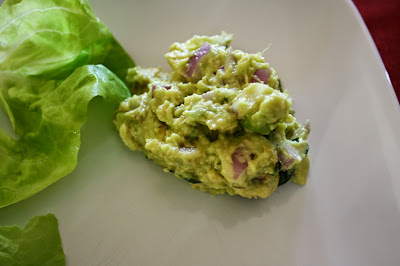 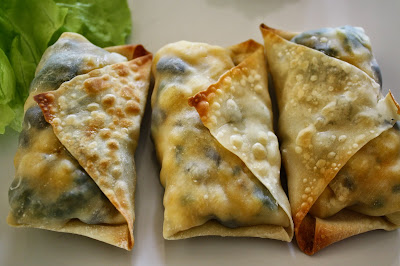 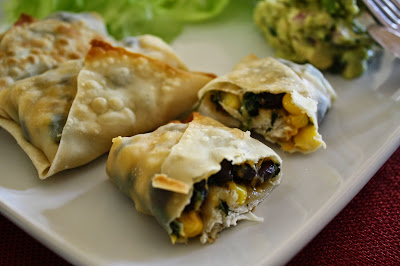