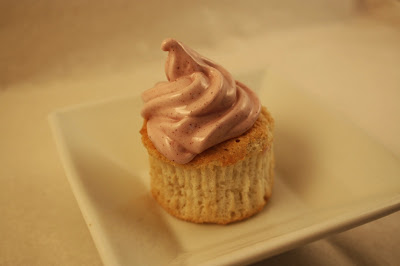 I’d been looking forward to this recipe by Faith Durand for a while now! I even bought the beet powder earlier this year, but never got around to making this recipe… I’m glad I finally found the time, though. I like angel food cake, though I did find this one slightly eggier than my usual version. I loved these cupcakes, especially the taste of the frosting! The twist here is that the frosting is dyed pink naturally, with beet powder! It does give a slightly earthy taste, which I enjoyed mixed with the sugar, though in fairness I should say that the Engineer liked the cupcakes themselves, but not the frosting. You could achieve similar results with something like raspberry powder, if you can get your hands on it (I had to order the beet powder online as it is).

The downside to this recipe, I have to admit, is that meringue frostings generally don’t hold up very well. I had trouble getting mine to the right consistency, though putting in the fridge helped. But even then it separated, and there was a puddle of pink liquid at the bottom of the bowl. These cupcakes should definitely be frosted right before serving. If you make the frosting in advance, keep the bowl in the fridge and mix it again before using it. I don’t recall having had the same problem with seven-minute frosting, though, for what it’s worth. Of course, you could just make a regular lactose-free buttercream frosting and use the beet powder in that! I’ll probably try that next, or add beet powder to waffles or pancakes.

Heat the oven to 325 °F. Prepare a muffin pan – the recipe should make 12-18 cupcakes. (I do not recommend greasing it, as the original recipe did, because that’s usually a big no-no for angel food cake! I made 12 cupcakes in paper liners, and while they shrank a lot, the paper came off easily. I made the remaining 5 directly in the nonstick cups, and they were flatter than the paper-lined cupcakes, but came out relatively easily with a knife. Next time, I plan on using paper liners for all of them.)

In a medium bowl, whisk together the confectioners’ sugar, cake flour, and salt.

In the bowl of a stand mixer mix the egg whites, water, vanilla extract, and cream of tartar. (You can also do this in a large bowl, using a hand mixer.) Mix on low speed until foamy, then turn the speed to medium and begin to add the granulated sugar in 1-tablespoon increments. Add the sugar very gradually over a period of three to four minutes. When all the sugar has been added, turn the speed to high and beat for an additional three to five minutes, or until the mixture forms medium peaks. (Don't beat until the mixture is extremely glossy and stiff; it should be modestly glossy, but the very tips of the peaks formed when you dip your finger in should flop over just a bit.)

Spoon the batter into the prepared baking pan. Bake for 18-20 minutes or until the tops are slightly golden. Remove from the oven and let cool completely before removing and icing.

Place the egg whites with the vanilla in the clean bowl of a stand mixer. Whisk the water and sugar together in a small, high-sided saucepan. Bring to a boil over medium-high heat and cook for four to eight minutes, or until the syrup reaches 234 °F on a candy thermometer.

While the sugar syrup is boiling, whip the egg whites on low speed until they form foamy peaks. When the syrup has reached the correct temperature, slowly drizzle it into the egg whites, turning the speed to medium-high as you do so. Continue to whip until the egg whites form stiff, glossy peaks.

Beat in the salt and beet powder until the mixture is an even, consistent shade of pink.

Fill a piping bag and frost cupcakes. If desired, toast the top of the meringue with a kitchen torch (which I obviously skipped, as I do not own a kitchen torch). 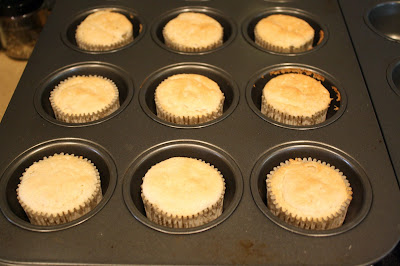 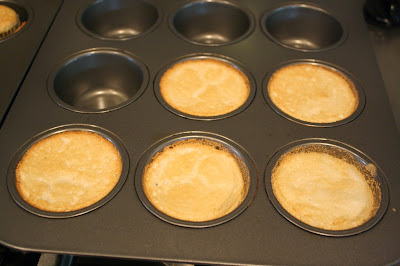 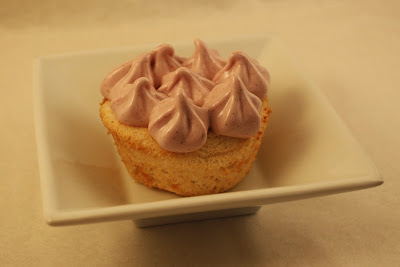 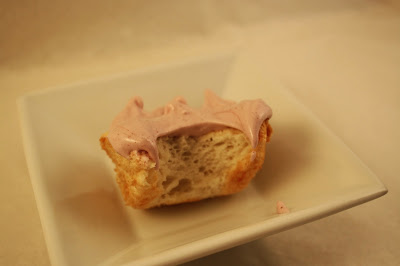