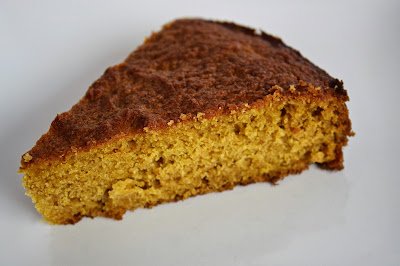 I had been putting off making this cake, by Shauna Ahern, because the original recipe called for psyllium husk. I’m all for buying new ingredients, but this is sold in big bags and recipes always call for tiny amounts, so I was reluctant to buy it. However, after reading the comments in the recipe, I realized (as the author pointed out later) that it isn’t actually necessary to the recipe and can just be replaced with an equivalent amount of flour. So I charged ahead and made this cake. I used my own flour mix – the original recipe calls for equal parts (by weight) of almond flour, buckwheat flour and potato starch, but I had my own flours I wanted to use up, so I consulted Shauna Ahern’s Guide to working with gluten-free flours, which details the properties of various kinds of flours, in order to substitute adequately. Basically, you want a roughly 60/40 ratio of whole grains to starches. I used equal parts of white rice flour, corn flour and quinoa flour, with wonderful results. I also used cane sugar instead of coconut sugar, because I wanted something a little sweeter; brown sugar would work, too. And I used my faithful butternut squash.

The use of squash in a cake may seem odd at first, but think of it this way: it’s like a cake version of a pumpkin pie. This cake is *very* good. It’s delicious, actually, with a moist crumb that I seriously couldn’t tell was gluten-free. The Engineer really likes it as well, adding that “this cake has a humble appearance and then whams you with a cool taste.”

Cut the squash in half, scoop out the seeds, sprinkle the flesh with a bit of oil, and roast in a 375 °F oven until the flesh is tender (this could take an hour). When the squash has cooled to room temperature, peel away the skin. (This works with pumpkins, kuri squash, kabocha squash, butternut squash, and hubbard squash as well.) Throw the squash in the food processor and whirl it up until it's a silky purée.

Whisk together the flour, baking soda, cinnamon, 5-spice powder, and salt in a large bowl. Set aside.

Pour the melted coconut oil into the bowl of a stand mixer and whisk it. Add the sugar. When the oil and sugar are combined and fluffy, add the eggs one at a time. Add the squash purée and mix.

With the mixer running on low, add a third of the dry ingredients. When all visible traces of flours have disappeared, pour in half the milk. Repeat until the batter is finished.

Pour the cake batter into the prepared pan. Bake the cake until the edge of the cake has started to pull away from the pan and the top of the cake has an athletic jiggle, about 45 to 55 minutes. (I used the toothpick test on mine, because I don’t trust jiggly cakes.) Allow the cake to cool in the pan for 15 minutes, then invert the cake onto a cooling rack. Serve at room temperature. 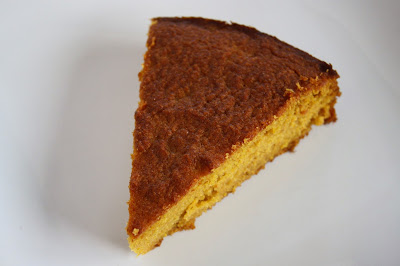 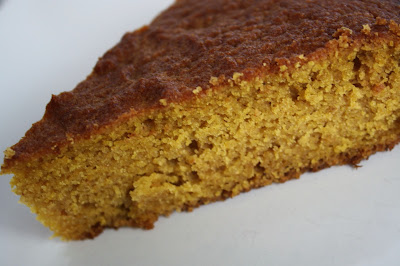