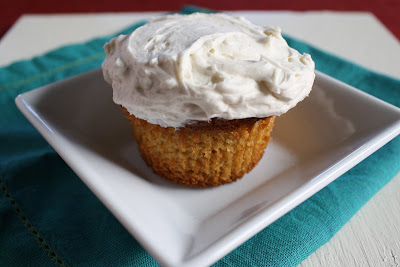 The Engineer and I recently attended a holiday potluck thrown by his department. As we’ve been doing these past few years, we brought desserts. The Engineer made some lemon aniseed biscotti, and I made two kinds of cupcakes. The first were velvety beet cupcakes with raspberry icing. Since I was making them for others, I even made a real cream cheese frosting instead of my vegan frosting. Verdict: I shouldn’t have. This frosting didn’t work out too well, and I would have preferred the vegan version. Plus, the cupcakes were a bit dry, and I have better chocolate-beet dessert recipes, so I won’t be keeping this one. 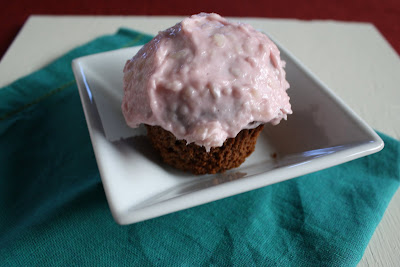 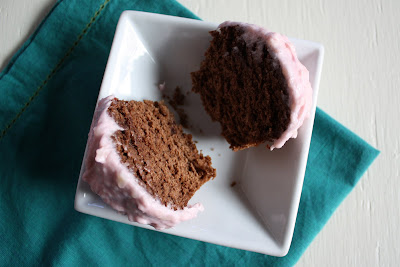 I also made these vanilla bean cupcakes. The recipe itself is a little imprecise, as it says the yield is between 16 and 24 cupcakes, which is a pretty big difference! I only got 14. I also think they should be baked at 350 °F instead of 325 °F, so I’ll write that down below. That being said, they were really good! The frosting was also fantastic and reminded me a bit of my favorite cooked frosting. I did not deviate from the recipe, so it did have lactose, but I’m now thinking it might work with cold margarine instead of softened butter… I’ll definitely try it that way next time.

In a medium bowl, whisk together the dry ingredients.

In a large bowl, beat butter and sugar until fluffy, about 2 minutes, scraping down the bowl as needed. Mix in eggs and egg yolk one at a time, then mix in the vanilla.

Spoon out batter into cupcake pan. Bake for 15 to 18 minutes, until a toothpick inserted in the middle of a cupcake comes out with only moist crumbs. Remove the cupcakes to a wire rack to cool completely.

For the frosting
(Note that this frosting needs a bit of advance planning, as it needs time to cool. You will have about 4 cups of frosting, plenty for this recipe or enough for a 9-inch two-layer cake. Leftover frosting can be refrigerated, covered, for a week; bring to room temperature before using and beat until light and fluffy, about 1 minute. You can also chill it 30 minutes before piping it, if you wish.)
1 ½ cups granulated sugar
¼ cup all-purpose flour
3 Tbsp. cornstarch
¼ tsp. salt
1 ½ cups lactose-free milk
2 tsp. vanilla bean paste (or 2 vanilla beans, scraped)
1 ½ cups (3 sticks) butter at room temperature, cut into 24 pieces (I’d love to try cold Earth Balance margarine here!)

In a medium bowl, combine the sugar, flour, cornstarch and salt. Slowly whisk in the milk until the mixture is smooth. Place a fine-mesh strainer over a medium saucepan and pour the milk mixture through the strainer into the saucepan. Cook the mixture over medium heat, whisking constantly, until the mixture boils and is thick enough that it starts to become difficult to easily whisk. This could take anywhere between 5 and 10 minutes. It should bubble quite a bit at the end and thicken considerably.

Once the frosting is completely cooled to room temperature, beat the mixture with the vanilla on low speed until it is well combined, about 30 seconds. Add the butter, one piece at a time, and beat the frosting until the butter has been incorporated fully, about 2 minutes. Increase the speed to medium-high and let the mixer work its magic for about 5 minutes, until the frosting is light and fluffy. Let sit at room temperature until it is a bit stiffer, about 1 hour. You can then spread it on the cupcakes, or chill it for 30 minutes before piping it on. 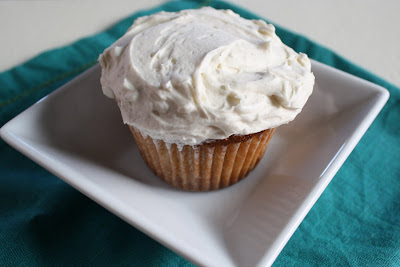 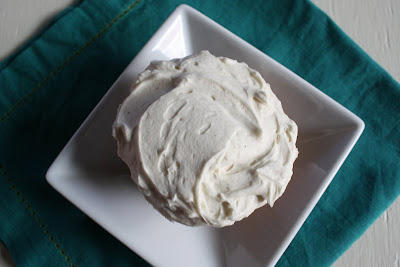 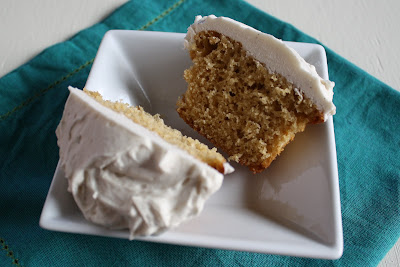 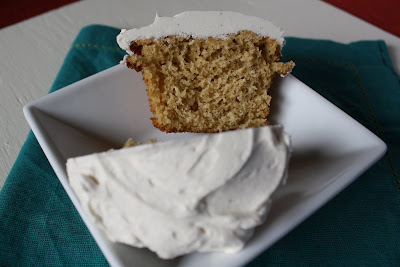