This is a recipe that my friend Jen gave me, to use up some more of those chipotle peppers in adobo sauce. I adapted it to what I had in the fridge, so I threw in some chopped red bell pepper and green onions in addition to the mushrooms, and I used extra-sharp cheddar, which I can digest (the original recipe called for mozzarella). I used only one chipotle pepper, but depending on how much heat you want, you could use two or three. The original recipe calls for 12 corn tortillas; I used wheat flour tortillas, which are often a little bigger (though they weren’t the plate-sized variety), and I ended up with 5 tortillas, though I might have been able to stretch it to 6 if I had tried. That being said, I really enjoyed them, and it’s nice to have another use for the chipotles! The Engineer did say that he wanted more “grit” in these tacos, like either ground beef or seitan, but I really didn’t feel like anything was missing. I served the tacos with a cucumber and pomegranate salad.

In a large skillet, heat the oil over medium-high heat. Add onions and cook, stirring frequently, until softening and beginning to brown, about 5 minutes. Add the mushrooms (plus any optional add-ins) and stir constantly until they have softened and any juice they release has evaporated, about 5 minutes longer. Stir in the sliced chilies, then taste and season with salt. Stir in the shredded cheese. Fill the tortillas with the mixture, sprinkle with thyme and black pepper. Serve immediately.

Note that if you have any leftovers, all tacos should be filled immediately, before the cheese cools. 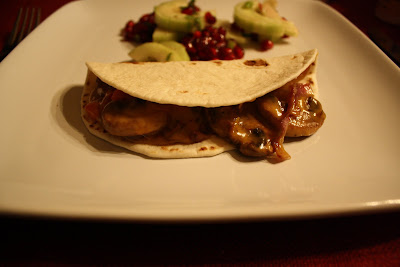 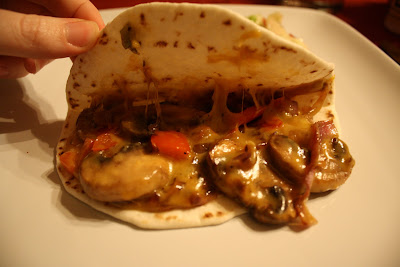 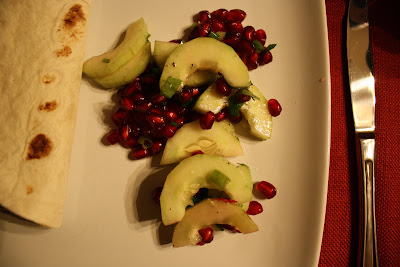