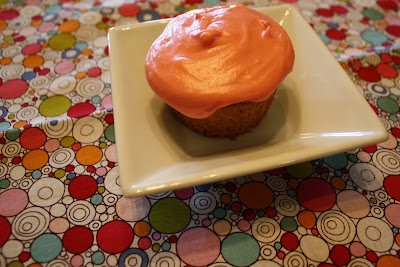 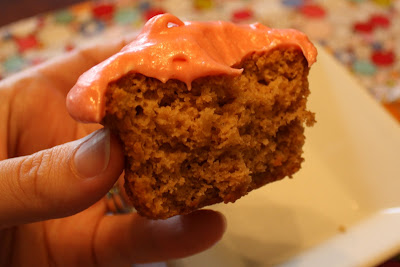 We got new neighbors recently, so I decided to make cupcakes to welcome them. The next on my list were these Shirley Temple cupcakes. My father used to make us Shirley Temples as a treat on weekends when Dear Sister and I were growing up, and it used to be one of my favorite drinks (to be honest, I’m still really partial to it). But since I’ve tried to reduce my sugar intake in general, I had Stirrings’ real grenadine, as opposed to the thick artificial HFCS stuff, and some dry Izze Esque lemon-lime soda as opposed to Sprite (it was too dry for my taste, really). And no maraschino cherries, even though I’d like to get a jar of the real stuff. So in the end, my cupcakes did not taste like Shirley Temples, and I was disappointed. But it’s my fault. I decided not to tell the Engineer what flavor they were, just that it was a new cupcake recipe. Since he didn’t have my expectations, he just enjoyed them for what they were and proclaimed them to be some of the best I’ve ever made!

Note that these cupcakes happen to be vegan (I hadn’t even planned on that when I was making them), and I used my vegan cream cheese frosting instead of the recipe suggested. For the frosting, I tried a new brand of food coloring, Sauer’s, because I have a lot of it on hand after buying it in bulk after the last shortage. It was liquid, but the color was really intense! That being said, what I would actually recommend for frosting is gel food coloring. My friend Jen says that Americolor is her favorite brand, as Wilton tastes horrible. And if you make these cupcakes to get the Shirley Temple flavor, I’m actually going to recommend that you get the artificial grenadine and soda (unless you can find something like a Sprite Throwback or cane-sweetened Sierra Mist instead of HFCS soda, then use that). Also, this recipe makes 15 cupcakes, and I found the ingredients inconvenient to scale down; if you want, you could make 12 cupcakes and one big ramekin cake baked longer.

In a medium bowl, sift together flour, baking soda, baking powder, and salt, and stir to combine.

In a large bowl, whisk together soda, grenadine, and vinegar. Let stand for a few minutes, then add sugar and canola oil and whisk until frothy.

Add flour mixture to liquid. Stir together just to combine fully; do not overmix. Spoon batter into cupcake liners, filling half way (they will rise a lot). Bake for 17 minutes. Let cool completely.

In a medium bowl, beat cream cheese and margarine until smooth. Add vanilla and lemon juice and beat to combine. Add powdered sugar 1 cup at a time, beating to incorporate fully. Continue adding powdered sugar until taste and consistency are as desired – you may need more or less 3 cups of sugar, and you may need to add more lemon juice to achieve the desired flavor. Add a few drops of red food coloring, if using, to get the desired hue.

Frost the cooled cupcakes. Top with a maraschino cherry. Cupcakes can be refrigerated, but they survived well at room temperature here. 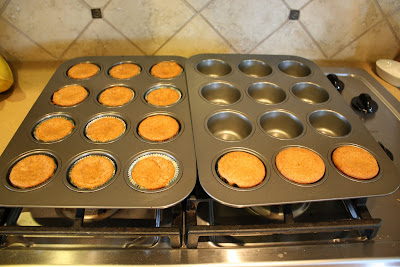 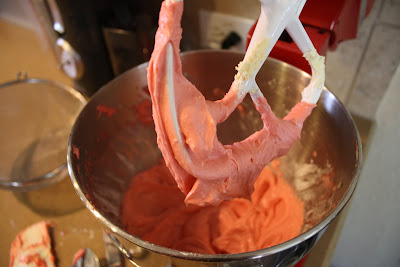 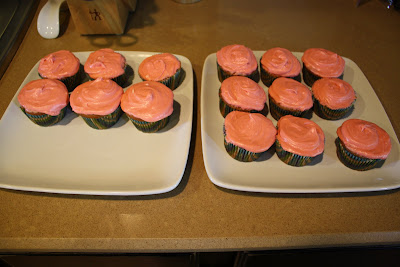 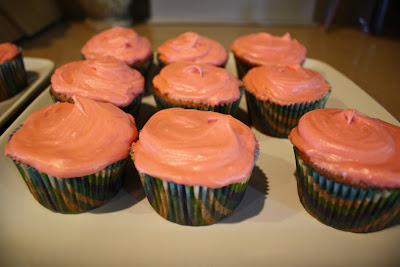 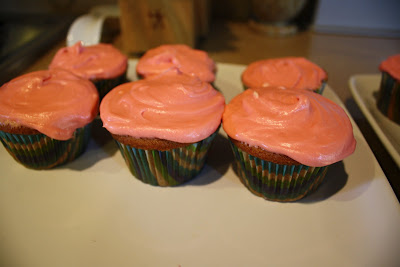 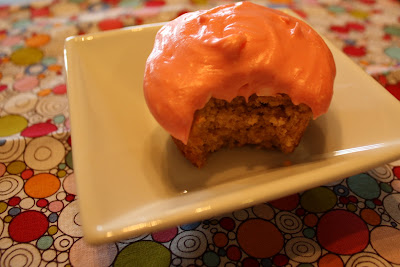 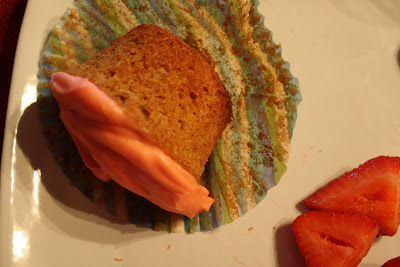