- Remember how much I liked Green? Well, last weekend the Engineer and I went to the original location (a building dating from the 1800’s) and tried more dishes, which were great, but what really made my day was the soft serve ice cream. It was vegan, so lactose-free, a natural strawberry-banana flavor, served in a cone that tasted like my childhood. It was absolutely fabulous! I think I hadn’t had soft serve ice cream in at least 10 years, 8 of which were because it always has lactose. It made my day and it was worth bypassing the delicious-looking cupcakes. I also loved the location downtown, as they have a garden in front with things like tomatoes, peppers and herbs, and even a citrus tree and a fig tree!

- Our August outing was to go see the bats fly out from under the I-35 bridge. The turnout varies each night, and that night was a little underwhelming (though it was worth it just to see the F.I.S.H. all lit up). However, the guide let us know about Bracken Bat Flight, a place near Natural Bridge Caverns that is believed to have the largest concentration of mammals on Earth. There are so many bats there that she says it can take over 4 hours for them to fly out of the cave! Then raptors come out to catch bats, which are themselves eating their own weight in insects each night. Our outing was free, while the Bracken one is $25 per person, but we’d definitely go at some point (maybe next summer, when the bats come back from their migration). 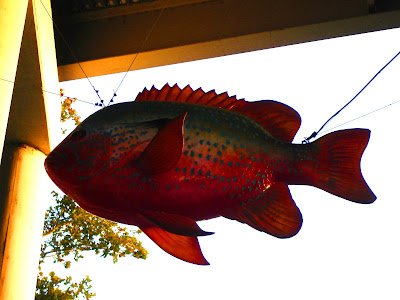 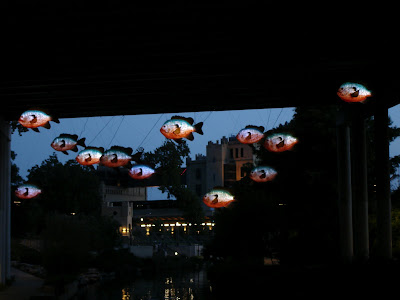 - Bon Appétit magazine came up with its 10 best new restaurants of 2012. I’m now fantasizing about dinner at State Bird Provisions in San Francisco…

- To make goat cheese softer and more spreadable, just mix it with a spoonful or two of milk. That way, those of you in Quebec could get Damafro’s garlic and herb lactose-free goat cheese, Natrel’s lactose-free milk, and have yourselves a spread for toasted baguette. How I envy you…

- I first heard of bokashi in The Globe and Mail on June 13th, 2012 (in an article by Jay Lindsay titled “A better way to compost?”, which I can’t find online). Here’s an excerpt: “Bokashi is based on an ancient Japanese practice that ferments food waste by covering it with a mix of micro-organisms that suppress its smell and eventually produce soil. Bokashi is not widely used in the United States, but its practitioners think it should be.” The upside is that it allows you to compost meat, dairy and oils, which isn’t possible with mainstream North American methods; this makes it particularly attractive to food establishments where sorting the waste is too time-consuming. It’s a two-step process, though, the second of which requires you to bury the waste in your yard before it turns to compost you can use for gardening. However, the whole process seems relatively quick, perhaps as little as a few months. Bokashi was recently featured on The Kitchn, which lists places you can buy kits in the States. User comments mention that it was a drag having to chop down the food into little pieces and having to drain the compost often, but apparently covering the compost with old potting soil was enough to finish the process, hence eliminating the need for digging in a backyard. This makes the method attractive to city dwellers (as well as homeowners who don’t feel like breaking out the shovel too often), and with two bins of bokashi on rotation, a household might be able to produce compost year-round. This would also solve my main problem, which is that I don’t produce enough brown matter to offset all the green matter I’d like to compost. I’m currently in the process of growing tomato plants, in the hopes of eventually having a garden; I’ll definitely keep this method in mind when I’m ready to start composting!

- Have you ever wondered how farmers set prices for their produce and products at farmers’ markets? This excellent article by Mike Madison explains it (found via The Kitchn).
Posted by Amélie at 2:18 PM