The Engineer's cakes, with a recipe

I was looking for something somewhat meaningful for my 700th post, and I decided that the Engineer’s cakes are it. I was waiting for the end of the cake recipes, but this cake chapter in Baking Illustrated is really long, and we’re still not done! (Plus, I’ve had these pictures on my hard drive forever, y’all.) It should be said that the Engineer is really taking this seriously, making sure all ingredients are at the right temperature and eschewing substitutions. In this case, the fact that he didn’t have any baking experience before starting this project actually worked in his favor, because he didn’t have any bad habits to break. I’ve got a lifetime of measuring dry ingredients in volume (and usually not even in dry measuring cups), just because that’s the way North American home cooks have always done it. But he’s doing it the proper way, and I have to admit that it really does make for better cakes. So I think I’ll make an effort to do things the proper way (weigh) too, when a recipe gives me weight measurements. 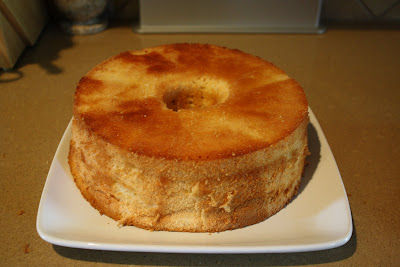 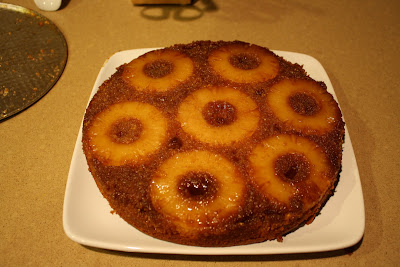 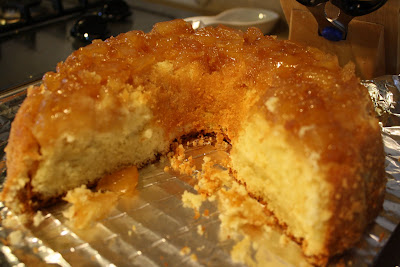 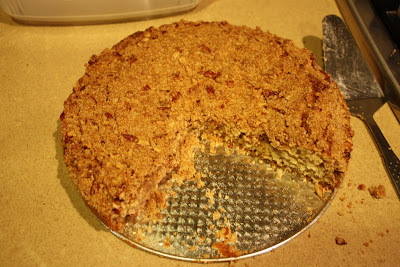 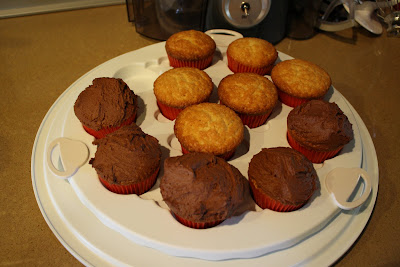 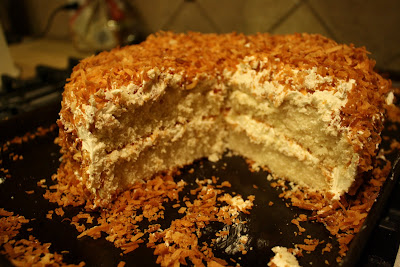 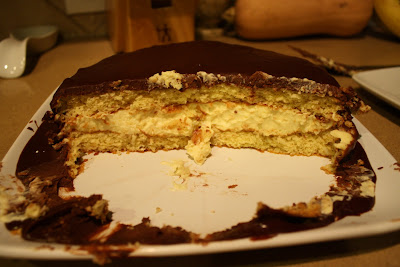 Then there were three more kinds of chocolate cakes (chocolate layer cake, German chocolate cake and devil’s food cake). Plus a génoise layer cake with almond buttercream and raspberry filling before the holidays, a raspberry jelly roll for New Year’s Eve, and last weekend, a baked Alaska (with lactose-free ice cream, of course). 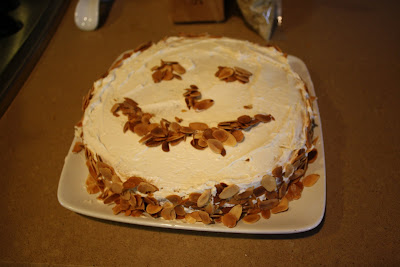 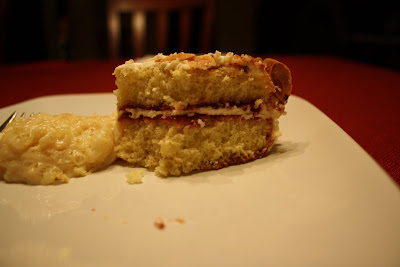 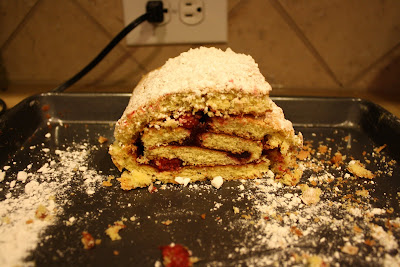 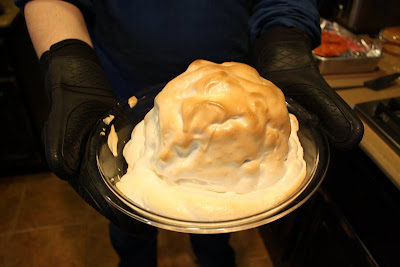 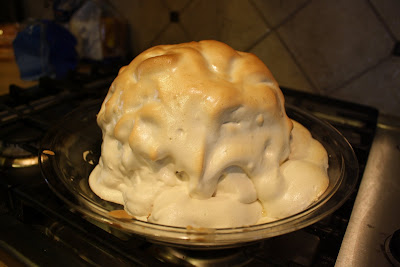 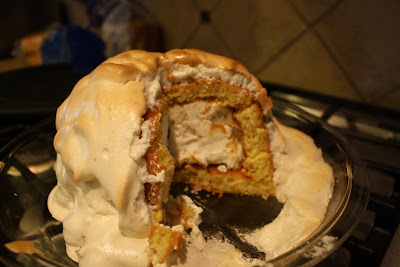 We’ve got a lot of lactose coming up with fruit trifle this weekend (there’s still no lactose-free cream in the States), and about a month and a half after that, four kinds of cheesecake (the irony is that the Engineer doesn’t even like cheesecake, and since I can’t really eat it, his coworkers will be well-fed).

I’ll share the devil’s food cake recipe here, because we changed it a little and absolutely loved the results. The original recipe calls for three 8-inch cake pans and a lot of buttercream frosting, but we used a 10-inch springform pan and served it plain – perfect. We even made it with lactose-free sour cream from Green Valley Organics, so I could eat it without getting sick!

Preheat the oven to 350 °F. Grease a 10-inch springform pan; line the bottom with wax paper and grease again.

Combine the chocolate and cocoa in a medium bowl; pour the boiling water over and whisk until smooth.

Sift together the flours, baking soda and salt; set aside.

Beat the butter in the bowl of a stand mixer at medium-high speed until creamy, about 1 minute. Add the brown sugar and beat at high speed until light and fluffy, about 3 minutes. Stop the mixer and scrape down the bowl with a rubber spatula. With the mixer at medium-high speed, add the eggs one at a time, beating 30 seconds after each addition. Reduce the speed to medium; add the sour cream and vanilla and beat until combined, about 10 seconds. Stop the mixer and scrape down the bowl.

With the mixer at low speed, add about a third of the flour mixture, followed by about half of the chocolate mixture. Repeat, ending with the flour mixture; beat until just combined, about 1 second. Do not overbeat. Remove the bowl from the mixer; scrape the bottom and sides of the bowl with a rubber spatula and stir gently to thoroughly combine.

Pour the batter into the prepared cake pan and smooth it out to the edges with a rubber spatula. Bake until a toothpick inserted in the center comes out clean, about 45 minutes (at least that’s what it took in our oven, as opposed to 20 minutes for the three 8-inch cakes). Cool on a wire rack before unmolding. 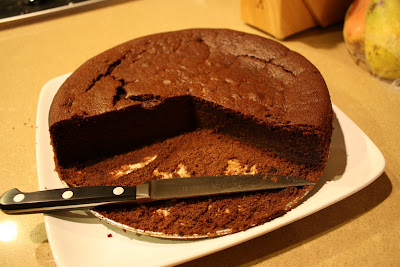 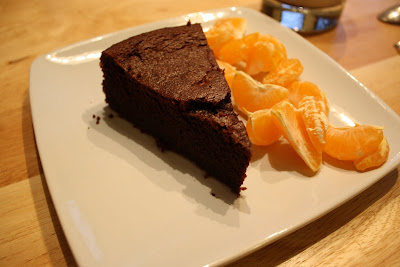