I was dying to try one of those recipes that calls for unsweetened chocolate in a savory dish like a beef stew (not a mole, just chocolate in a sauce to bring out certain notes). I had been seeing this trick, if you can call it that, in several places and was really intrigued. I decided to try David Lebovitz’s Chili with Chocolate, since I also had some good heirloom pinto beans by Rancho Gordo to use. (I realize that officially, Texas chili doesn’t have beans, but that’s not how I was raised.) I made a few changes, such as the use of only 12 oz of beer (which is enough and easier to manage, as you don’t end up with a mostly full bottle to use when you don’t even like drinking beer) and modifying the spices to suit my taste. While I did buy a fresh chili pepper for this, seeded it and minced it, I chickened out and ended up serving it as an optional topping for the Engineer’s use. My verdict is as follows: this chili is good, but not great. While the chocolate is undetectable (as it should be), and while the browned meat was a good idea in theory, I actually prefer my mother’s chili (which uses ground beef). I promise I’ll get around to sharing that recipe eventually.

The first two steps of this recipe should be done the day before. It makes something like 8 servings, so I froze some of it. I served this chili with maple corn bread, which seemed a very Southern thing to do, and I really recommend it.

Rinse the beans and sort them to remove any debris. Put in a bowl and cover with cold water and let soak overnight.

Put the cubes of beef in a freezer bag with 1 ½ tsp of salt, massage gently, and refrigerate overnight.

The next day, drain the beans, put them in a saucepan, and cover with several inches of water. Add the bay leaf and bring to a full boil for 10 minutes. Lower the heat to a gentle simmer and cook until tender, one to three hours, adding more water if the water boils away. (One hour was enough for me.) Once done, remove the bay leaf.

In a large casserole or Dutch oven (at least 6 quarts), heat the oil. Working in batches so you don’t crowd the pan, brown the pieces of beef, resisting the urge to turn them until they are truly dark on each side. The browning adds a great deal of flavor. As the pieces brown, remove them to a separate plate and brown the remaining pieces. If necessary, add a bit more oil to the pan as you go.

If using dried chili peppers, snip them into a small bowl in very tiny pieces with scissors and pour just enough boiling water over them to cover. If using a fresh chili pepper, remove the stem and chop it finely. (You can either discard the seeds, which are hot, or use them.)

Once all the meat is browned, fry the onions in the pot until they are wilted, about 5 minutes. Add the garlic as well as the remaining 1 ½ tsp salt, chili powders, oregano, cumin, and paprika, and cook for another minute, stirring constantly to release the flavors of the spices.

Add the beans to the pot along with their liquid, as well as the chili peppers, beer, tomatoes (and their juices), brown sugar and chocolate.

Simmer the chili at the absolute lowest temperature possible (consider using a flame tamer), for at least 1 hour, or until the meat is tender. If necessary to cook much longer, you may need to add additional water if the chili becomes too thick. When done, stir in the vinegar or lime juice. Taste and adjust any seasonings, such as the chili powder and the salt. 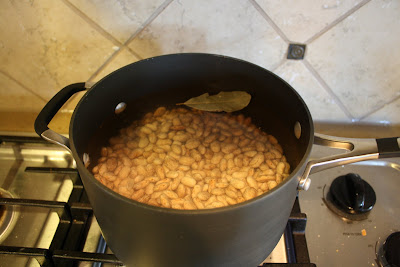 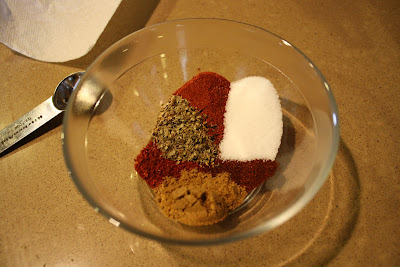 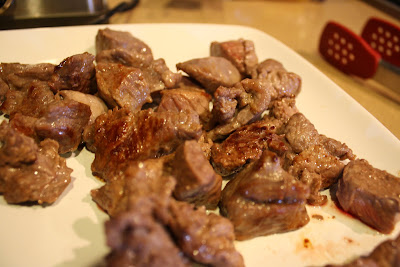 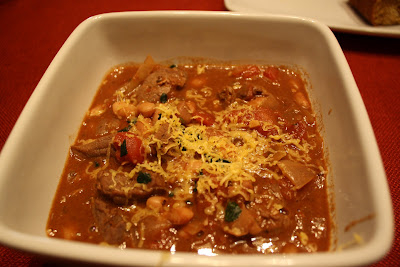 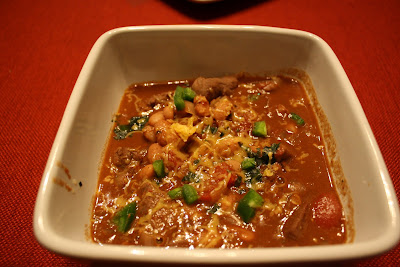