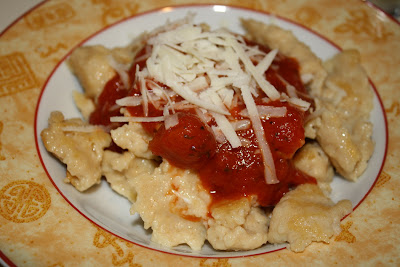 Don’t ask me how to pronounce this, I wouldn’t know. I just made’em and ate ‘em. Spaetzle are a type of German dumpling similar to pasta. They look like they would be great served with meat sauce, but I served them with tomato sauce here and it was really good. I think it’s a good idea to pan-fry them once they’re boiled, otherwise it could be a bit bland (although you could also add some herbs to the batter). We had enough for two people with this recipe, found through The Kitchn and adapted slightly (you could use plain yogurt or ricotta instead of the milk here – it’s a very forgiving recipe). Note that the spaetzle do plump up quite a bit in the water, so make the pieces of raw dough smaller than you want.

Set a large pot of water to boil. Whisk the flour and salt together. 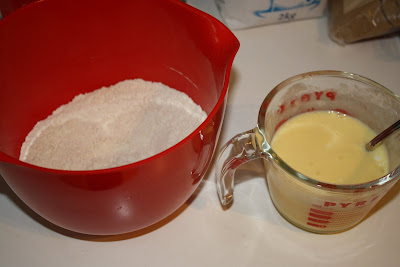 In a separate cup whisk the eggs with ricotta and water until very smooth and frothy. Add to the flour and whisk to combine. The batter will be thin but gluey - thicker than pancake batter. 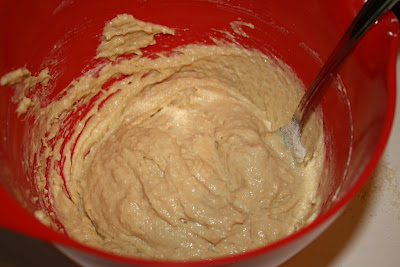 When the water is boiling, scoop the tip of a teaspoon into the batter and drop quickly into the water, pushing the batter off with your finger. Repeat, quickly, until the top layer of water is nearly full of bobbing spaetzle. Let them boil for about two minutes, or until they all float to the top. Remove with a slotted spoon and repeat with the rest of the batter. Cut into one to make sure it's done. Don't worry too much about overcooking these; just try to get them out within a few minutes. 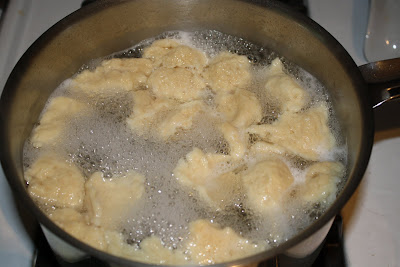 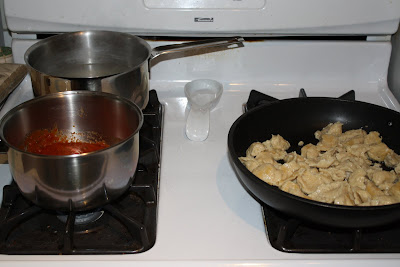 Toss with a small drizzle of butter or meat drippings and serve hot. You can also pan-fry them with some butter until they’re slightly crispy on the outside, then serve with sauce and parmesan cheese. 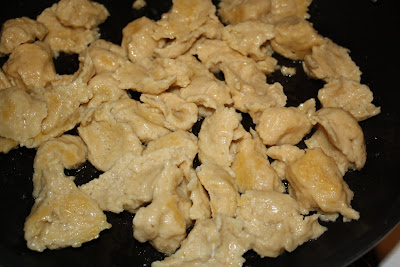 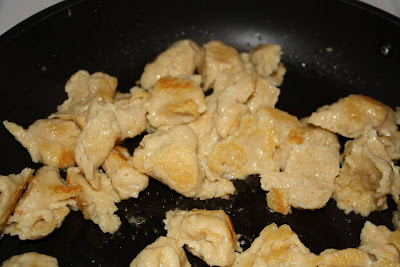