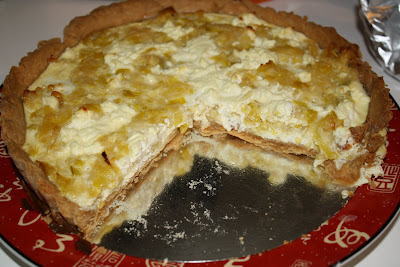 This tart, called flamiche in Belgium, is based on a recipe created by Molly Wizenberg for her column in Bon Appétit. I used lactose-free goat cheese instead of aged goat cheese, because lactose intolerance does restrict me somewhat. For the same reason, instead of using heavy whipping cream, I used a dairy-free soy creamer that was just perfect in this. It’s not available everywhere (in our neighbourhood, only the fine European grocery store carries it), but if you can’t have lactose, this is going to be your saving grace. I haven’t tried whipping it (I fear that would fail utterly), but in this recipe, it’s absolutely appropriate. 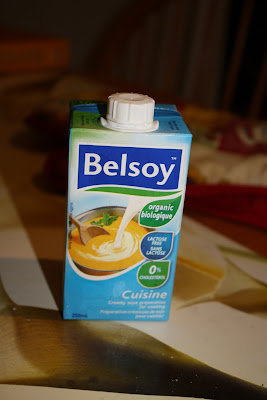 Gather dough into ball; flatten into disk. Wrap in plastic and refrigerate at least 2 hours. Allow dough to soften slightly at room temperature before rolling out.

Position rack in center of oven and preheat to 375 °F. Roll dough out on lightly floured work surface to 12-inch round. Transfer to 9-inch-diameter tart pan with removable bottom. Press dough onto bottom and up sides. Fold in overhang and press to extend dough ½ inch above sides of pan. Line pan with foil and dried beans or pie weights. Bake until dough looks dry and set, about 30 minutes. Remove foil and beans and continue to bake until crust is pale golden, 20 to 25 minutes longer. Remove from oven and cool while preparing filling. 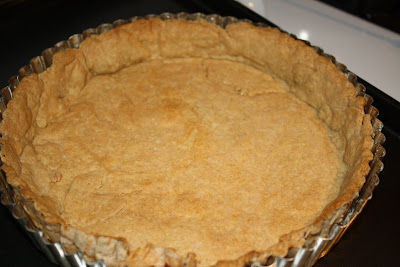 For the filling
Melt butter in large pot over medium-low heat. Add leeks; stir to coat. Stir in water and salt. Cover pot; reduce heat to low. Cook until leeks are tender, stirring often, about 25 minutes. Uncover and cook to evaporate excess water, 2 to 3 minutes. (This leek confit will keep for a week in the fridge, and can be used in scrambled eggs or spread on toast. You need about 1 ½ cups for this recipe, which was the whole thing in my case, but my leeks were not that big.) 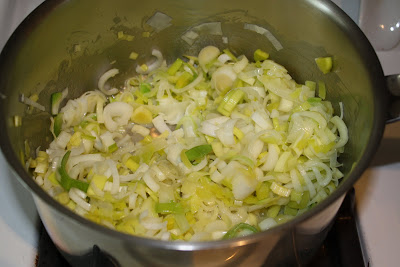 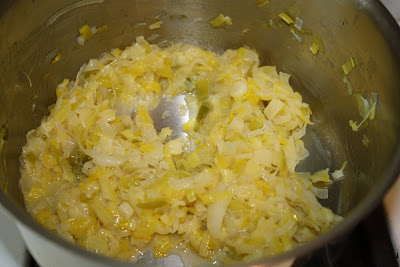 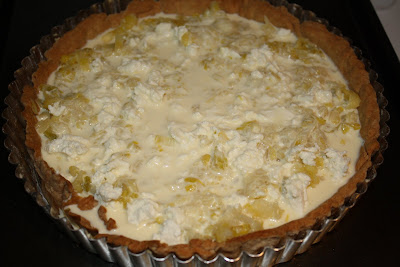 Bake until filling has puffed, is golden in spots, and center looks set, 35 to 40 minutes. Transfer to rack; cool slightly. Remove pan sides. Serve warm or at room temperature. 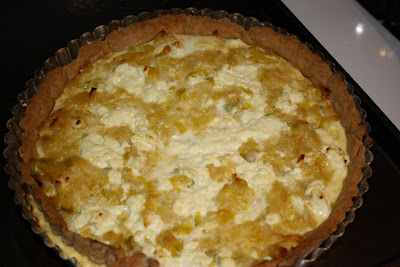 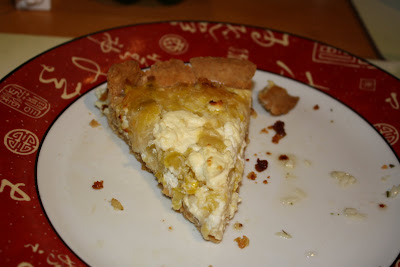