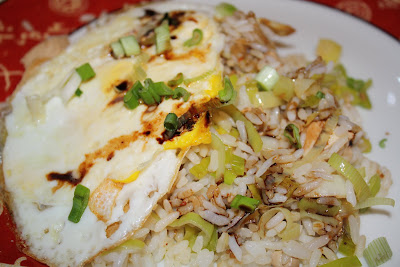 I found an inspiring fried rice recipe on Smitten Kitchen and ended up adapting it. You see, I had some leftover green onions and tofu, so I figured this would be a perfect use for them – even though the recipe doesn’t actually call for them. So I’ll give a loose recipe here, for what I did, and feel free to play around with it. It was absolutely delicious, though! The Engineer and I both agree we should make this again soon. We had four generous servings, so we made eggs two at a time – right before eating. You can cook them all the way through if you want, but I prefer it when the yolk is a little runny here.

In a large skillet or wok, heat ¼ cup oil over medium heat. Add garlic and ginger and cook, stirring occasionally, until browned. Add tofu and season as you wish (I was afraid of my tofu being bland, so I threw in some Korean smoked dried pepper, sesame oil and soy sauce). With a slotted spoon, transfer to paper towels and salt lightly. 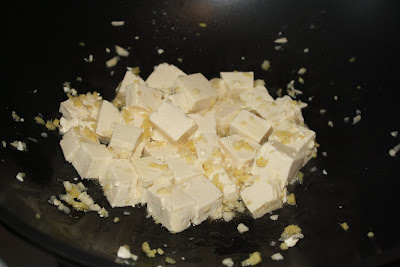 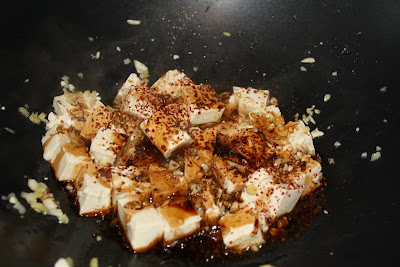 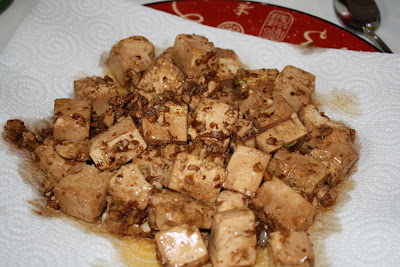 Reduce heat under skillet to medium-low and add 2 Tbsp oil and leeks. Cook about 10 minutes, stirring occasionally, until very tender but not browned. Season lightly with salt. 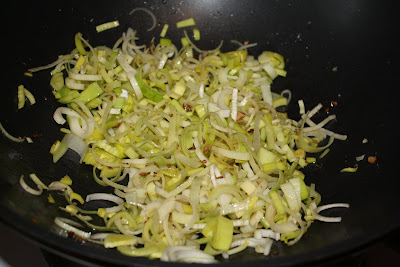 In a nonstick skillet (it just makes it easier), fry eggs in remaining oil, sunny-side-up, until edges are set but yolk is still runny. 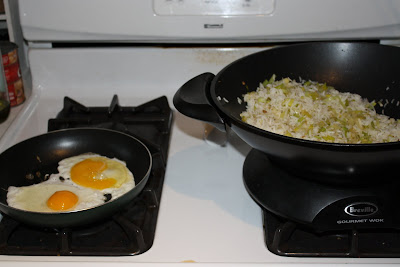 Divide rice among four dishes. Top each with an egg and drizzle with ½ tsp sesame oil and 1 tsp soy sauce. Sprinkle the green onions over everything and serve.
Posted by Amélie at 11:42 AM