If you’ve been reading for a while, you’ll surely have noticed that the Fox doesn’t eat much these days. We kept a food diary for about 6 weeks and at that point had tangible evidence that, even though he is presented with vegetables at almost every meal, he very rarely eats any! 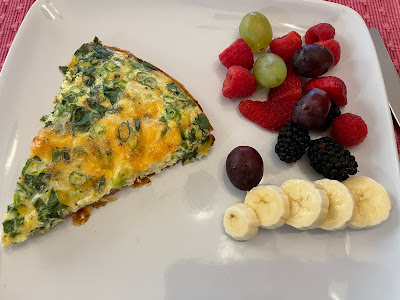 I decided to serve the next best thing: fruit. Fruit as a side with dinner doesn’t typically happen, so the kids were delighted and ate them up! In the photo above, I had made frittata in which I put a bunch of herbs and green onions, along with turkey bacon, and surprisingly the Fox ate it too, probably because he was in a good mood about the fruit. (His piece was smaller than mine, though.) 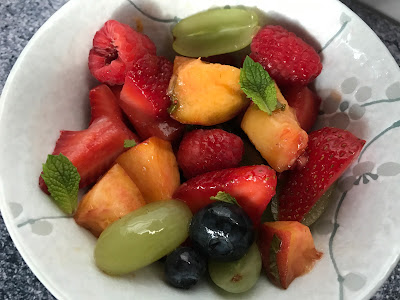 I also recommend this rainbow fruit salad I made last summer. In my case, it was a mitigated success because it turns out my kids don’t like peaches, but you can obviously adapt the contents!
Posted by Amélie at 6:01 PM