After out June trip to Florida and the kids’ Bubbie visiting in July, we tried to go back to our regularly scheduled outings. In August, we went for a hike at the new Robert L.B. Tobin Land Bridge in Phil Hardberger Park. The kids were disappointed because it felt a bit anticlimactic, given that there isn’t much to see, but it was still nice to walk around. Here’s a map of the trails; we came in via the Blanco entrance, on the side of the skywalk, and made sure to cap off the visit with a stop at the playground. (While we didn’t see any wildlife on the bridge, and it seemed ridiculous to me that there would be any in broad daylight, we did see five deer at the playground.) 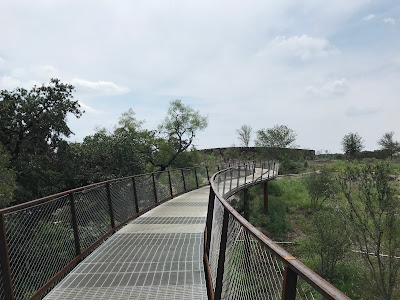 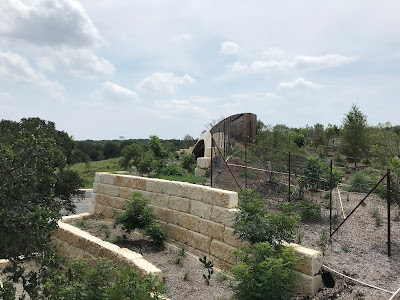 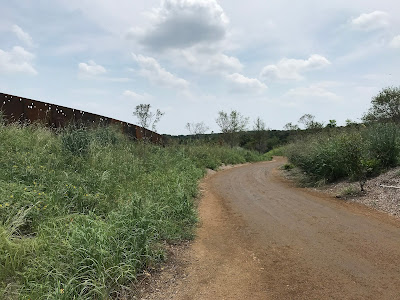 In September, we skipped the outing altogether. In October, we decided to go to the Quadrangle, a part of Fort Sam Houston that’s open to the public. Despite checking on both the website and Google to confirm that it was open, we showed up on Columbus Day (the only day when all four of us were free) only to be told that it was closed, since it’s a federal holiday. So we went downtown to Alamo Plaza and to the Riverwalk – it’s nothing new to us, but neither kid remembered it, so they were happy! We ended up not visiting the Alamo (kids didn’t feel like waiting for the next tour) and not visiting the Guinness World Records Museum (it is grossly overpriced). We decided to treat the kids to lunch at the Rainforest Cafe, only to wait for almost an hour because, even though it wasn’t busy, it was severely understaffed. Turns out the food isn’t that good either. So, the kids were overall happy, but the grownups were underwhelmed.
In November, the Engineer called Fort Sam Houston to get opening hours and precise directions, and we tried the Quadrangle again. For the record, because this can save you a headache: the visit is free, but you need to sign in at Fort Sam Houston Visitor Center at 892 Hood Street. (I mean, based on the map, you’d think you could just walk in from Grayson Street, but in person that didn’t look doable.) From there, you are on the military base – make a left on Wilson Way, then another left on Liscum Road and drive until you get to the parking lot. The kids were immediately interested because there is a tank displayed there! Inside the walls of the Quadrangle are ornamental trees, some deer, and dozens of peacocks, ducks and geese. There is also a limestone clock tower with replicas of cannons at its base. It’s a nice place to relax, though I’m not sure that I’d bring a picnic there just because I think the animals would want our food! There is also a museum about the base and the army in general, where the visit was pleasant – even for the kids, who had a scavenger hunt with a prize at the end! The Quadrangle was once used as a prison and housed Apache Chief Geronimo for a few weeks in 1886; it was entered in the National Register of Historic Places in 1974. We enjoyed the visit, and it seems to be a place that even most locals don’t know about! 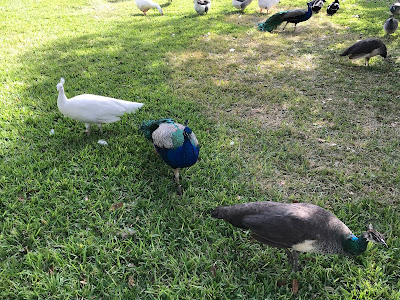 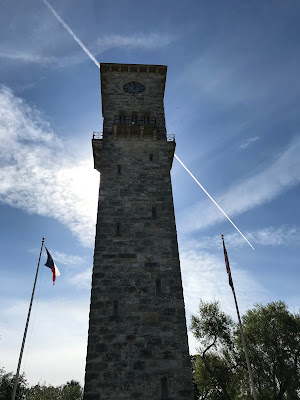