An adventure in dyeing

Last Christmas, the Engineer got me a kit I had been eyeing: this yarn-dyeing kit from Jimmy Beans Wool. It comes with a skein of white yarn, a mason jar, gloves, a mask, and five different colors of powdered dye. Since there’s enough powder for more than one skein, I bought two more (it’s Cascade Heritage, which is a fingering-weight mix of superwash merino and nylon). I gave some thought to what I wanted, and got started. 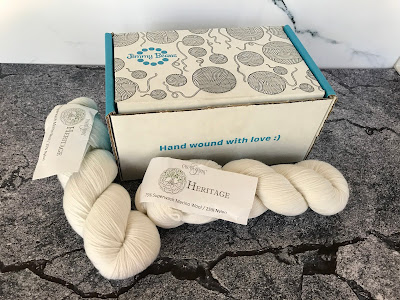 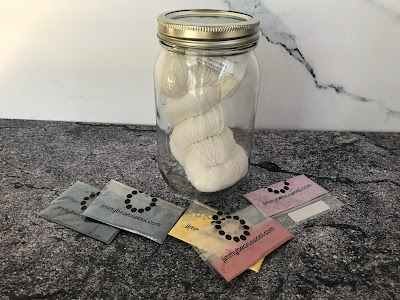 I decided that I only wanted to do the messy part once, so I sacrificed a glass jar and a plastic container to this project in addition to the mason jar (they shouldn’t be reused for food afterwards). The first skein I made was meant to be a gradient of turquoise and blue, from dark to light. I followed directions, and though I ended up with something similar to what is shown online, I was expecting less white in the middle. Since this was rolled up in a ball, I had to use the container with the widest mouth – keep that in mind if you ever attempt a similar project! 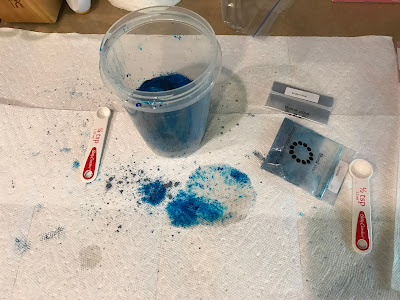 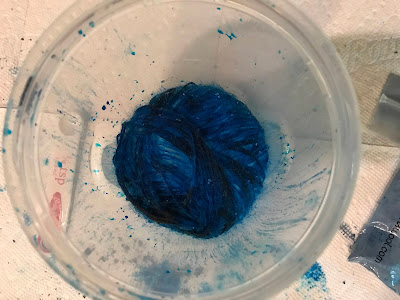 The second skein, I dyed using blue, red, and pink, layered as best as I could from bottom to top of the mason jar. In my opinion, this one came out best! 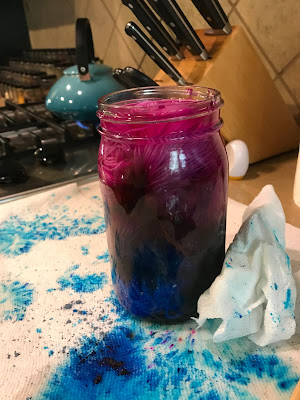 Finally, for the third skein, I wanted it speckled with the remaining colors. I *loved* the look of it when it had just come in contact with the powder dyes! Unfortunately, these dyes were meant to be set in hot water, and the soaking process blurred the colors and got pink everywhere. I might try again someday using a hand-painting technique rather than this one, but it’ll do for now. The paper towels I used to protect the countertop looked fabulous, though! 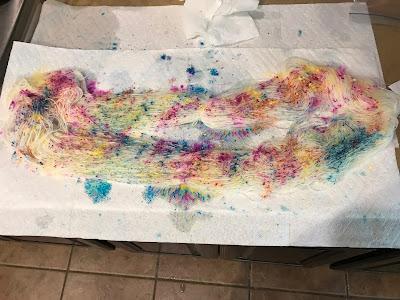 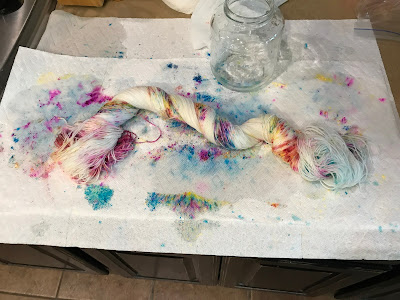 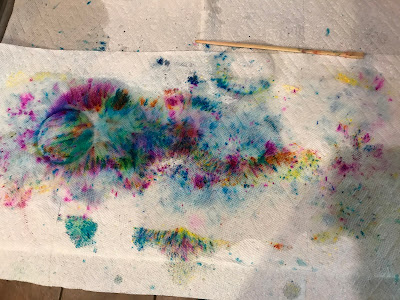 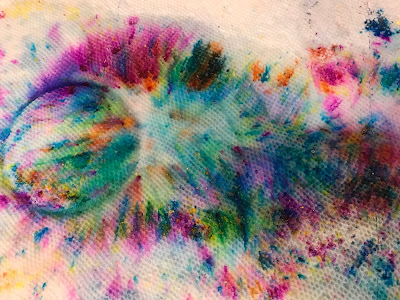 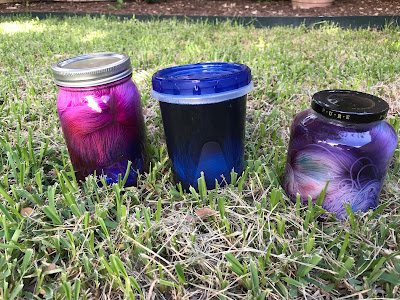 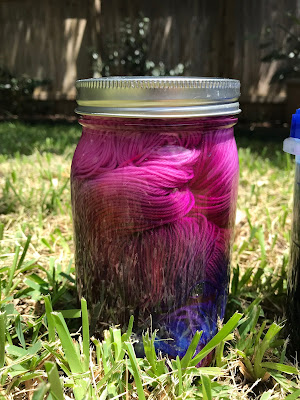 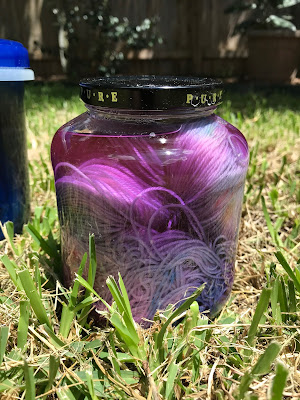 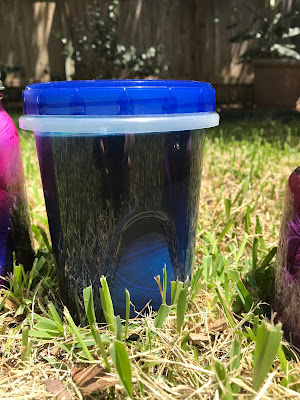 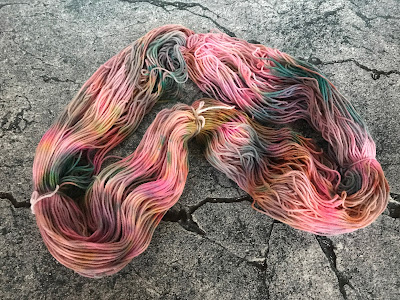 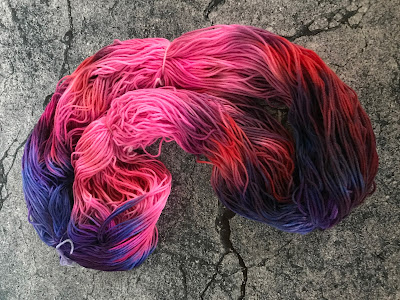 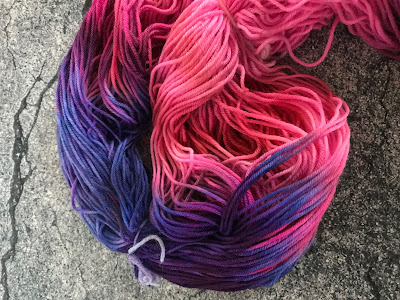 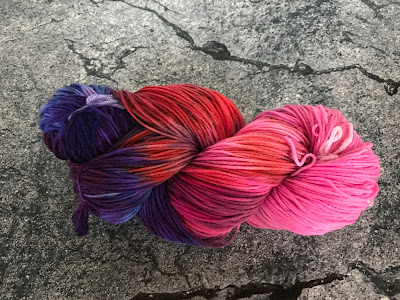 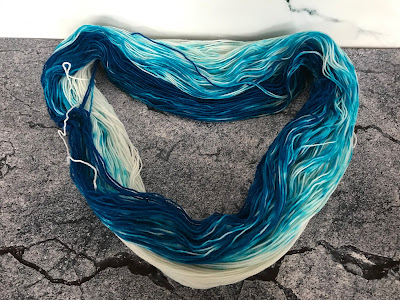 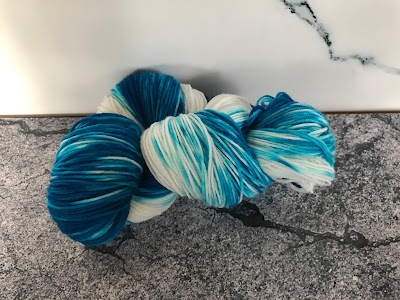 I’ve got a pattern set aside for the second skein, and don’t know what I’ll end up doing with the turquoise one. For the third skein, however, I decided to knit a headband. I chose a stitch similar to this one and used this method for the front knot assembly. I doubled up on the yarn as I was knitting, and it turns out that it made the fabric so much prettier! The way the colors were arranged was very pleasing to me, and I decided I really liked that yarn after all. One skein, even doubled up, had just enough for two headbands. I decided to put one in my Etsy shop, and it sold immediately! I’ll keep headbands in mind when I want to use up a skein. 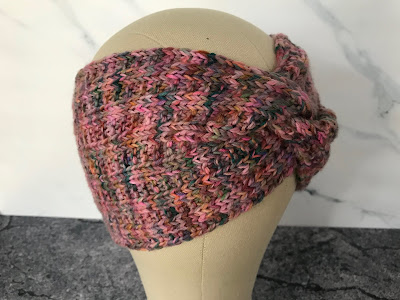 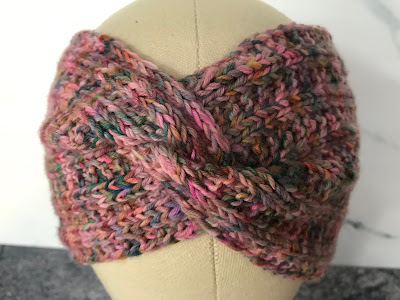 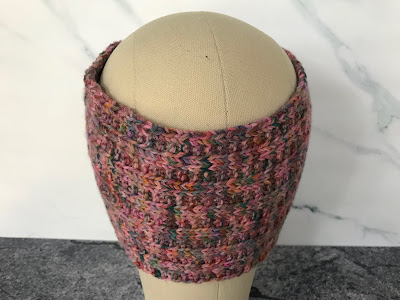 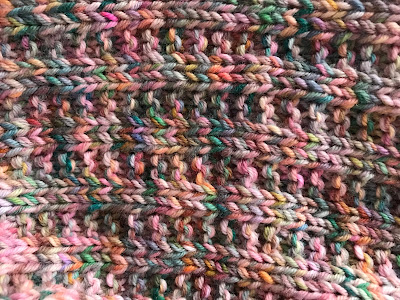 I also knit a dozen or so Christmas ornaments like the ones I made a year ago to use up some leftover yarn. With the permission of Julie Williams (Little Cotton Rabbits on Ravelry), I’m selling those in my Etsy shop as well. As a matter of fact, until December 15th, you can get a 25% discount if you buy two or more by using the code BUY2SAVE. Shipping is free in the U.S.! 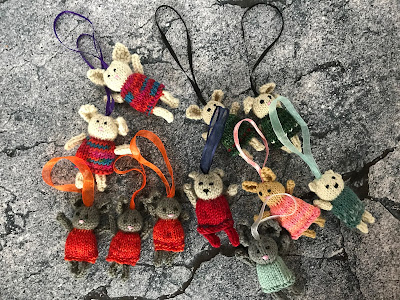