Since we’ve been cooped up for the past year and a half, and since the adults in our household are fully vaccinated, we decided to treat ourselves to a road trip to Florida. It was relatively last-minute (everything was booked in late May for an early-to-mid-June trip) and budget-conscious; we decided to mostly stick to the west coast and make it down to Key West. Overall, I would say this trip was both disappointing and totally worth it.
Our first stop in Florida was Destin. The Engineer managed to find a hotel not far from Miramar Beach without having to resort to a second mortgage, though it was obviously more expensive than the side-of-the-highway hotels we’re used to. The beach was beautiful: soft white sand, blue-green water, and some space to spread out our blanket even though it was busy. Unfortunately, there were both a red flag (rough waters) and a purple one (wildlife), so we weren’t supposed to go into the water deeper than our knees, which was disappointing. The next morning, both kids voted to swim in the hotel pool instead of going back to the beach.
We moved on to Gainesville, where we visited the Florida Museum of Natural History (free visit, $4 for parking). They had an impressive collection of butterfly specimens, as well as exhibits on local flora and fauna, both prehistoric and modern. It was well worth the visit! 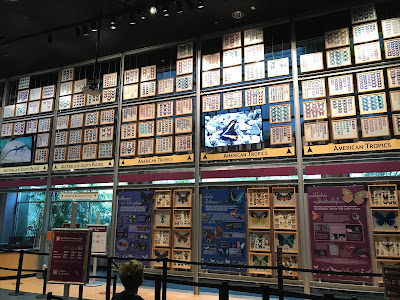 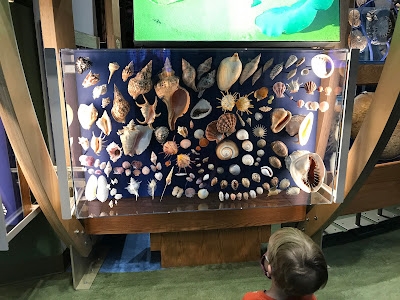 The next stop (and hands-down highlight of the whole trip) was two days on Sanibel Island. I wanted to go there because it is renowned for shelling – its east-west orientation means that lots of shells make it there intact, as opposed to most of the Florida coastline, which has a north-south orientation. The view from the bridge on the way there is breathtaking! The island felt like a tropical paradise to me, with luxuriant palm trees and exotic flowers everywhere, a street lined with little shops (let me name-drop Love Boat Ice Cream, where a small serving of sorbet allows you to get 3 flavors, and Cip’s Place, where we ate very well), and a wide bike path all along it. Had the kids been older, we would have rented bikes for a day! For what it’s worth, we stayed at Shalimar Cottages and Motel, which is right on the beach and absolutely lovely. The water was blue and warm, but as it’s a shelling beach, there are more pieces of seashells than white sand near the water. This isn’t a problem as long as you have water sandals or water shoes – or, as long as your kids agree to wear said sandals and shoes! There were also sea turtle nests on the beach. Our two days there were heaven, and we’d love to go back someday for a longer stay (though it would make more sense to fly to Tampa or Miami rather than drive, at that point). 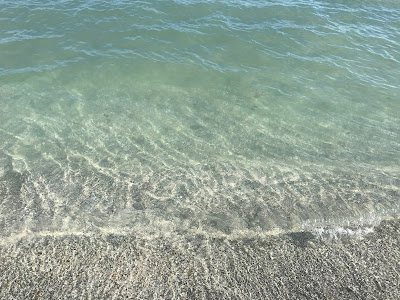 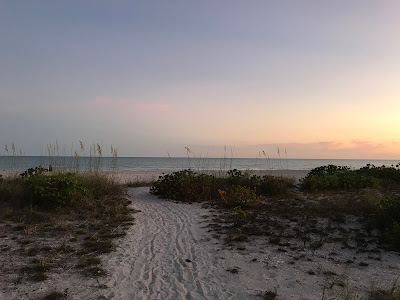 From there, we went to Miami for the afternoon; we drove near the Skyviews Miami Observation Wheel, then found public parking near Ocean Drive and 5th. We walked up the Art Deco district, then back down through the park near South Beach (definitely more pleasant). Honestly, I’m glad I saw it, but I wouldn’t care to go back. Miami did have museums that looked interesting, had we had the time to visit them. 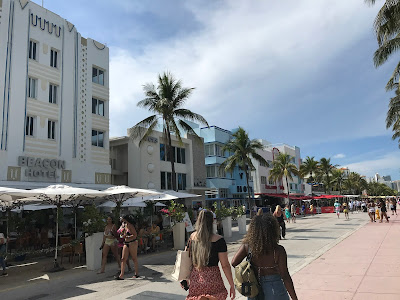 The next day was a round-trip to Key West (if we had been less last-minute and less budget-conscious, we would have spent the night, but it was not to be). As a passenger, I thought the drive was beautiful, though it’s obviously tougher for the driver! Once in Key West, we walked around a bit, mostly near Whitehead Street (we saw, but did not enter, Ernest Hemingway’s house and the lighthouse). We had a great al fresco lunch at the famous Blue Heaven and made sure to order key lime pie for dessert! After lunch, we went to the Southernmost Point Buoy; unfortunately, by that time, it was really hot and my family was tired, so I got outvoted and didn’t get to stand in line for a photo. We made our way back to the mainland, again with those gorgeous views from the road. 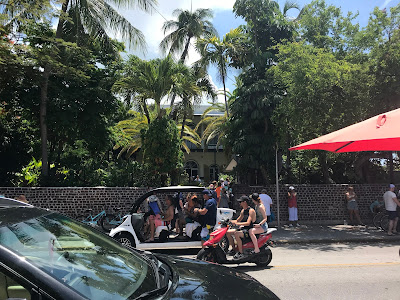 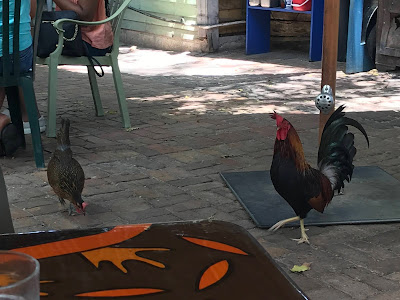 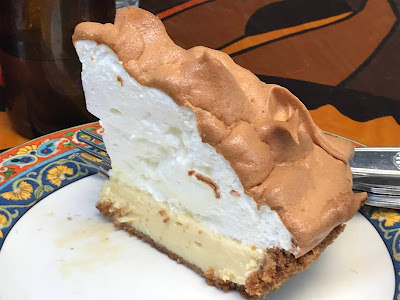 Our last beach stop was Clearwater. We went to the beach twice in those two days, but it was a time when it seemed like the ocean was roiling up everything that was at the bottom and spewing it out onto the beach. It was impossible to set foot in the water without being covered in pulverized seaweed, there were several fish carcasses, and it was just unpleasant all around. We also went to the Clearwater Marine Aquarium, which is a big local attraction. That being said, unless your kids are fans of the Dolphin Tale movies, I wouldn’t recommend it. I mean, the dolphins are great, but apart from that, there isn’t much to see (two otters, a few sea turtles and pelicans, some rays and fish; plus an exhibit on whales with life-sized models at the time of our visit). Given that the price of admission is similar to that of the aquariums in Vancouver or Boston, but the offering is so paltry in comparison, it was actually quite disappointing. 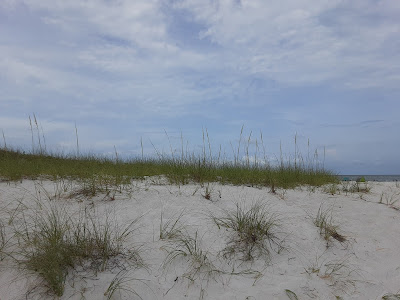 The final thing I wanted to see was Manatee Springs State Park. It’s inexpensive ($6 per vehicle) and there is a nice boardwalk that goes alongside the spring to the Suwannee River. The water from the spring was really clear, and we considered swimming, but opted to let the kids lose on the playground instead. Unfortunately for me, it wasn’t the right season for manatees, though we did see birds and turtles. For what it’s worth, the brochure we picked up on site says the manatees are regular visitors from November through April. 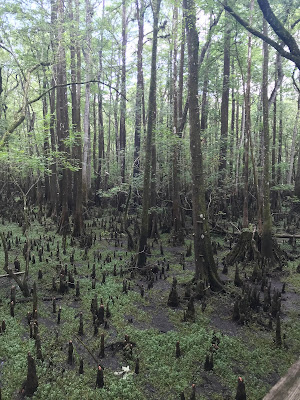 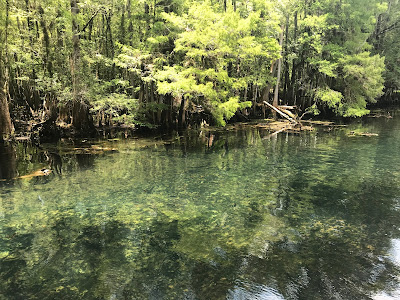 Despite the lowlights of this adventure, the kids still regularly talk about the trip and are often asking to go back. I learned that Florida has a lot more conifers and Spanish moss than I was expecting, and also way fewer postcards. (Is this a thing now? You’d be hard-pressed to find a public phone, and postcards aren’t really popular anymore, even though they used to be?) We’ll definitely keep Sanibel in mind for future vacations.
Posted by Amélie at 12:00 PM

Sarah Cook said...
This comment has been removed by a blog administrator.
12:13 AM