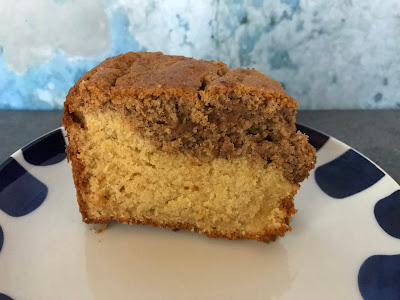 I pulled out Joanne Chang’s Baking With Less Sugar again and took a look at the recipes I had flagged but hadn’t made yet. I zeroed in on the vanilla-pecan coffee cake, which she adapted from her bakery’s famous sour cream coffee cake. The cake itself has less sugar than the original version, and the streusel uses honey (still a sweetener, but one with a lower glycemic index).
The method for the streusel, and especially for mixing it with the cake, was new to me, but it worked out well. The caveat of this cake is that since it is low in sugar, it will not keep for long – it’s best eaten within a day or two, but since we were making small slices, ours lasted longer and I stored it in the fridge. I think it would be fair to say that we all liked this cake, but I think no one loved it.
For the streusel
¾ cup (75 g) pecan halves
3 Tbsp. honey
1 tsp. ground cinnamon
½ tsp. ground ginger
¼ tsp. ground cloves
½ tsp. kosher salt
6 Tbsp. (45 g) cake flour
2 Tbsp. lactose-free butter, at room temperature
For the cake
2 ½ cups (300 g) cake flour
2 tsp. baking powder
½ tsp. baking soda
1 tsp. kosher salt
2/3 cup (140 g) sugar
1 cup (2 sticks) lactose-free butter, cut into 6 pieces, at room temperature
2 large eggs
3 egg yolks
1 Tbsp. finely grated orange zest
2 Tbsp. vanilla extract
1 cup lactose-free sour cream (or crème fraiche if you’ve got it/can make it)
Place a rack in the center of the oven and preheat to 350 °F. Butter and flour a 10-inch tube pan with a removable insert. (The removable insert is important. If you don’t have such a pan, I’d try using a springform instead.)
Put the pecans on a baking sheet and toast for 8 to 10 minutes or until lightly toasted. Set aside to cool.
In a food processor, combine the pecans, honey, cinnamon, ginger, cloves, salt, cake flour, and butter and pulse for about 20 seconds, or until the mixture comes together roughly and looks like quicksand. Transfer to a medium bowl and set aside; you should have about 1 cup.
Using a stand mixer fitted with the paddle attachment, mix the cake flour, baking powder, baking soda, salt, and sugar on low speed just until well mixed. Add the butter, one piece at a time, and continue to beat on low speed for 3 or 4 minutes, or until the butter is well incorporated into the dry ingredients. The mixture will look like coarse meal.
In a small bowl, whisk together the eggs, egg yolks, orange zest, vanilla, and sour cream until thoroughly mixed. With the mixer on low speed, slowly pour about half of the egg mixture into the flour mixture and mix until combined. Increase the speed to medium and beat for 1 ½ minutes. The mixture will go from looking thick, clumpy, and yellowish to light, fluffy, and whitish. Stop the mixer once or twice during the mixing and scrape down the sides and bottom of the bowl with a rubber spatula to make sure all the ingredients are mixed in. Decrease the speed to low, add the remaining egg mixture, and beat for about 30 seconds, or until combined. Again, stop once or twice during the mixing to scrape down the sides and bottom of the bowl.
Spoon about 1 cup of the batter into the streusel and fold the streusel and batter together until well mixed. (This step helps keep the streusel from sinking directly to the bottom of the pan during baking.) Scrape all of the non-streusel batter into the prepared pan and smooth the top. Then top with the streusel batter, spreading it in an even layer and smoothing it out.
Bake for 40 to 50 minutes, or until the center of the cake springs back when you press it and the top is pale golden brown. Let cool in the pan on a wire rack at least 3 hours, or until completely cool, then run a paring knife around the edge of the pan and carefully pop out the cake and the removable insert. Run the knife around the bottom of the pan and invert onto a wire rack or plate, gently shaking until the cake pops out; then top with a second wire rack or plate and flip so it is right-side up.
The cake can be stored in an airtight container at room temperature for up to 2 days. Any longer than that and I recommend storing it in the fridge or freezing it. 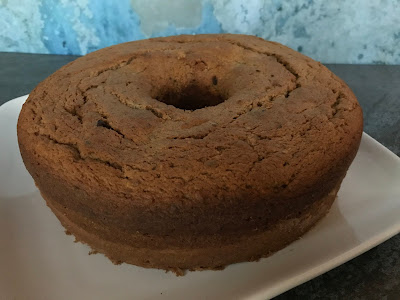 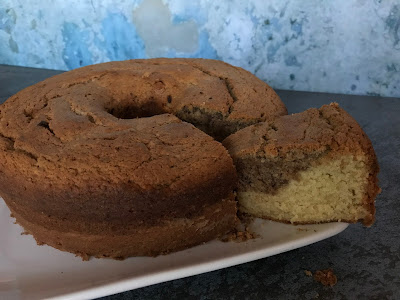 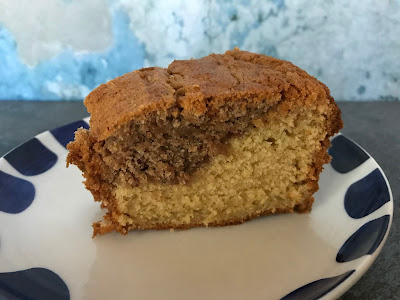