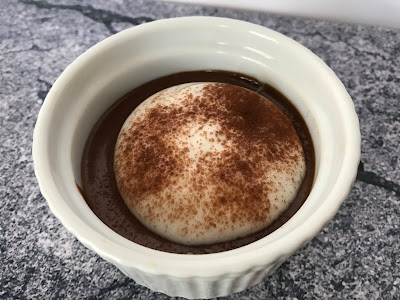 I don’t think there’s ever a bad time for chocolate pudding, and I had Smitten Kitchen’s recipe for chocolate budino calling my name, so I went for it. “Budino” is the Italian word for pudding or custard; this version is particularly rich, what with the egg yolks and the cream, but this was worth it. I used Silk heavy whipping cream alternative instead of cream, and it worked perfectly!
You can top this with more vegan whipped cream, and optionally dust that with cocoa or cinnamon, but it was also delicious plain.
5 egg yolks
1/3 cup granulated sugar
2 cups lactose-free whipping cream (see note above), plus another ½ cup for topping (optional)
8 oz. semi-sweet chocolate (60% or so), finely chopped
2 tsp. lactose-free butter
2 pinches sea salt
¼ tsp. vanilla extract
2 tsp. bourbon, brandy, or another liqueur (optional; I didn’t use it)
In the bottom of a medium-sized saucepan, whisk egg yolks with granulated sugar until fully combined.
Slowly drizzle in 2 cups of cream, whisking the whole time. Warm mixture over medium-low heat, stirring frequently, until it is thick enough that it coats a spoon. (Don’t let it simmer or boil.)
Place chopped chocolate in the bottom of a large bowl and set a fine-mesh strainer over it. Pour egg yolk mixture through strainer, onto the chocolate. Remove strainer and stir; the heat of the egg yolk mixture should melt the chocolate.
Add butter, salt, and vanilla, and mix until butter is melted and combined. Divide between small cups (you’ll have about 2 1/2 to 2 2/3 cups of budino mixture; I made 8 servings out of it) and chill until fully cold and set.
Either right before you serve it or, when the chill is off the custard enough that it won’t melt the cream, whip remaining ½ cup lactose-free cream to very soft peaks. Spoon generously over each cup. Serve cold. 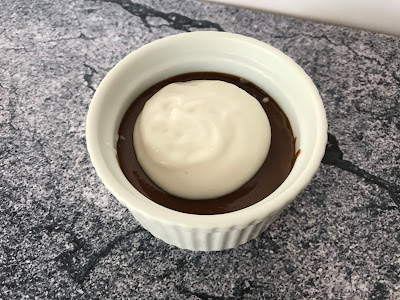 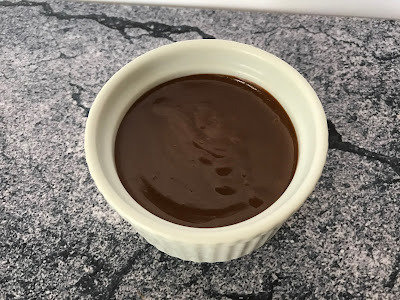