I took a little break in knitting from the stash to make two sweaters. The first was a sort of commission: a friend of mine who lives in Canada was lamenting the fact that she couldn’t find a 100% wool sweater for her daughter, and she offered to pay me to make one. So I decided to make Flax, which I’d been eyeing for years! It’s been knit a whopping 21,000 times on Ravelry alone. Incredibly, it’s a free download, and it comes in a variety of sizes from 0-6 months all the way to an adult 6XL! It’s also a unisex sweater, so I figured that my friend’s infant son can wear it someday too. I ended up only charging her for the yarn, which was 4 skeins of Plymouth Yarn Worsted Merino Superwash in Red (I made the 10yo size).
It was an easy pattern to follow, even with the optional short row shaping for the back of the neck. It’s a typical top-down with raglan sleeves, and there’s a band of purl stitches all the way down each sleeve. Since all the rest is in stockinette stitch, it would also make a good canvas for a design or cable pattern on the front, if you are so inclined. (For what it’s worth, my friend liked it so much that now she’d like one in her size, so I’ll put that in the queue!) 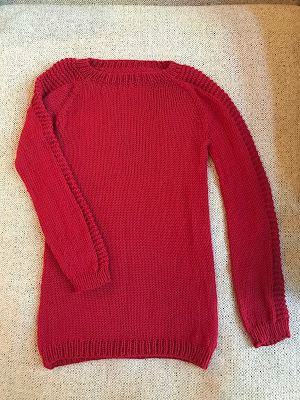 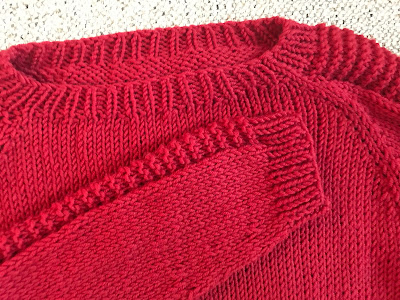 When I was done, I still had most of a skein left, so I decided to throw in a few hats. I chose this Quick Ombré Hat because it looked both cute and easy. I made the first hat by pairing the red Plymouth yarn withMalabrigo Rios Yarn in Glazed Carrot from my stash, and then I made a slightly smaller hat in which I finished the orange Malabrigo so switched to leftover Dragonfly Fibers Pixie in Airport Hotsauce (they no longer carry that colorway, but I think Molten would be close), by using two strands to knit. You can see the difference if you pay attention, but this hat pattern is very forgiving of a yarn change! It’s also very satisfying to make something this nice so quickly. 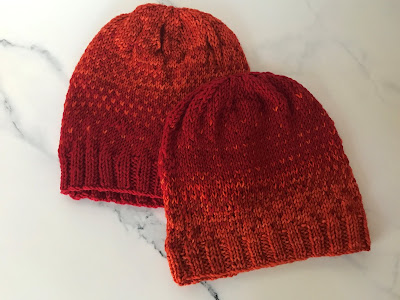 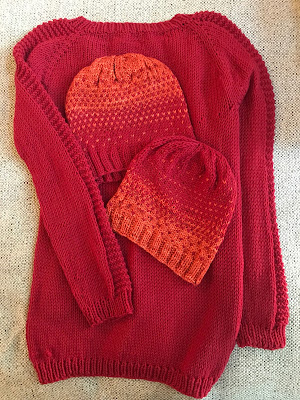 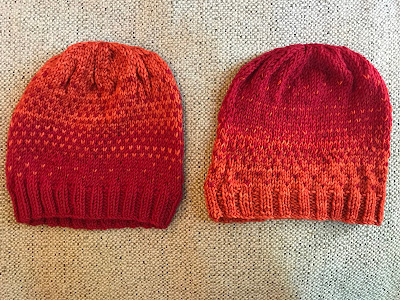 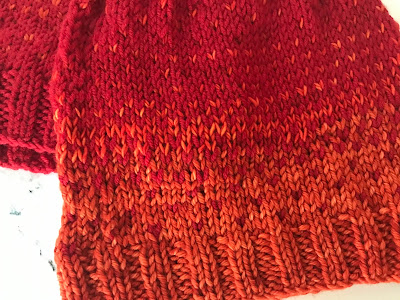 The other sweater I made was for my niece. I decided this was the perfect opportunity to make the Starboard sweater, which has pockets (!) and is made more for cool days than cold winter ones. She asked for yellow, so I used 4 skeins of Cascade 220 Superwash Yarn in Golden (also for the 10yo size). This was also an easy, top-down pattern. I had some trouble with the pockets, because they are knit right onto the shirt from the bottom, then it is folded back and the sides are sewn into place. I had to use scrap yarn in a different color to trace where I should sew them, but even then I felt like the bottom edge wasn’t clean enough. That being said, I really like the sweater overall! 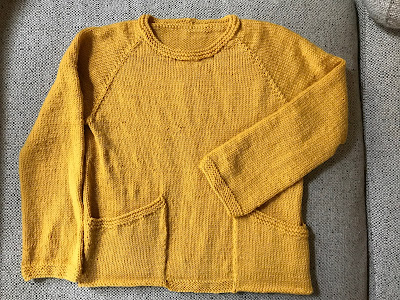 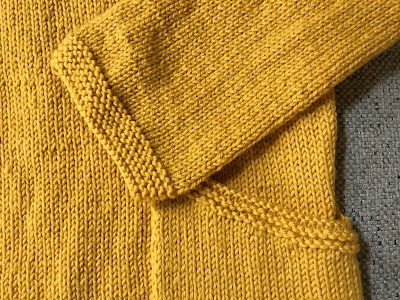 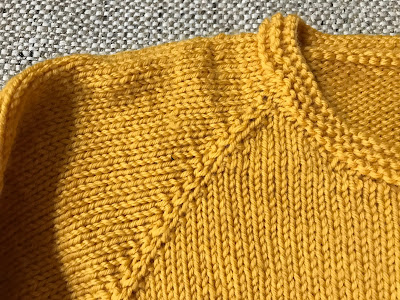 Since I had a bit od red yarn left, I made a quick Rustic Little Heart to slip in the pocket. She loved it! Apparently when she found it, she smiled and said she would keep it all her life. 😊 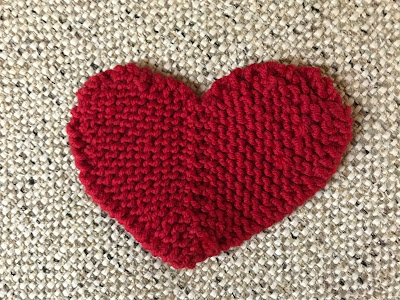 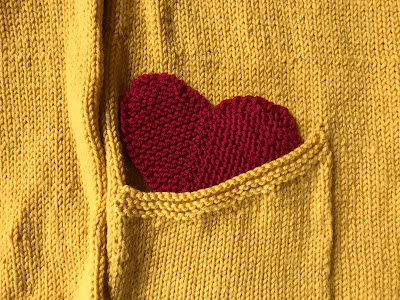 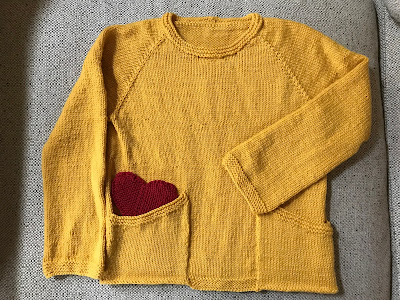