I had been thinking about sheet pan gnocchi dinners (like this one and, well, basically thinking I shouldn’t make that again for a while because gnocchi are basically all carbs, right? But then I saw this version on Real Simple, which… doesn’t have gnocchi. I mean, it’s basically the same ingredients I had on the brain (sausage, bell peppers, grape tomatoes, onions), just without the gnocchi. And it was great! They do recommend serving it with a loaf of warm, crusty French bread, which obviously sounds delicious, but I omitted it. This dish was really good as is, and the Fox even said that he’s now okay with bell peppers. 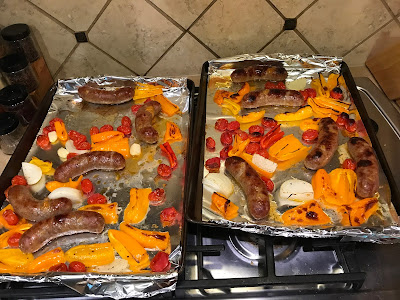 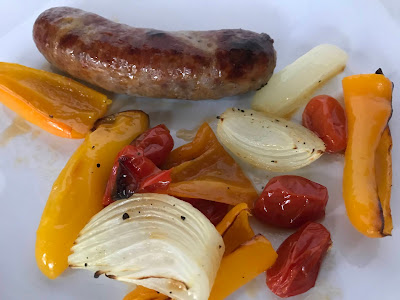