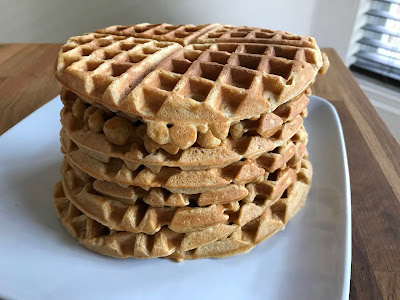 It’s been a while since I made waffles because, as it turns out, my waffle iron was at the end of its life span. (I say “my” waffle iron, but really, the Engineer bought it when we started dating, so I suppose it’s lived a while.) I had made whole wheat chocolate pumpkin waffles last fall and even though I sprayed the iron again between each waffle, they stuck to the iron and crumbled apart and it was a mess. And, you know, they were good, but didn’t taste at all like pumpkin or cinnamon (which might be a plus, depending on how you see things). But I was starting to doubt my waffle iron by then, so I made my coconut waffles again because I know they work. Turns out, the waffle iron was the culprit! It just didn’t want to release any more waffles, ever. And then it took me a long time to get a new one, mostly because I couldn’t find the type of waffle iron I wanted (i.e., something small that I can easily put away, not a $200 counter ornament). I finally ended up buying another iron, made by a brand that I usually don’t like and won’t name, coincidentally the same brand as the first waffle iron, but it works fine. And to celebrate, I made coconut waffles again and served them with a rhubarb-strawberry quick jam that was finger-lickin’ good. 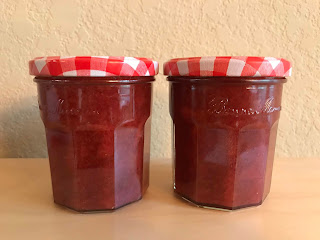 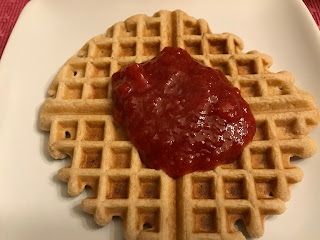 Then it was time to try a new recipe again, so I made these sweet potato waffles. These were really good! I ended up making them ahead of time, because I don’t really want to whisk egg whites at 6:30 in the morning with a hungry kid whining about when it’s going to be ready. I kept them in the fridge and reheated them before serving them with maple syrup, but they freeze well, too. I got a total of 8 waffles.

Place sweet potatoes in a steamer basket set in a large saucepan of simmering water. Steam potatoes until tender, about 17 minutes. Set aside to cool a bit.

In a large bowl, whisk together flour, baking powder, salt, and spices.

Add potato mixture to the dry ingredients and whisk to blend.

Coat waffle iron with nonstick spray. Working in batches, add batter to waffle iron (amount needed and cooking time will vary depending on machine). Cook until waffles are lightly browned and set. 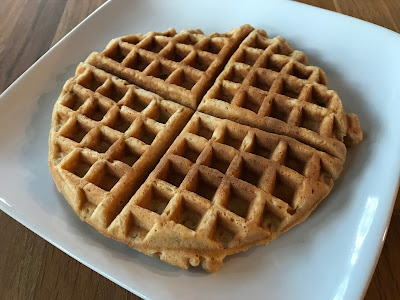 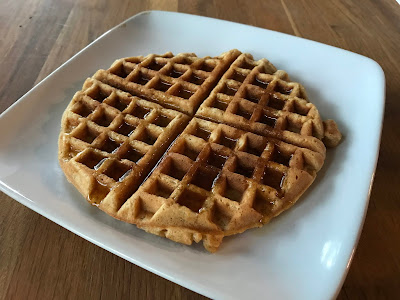 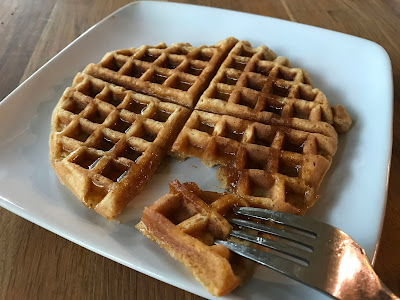