In January, we went to Pearsall Park, which is apparently the largest park in San Antonio. We focused on the playground area (though there are also fitness areas, a dog park, etc.), and since it was winter, there weren’t too many people. (I’m looking now at the photos online with the splash pads working and the crowds, and I know that I would get overwhelmed there.) The kids loved it, and it’s far enough from our house that it really was an outing. We followed that up with lunch at Blue Star Brewery in Southtown, where they have (among other things) a delicious appetizer of pulled pork cheese fries that reminds me a bit of poutine. 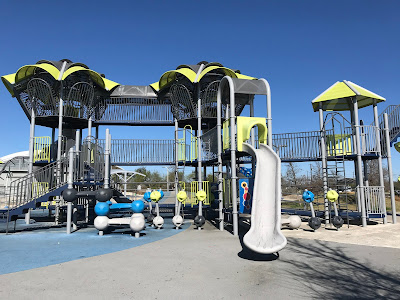 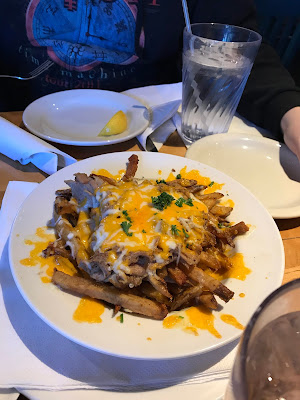 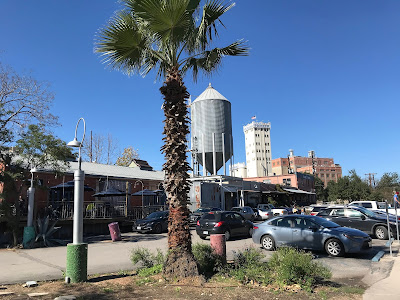 Our second outing was to the San Antonio Zoo. We hadn’t been since they’d added two elephants to keep Lucky company, and we realized that the Fox had NEVER been! The International School of San Antonio invited us on an outing, even though our children don’t attend, and when we realized that we would be feeding the giraffes, we were sold! That was the highlight of the day for me. The friendly guy pictured below is Alan. We did a cursory visit of the African animals, then ate crêpes provided by the school while sitting on a deck over the rhino enclosure, after which we were free to continue the visit on our own. The kids got tired quickly after that, though. 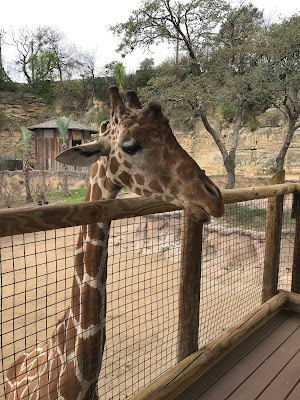 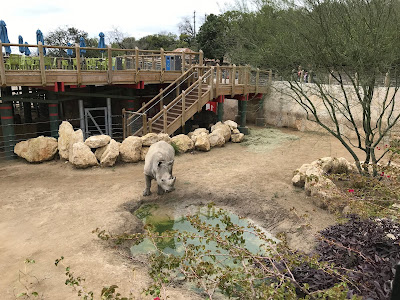 Our last outing was to the Magik Theater, which was having a run of Dragons Love Tacos. Our kids love the books, so we thought this would be a great theater experience for them. And it was! The cast and theater staff really made the story come to life and added enough material to keep the kids entertained. Plus, the dragon costumes were fabulous! I’m including a promotional photo – each dragon head is made of foam and took 60-70 hours to craft. After that, we ate tacos for lunch at El Milagrito, which is really known for its barbacoa tacos (delish!). 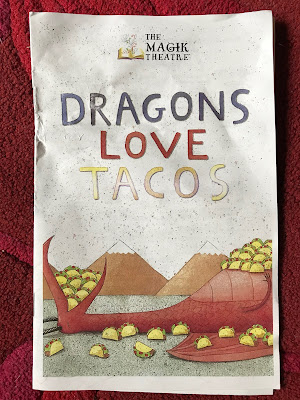 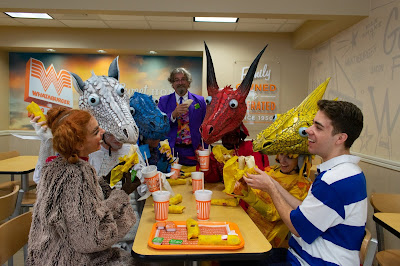 We went on the Friday of spring break; at that point, we were starting to get anxious about being out and about, and we used copious amounts of hand sanitizer. It was only later that day that school was officially cancelled for the following week, and it took even longer for confinement measures. The Magik Theater and zoo are now closed. I was planning a girls’ trip (my very first) in April, but that’s been cancelled as well (or, as we’re optimistically putting it, postponed). I’m not sure that kids will go back to school this year. I’m eligible for unemployment benefits under the new federal emergency bill, but I have been calling every day for almost a week and I still haven’t gotten through. Our citizenship applications are on hold because there are no swearing-in ceremonies (we passed the naturalization exam, so taking the oath is really the only thing left). It’s mind-boggling how much life has changed in the past weeks, and yet we’re still very, very fortunate. I don’t know when or what the next outing will be, but I’m already really looking forward to it.