- PSA: Green Valley Organics changed its name to Green Valley Creamery. The bad news is that for the moment, they are no longer making lactose-free butter, as there is apparently a nation-wide shortage of organic cream. 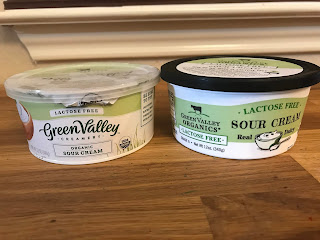 - I heard about Sarah Harmeyer, who brought her community closer thanks to a large wooden table handmade by her father. Together, the two now run a company called Neighbor’s Table where you can order your own handmade table (continental U.S. only). If I had $1,700 to spare, I think I’d actually order one!

- A really interesting article titled Everything you know about obesity is wrong. There is so much information in there that it’s a wonder society (and doctors in particular) still treats obesity in ways that don’t work. Did you know that ALL diets fail? The chances of a woman classified as obese reaching a “normal” weight are 0.008%. Unfit skinny people are twice as likely to get diabetes as fit fat people. And only 4% of all agricultural subsidies go to fruits and vegetables. Anyway, it’s a long read, but well worth it.

- A British study found that men are embarrassed to order vegetarian food.

- And, oh yeah: elimination diets can MAKE you allergic to a food you previously tolerated.

- I just read a very interesting article in Real Simple titled (in the print edition) How to split the chores so everyone is happy. It contained interesting statistics, such as the fact that chore-related arguments are the third most cited reason for divorce (after infidelity and drifting apart). Also, adoptive parents are happier than other parents with the division of labor in their household. This could be due in part to the fact that couples who adopt have often survived difficult times (infertility, IVF, the adoption process itself) and have a strong partnership. But research suggest that this is also in part because given the absence of pregnancy and breastfeeding, both parents start out on a more even playing field. Finally, “same-sex couples are somewhat more likely than straight couples to feel their division of chores is fair” because “they’re less likely to fall back on traditional gender roles and make assumptions about who will do what” and more likely to assign tasks “based on preference, ability, and natural inclination.”

- The above article made me think of the always relevant comic, You should’ve asked.

- It also reminded me of an article I linked to previously, from The New York Times Magazine, which had found that a more equal marriage meant less sex. It turns out that their data was from the early 1990s (even though the study was published in 2013); a more recent study with data from 2006 found that this trend had reversed. (There’s an article about it in French here.) Interestingly, though, according this the more recent data, couples where men who did at least 2/3 of the household chores had less sex than either couples who split things 50/50 or couples where women did at least 2/3 of the chores (but couples with an even split of chores had the most sex). I’d love to see data from the past few years!

- In a recent issue of Parents magazine, I read an article titled Parenting with a Buzz. I found it interesting mostly for the statistics, because I don’t really drink myself and so had no idea what is considered “normal”, beyond the memes I see online and in stores. (I just never liked wine or beer and I never found pleasure in being drunk. My idea of daily self-care is a few squares of dark chocolate in the evening. And knitting.) So the fact that 47% of moms have been drunk or tipsy in front of their children was surprising to me. Also, 50% of women say they drink more than their mothers, but it’s hard to say to what extent generational differences mean something is wrong. And 77% of moms say that it doesn’t affect the way they parent (which means that, depending on how the question was phrased, perhaps over 1 in 4 moms thinks that alcohol DOES affect the way she parents, and then one might wonder whether she meant that she lays off until the kids go to bed or whether she is actively trying to be more chill). And nearly one in three Americans is an excessive drinker.