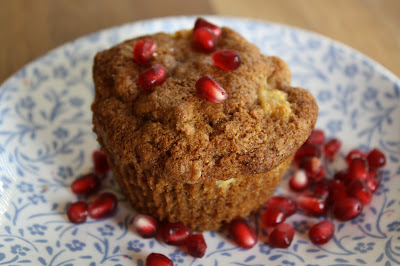 I had some sour cream to use up before the expiry date, and as I was passing my bookshelf in the kitchen, I saw Julia Turshen’s Small Victories and remembered that there was a recipe for sour cream pancakes I wanted to try in there. It was very good, especially with the accompanying roasted blueberries, but the pictures didn’t come out decent. However, while I had the book out, I took a look again at all the Post-It flags I had placed on recipes I wanted to make, and I ended up making a half-dozen of those in the following two weeks. And suffice it to say, I’m really glad I bought this book! I’ll post more recipes in the coming weeks, but I’m starting with the apple and toasted oat muffins. (This recipe also appeared in People magazine.)

Spread oats on a rimmed baking sheet; bake in preheated oven, stirring occasionally, until oats are golden brown and smell toasty, 5 to 8 minutes.

Stir together toasted oats and 1½ cups of the flour in a large bowl. Whisk in baking powder, baking soda, cinnamon, ginger, salt and cloves. Stir in sugar, butter, milk, egg and vanilla.

Toss together raisins, diced apple and remaining 2 tablespoons flour until fruit is well coated. Add mixture to batter, and stir to combine. Using an ice cream scoop, spoon batter into each of the 12 baking cups.

Bake muffins until browned and a wooden toothpick inserted in center of muffin comes out clean, 25 to 30 minutes. Cool to room temperature. 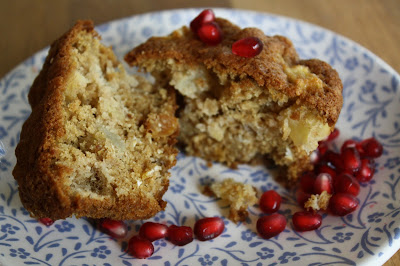