- First off, I tried Daiya’s “cheesecake” in chocolate flavor. I initially liked that it was readily available and easy on the wallet, especially compared to Sirabella cheesecakes, but as it turns out, it’s also much smaller. And it’s good, but not as good or as creamy as Sirabella… So I think it’s nice to have as dessert once in a while, but I didn’t like it as much as Sirabella. That being said, isn’t awesome that we actually have a choice in which vegan cheesecake we want to buy? 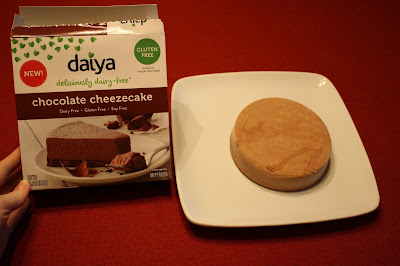 - I tried Veruca’s Gelt for grown-ups, in dark chocolate and sea salt, because I’d been hearing good things about it for a long time. It is in fact pretty good, though not remarkable. It’s a nice novelty item, though, and I think it would make a good hostess gift for Hanukkah (it’s dairy kosher, though no actual ingredients are dairy). Keep in mind that it’s produced in a facility that also handles tree nuts, milk, eggs, wheat and soy. But it’s a not cheap, and having it shipped from Chicago can be expensive, so I don’t think I’d get it again. 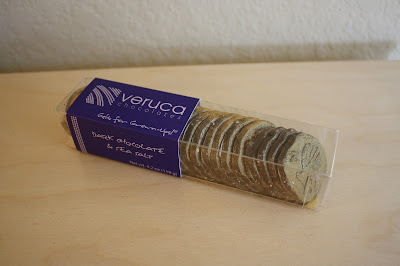 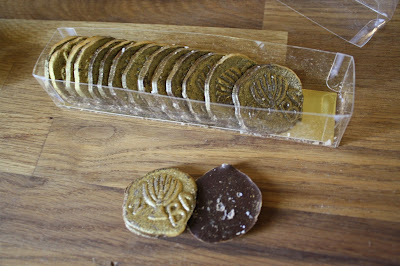 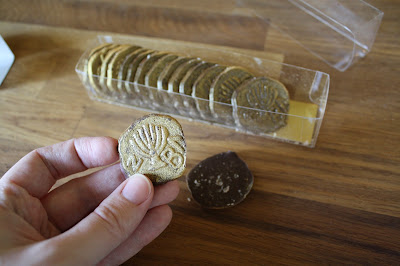 - I have (and love) The Blue Chair Jam Cookbook, and while I haven’t jumped into jam-making just yet, it is something that I intend to do eventually. In the meantime, I decided to treat myself and buy some marmalades from Blue Chair Fruit. I tried and liked the bergamot one, but the grapefruit-orange-meyer lemon marmalade is seriously one of the best I’ve had! It’s not as bright orange-yellow as most citrus marmalades out there, but what I love is that the citrus peels are so soft that they dissolve easily in one’s mouth and are much more pleasant to bite into than in other kinds of marmalades. I really recommend this one! Keep in mind that the selection is seasonal. 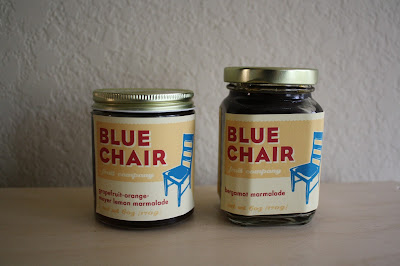 - I tried Cawston Press’s sparkling rhubarb drink. It is good, though the rhubarb taste still isn’t as pronounced as I would like. It also loses its fizz quickly out of the can, and the taste goes along with it. So I much preferred La Rhubarbelle’s Pétillant de rhubarbe, but obviously that’s not an option in Texas. 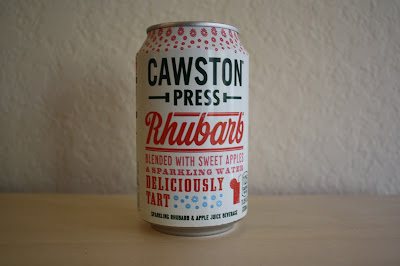 - I also fell in love with Whole Foods’ Maple Gingerbread Sandwich Cremes, which were absolutely delicious! Like maple sandwich cookies, but the filling had some spices (and no molasses), and they were divine. Unfortunately, they were seasonal, so I’ll have to wait until next fall before I can have them again. Considering how fast they sold out, though, I’d hope Whole Foods will consider making them a permanent addition!